Taming of the Scoundrel (Il bisbetico domato), The

The Taming of the Scoundrel (original title Il Bisbetico Domato) is a 1980 Italian comedy directed by Franco Castellano and Giuseppe Moccia (credited as Castellano & Pipolo). The plot is loosely inspired by William Shakespeare's The Taming of the Shrew. A grouchy farmer Elia, known around his small Italian town as being wonderful to his employees, but actively driving everyone else away, is in for a surprise when a beautiful girl from the city, ends up on his stoop after her car breaks down in the rain.

The following weapons were used in the film Taming of the Scoundrel (Il bisbetico domato), The:

During the "hunt", Elia Codogno (Adriano Celentano) used the semi-auto shotgun what appears to be a Winchester Model 59 (this can be distinguished from other similar shotguns by the location of the cut-off button, which is set closer to the barrel). It is curious that the shutter does not move (apparently due to the lack of energy from blank ammo for self-reloading). 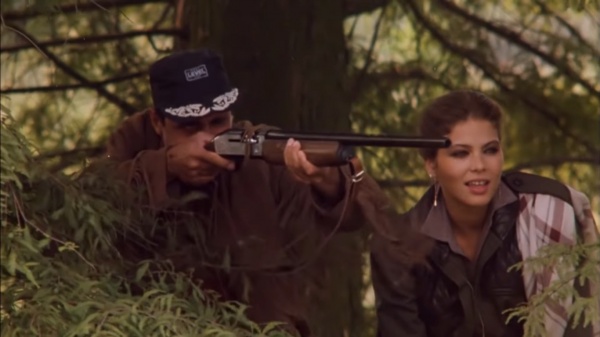 Elia takes aim out of his shotgun. The cocking handle is for some reason is tied... 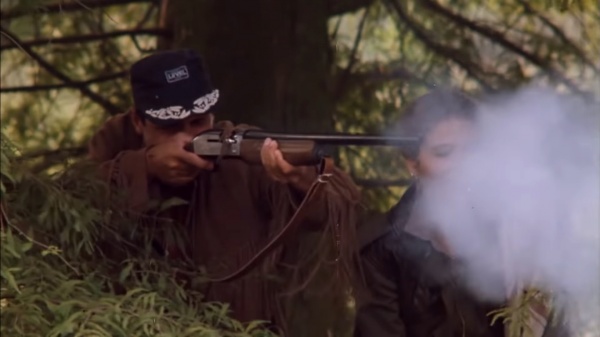 ...and remains motionless when fired. 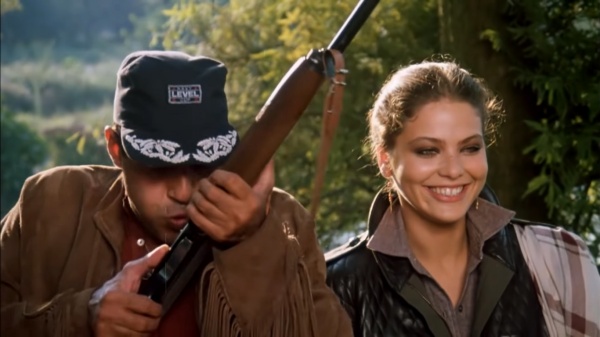 Elia holds shotgun after the firing... 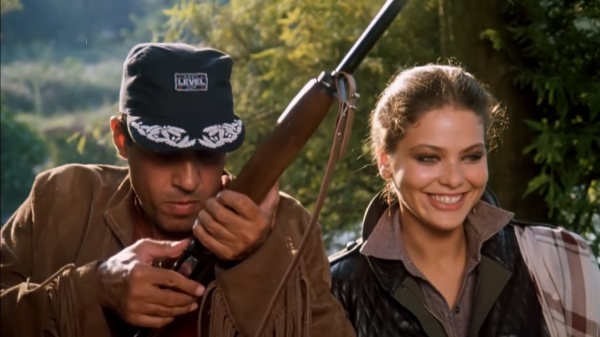 ...and presses the cut-off button.

One of the hunters are seen with Manufrance Rapid shotgun. In the destruction scene, the gun switches to a wooden mockup. 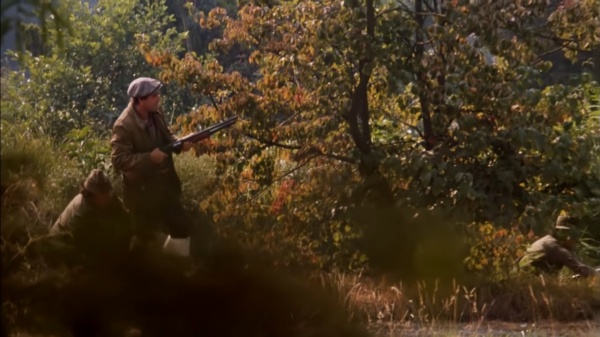 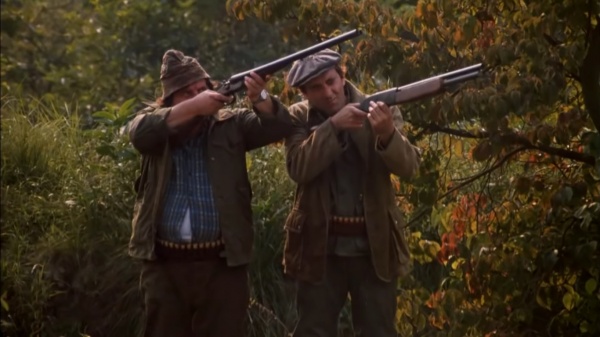 In the next scene, the gun switches to a wooden mockup. 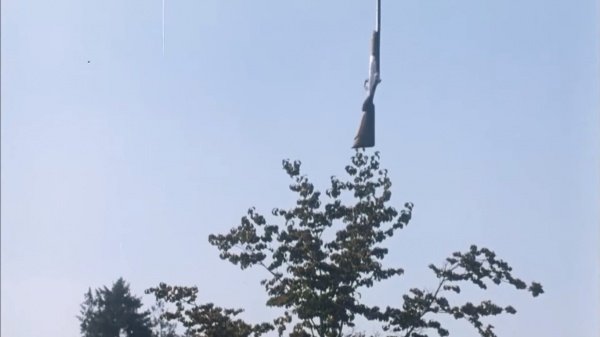 In the next scene, the gun switches to a wooden mockup.

Third hunter carries the semi-auto shotgun. This is most likely the Franchi AL-48. 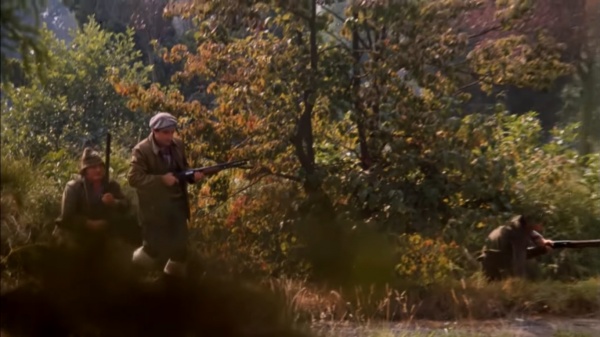 Shotgun is seen on the right. 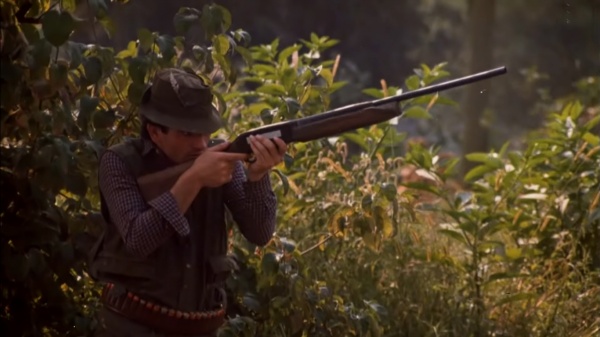 In the next scene, it likewise becomes to a mockup.
Retrieved from "https://www.imfdb.org/index.php?title=Taming_of_the_Scoundrel_(Il_bisbetico_domato),_The&oldid=1398804"
Categories: