I love this series! Have them all on DVD. The English language translation is obviously quite a bit different (and much more funny and twisted) than the Japanese original script. If you pick these up on DVD you won't regret it. From DP's disdain at his adversary's choice of a Dragonuv in the first episode through his failure in "his never ending quest to get laid" as one of the Machine Gun Brothers puts it, to the final surprising role reversal in the last episode, I never failed to get a good laugh and be entertained by this 6 DVD set.-harleyguy

Just a reminder. No Screenshots, no page. If this page has no screenshots within a few months, then it gets deleted. IMFDB is doing a quality sweep of the site (that is ongoing) and there are many new pages (and old ones which various members are trying to fix). Just a heads up. Somebody start getting screenshots of this show. :) 76.202.198.159 04:51, 6 January 2010 (UTC)

D.P.'s weapon of choice was specifically the "trench gun" variant of the Winchester Model 1897. Also, isn't a M1 carbine cut down to pistol size the same thing as an "Enforcer" pistol? Atypicaloracle 18:56, 17 June 2010 (UTC) 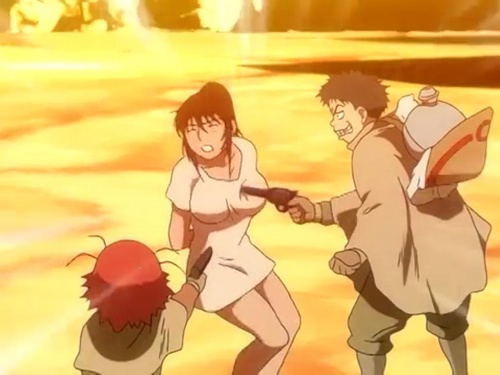 I agree that shot is a bit too undetailed to ID - If you wanna go by the second screencap on the Walther P38 listing, that revolver sppears more to be a Colt New Service instead of a S&W, though I don't know if that's supposed to be the same gun or not. StanTheMan (talk) 13:06, 25 January 2015 (EST) 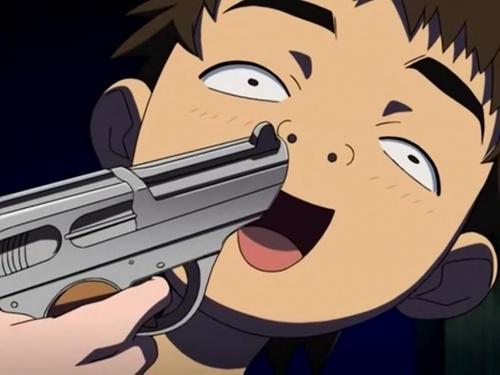 Just look at the shape of the slide of the 1st pistol.It looks just like it would have the recoil spring around the barrel.Looks like a straight blowback pistol to me.So,straight blowback,hammerless and with a reel mounted magazine catch.Any ideas?--VLAD M (talk) 16:18, 24 October 2015 (EDT) 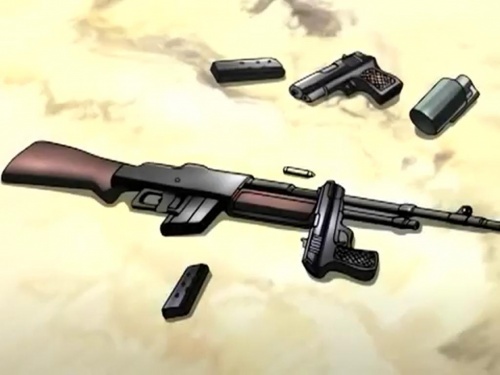 Desert Punk's pistol is NOT an FN Model 1900.This time I am fully convinced of this.The barrel and the shape of the pistol suggest me a Schwarzlose Model 1908 pistol. Pretty unique blowfront pistol.--VLAD M (talk) 09:22, 4 September 2017 (EDT)