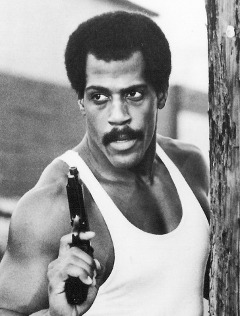 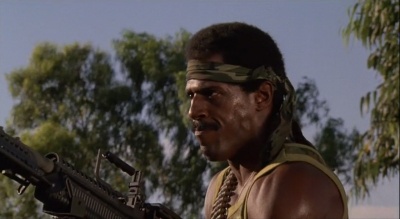 Steve James was often cast in action movies as the hero's sidekick, despite usually being a better actor and fighter than the star. James was raised in New York City, attended C.W. Post College as an Arts and Film major, and upon graduating, became involved in stage work and TV commercials. He began his career in film as a stuntman, working in The Wiz, The Warriors, and The Wanderers. His first major film role was as Robert Ginty's sidekick in The Exterminator; he later played the faithful sidekick to Michael Dudikoff, David Carradine, and Chuck Norris. He is also remembered for his roles in To Live and Die in L.A. and Hero and the Terror. Steve James passed away on December 18, 1993 at the age 41 of pancreatic cancer.