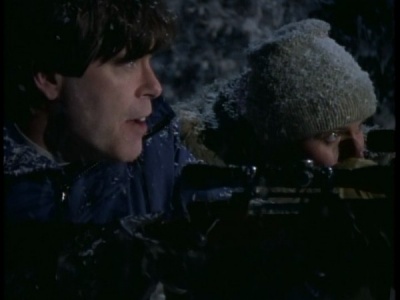 Stephen King as Teddy Weizak with a Scoped Bolt Action Hunting Rifle in The Stand (1994) .

Stephen King is a best selling author known primarily for his works dealing with the supernatural and the nature of horror, a great many of which have been adapted for film and television. In addition to acting in a few of his filmed adaptations, he also directed Maximum Overdrive.

Please visit here for the films and television series in the IMFDB adapted from the works of Stephen King (and his pseudonyms).