The following weapons were used in the film The Sniper: 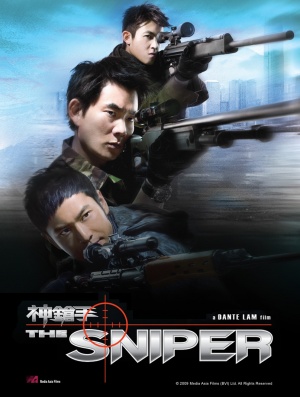 Chen Xinwei (Edison Chen) and his inexperienced rookie partner both use Smith & Wesson Model 10 revolvers in the introduction. 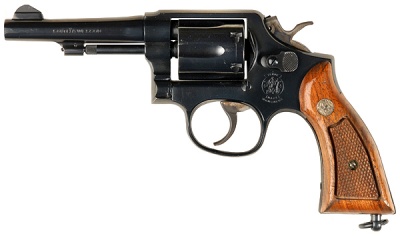 Chen aiming the Model 10 with Fang next to him, armed with his Sig Sauer P228.

Fang uses the Model 10HB to snipe on the Triad gangster after ambushing the PTU convoy.

A closeup of the Model 10HB.

A SIG-Sauer P228 is seen in the hands of Fang (Richie Ren) during the opening stakeout scene. He uses it to save Chen when he had trouble trying to deal with several machete wielding triads. 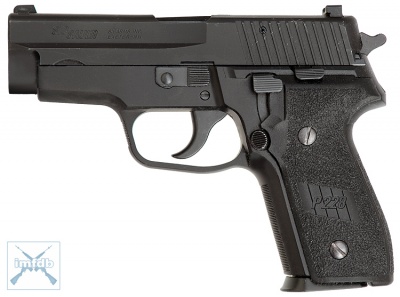 The P228 being aimed at the Triad gangsters.

Fang supporting Chen with his P228.

Triad leader Tao (Jack Kao) is armed with a Beretta 92FS during a flashback sequence and later during the shootout in the elevator. Other characters are armed also with the 92FS.

Tao with a 92FS to conduct a hostage execution.

Er Ge with a 92FS during a confrontation. 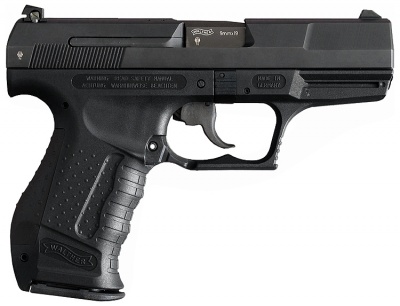 Fang struggling with a Triad gangster for his P99.

Another shot of Er Ge using the P99.

Er Ge checking the room with his P99.

A Glock 17 is briefly seen in the hands of Ching (Huang Xiaoming) during the elevator scene.

Ching aiming the Glock 17 at the screen.

Ching strafing with his Glock 17.

The Steyr GB is carried by several triads. 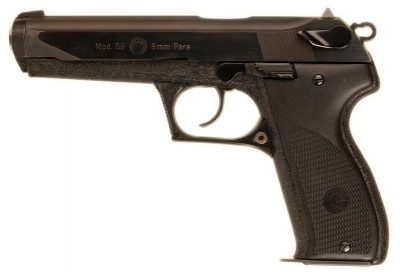 A masked Triad gunman attacking the PTU convoy with the GB.

A gunman with the GB.

A M1911-style pistol is carried by several triads.

Heckler & Koch MP5 submachine guns are used by the HKPF Special Duties Unit (SDU) throughout the movie. It is also used by one of the PTU officers guarding a prison convoy and by another officer during a shootout at Ching's apartment.

PTU officers taking cover behind their police van with MP5A3s.

PTU officers fire their MP5A3s back at the Triad gunmen.

SDU operators preparing for an assault.

SDU operators stacking up with MP5A3s.

These barrels indicate they are airsoft replicas.

A Steyr TMP, distinguished by its fixed detachable stock, is used by one of the triads who ambushes the prisoner convoy. 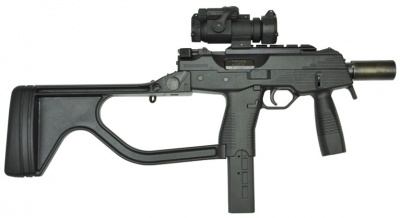 Triad gunman inside the van with TMP.

Several M16A1 rifles (with A2 handguards) are used by SDU snipers during training sessions.

A SDU sniper aims the M16A1 with a ACOG scope.

M16A2 rifles are seen during the sniper training sequences.

An SDU sniper shot by Ching is armed with an M16A4.

A SDU sniper is shot in the arm by Ching.

A custom M16 appears used by SDU snipers, consisting of an A1 upper receiver (identifiable by its teardrop forward assist and lack of a brass deflector) with the carry handle machined off and converted to a flat top, and an A2 profile barrel.

The SDU sniper in the foreground aims the custom M16.

A clear shot of the custom M16. Note lack of a brass deflector.

A Micro Galil is used by Er Ge (Kai Chi Liu) during the rescue scene.

5.56 NATO shell casings eject out of MAR while being fired.

Remington 870 shotguns are seen in the hands of PTU officers guarding the prison transport when it is ambushed by the triads.

PTU officer on the left armed with the 870. Others have MP5A3s.

Same PTU officer on the left uses the 870 to fight off the Triad gunmen.

The Heckler & Koch PSG-1 sniper rifle is prominently used by Chen throughout much of the film, and by Ching in flashback sequences. The rifle itself is a fake that was created by combining a long barrel with a PSG-1 forearm, buttstock and pistol grip on a HK91/G3 body, similar to the H&K SR9 rifles seen in Hollywood productions.

The Sniper 'build up' PSG1 from Props Company Limited. It's a fake 'build up' PSG1 (much like the SR9TC rifles in Hollywood), created by putting long barrel (note that it is slimmer than a real PSG heavy barrel), or a barrel sleeve extender, along with the recognizable forearm, buttstock and pistol grip on a standard HK91/G3 body. A build up like this would cost under $1000, whereas a real German PSG-1 sells for $10,000 - $35,000.

Chen with the PSG-1.

Chen aiming the PSG-1, looking through its scope.

Ching and Shane (Bowie Lam), his fellow SDU sniper, in plainclothes during the hostage situation.

Chen aiming the PSG-1 by using the top of a signboard as a sniping perch.

Chen holding the PSG-1 when confronted by reporters.

Two closeups of the PSG-1.

Chen with his PSG-1.

For non-firing scenes, characters use an airsoft PSG-1, made by Tokyo Marui.

Chen running while cradling his PSG1.

A Remington 700 rifle in an AICS stock is used by Shane (Bowie Lam), one of Fang's fellow SDU snipers.

Fang speaks to Chen, the AICS in front of him.

Several members of the SDU sniper team are armed with G3SG/1 rifles. Note that this is just a standard H&K G3 that's made to look like a G3SG/1 rifle. Although it's fitted with an SG/1 stock, it lacks the set trigger that's characteristic of factory SG/1 rifles.

Note the metal clamp/clip on the left side of the forearm. This is a feature that is omitted on factory SG/1 rifles.

Suppressed Mk 12 Mod 1 Special Purpose Rifles with Harris bipods no iron sights and 20-round magazines are used by Fang and Chen, notably during a scene where Chen attempts to replicate Ching's shots and during the finale.

Chen with the Mk 12 during an investigation to see if Ching's shots played a role in the PTU convoy attack.

Another view of Chen firing the Mk 12.

Ching (Huang Xiaoming) uses a Chinese copy of the SVD Dragunov, the Norinco Type 85, as his primary sniper rifle throughout the film.

Type 85 magazines (similar to the SVD) are seen on the table by the left.

Ching takes aim at the PTU officers, his sniping perch concealed to avoid being detected.

Another shot of Ching's sniping perch.

Firing the Type 85 while hidden beneath the highway.

Peering through the Type 85's scope.

Ching fires at his ex-SDU comrades, hidden from inside a cannibalized auto frame.

The Type 85 as seen on the ground with a sling.

In the finale, Ching uses a Barrett M82 alongside his Type 85, engaging in a lengthy duel with Fang, Chen and the rest of the SDU sniper team. We could note that between the moment when he is filmed from his back and from his front, his rifle switches from a G3SG1 to the Barrett M82A1. In the french version, Fang says Ching is using a 50 millimeters and not a .50. 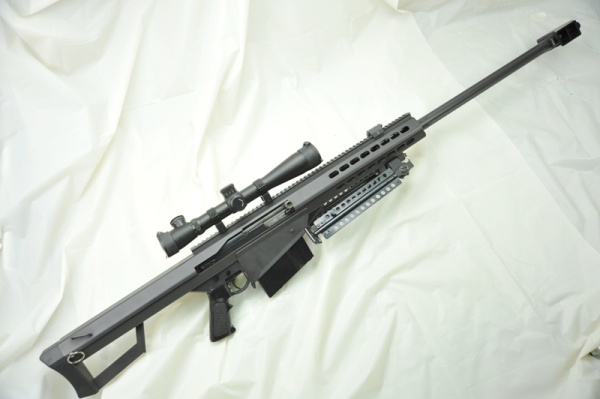 The M82A1 used in the movie, courtesy of Props Limited.

Closeup of the M82A1's muzzle.

Ching setting up the M82A1.

Ching aiming the M82A1 at a police van, hidden beneath the highway.

Muzzle flash of the M82A1 after being fired.

Carrying the M82A1 in Ching's arms.

Ching holding on the M82A1's pistol grip after being shot by Chen.
Retrieved from "https://www.imfdb.org/index.php?title=Sniper,_The&oldid=1246411"
Categories: