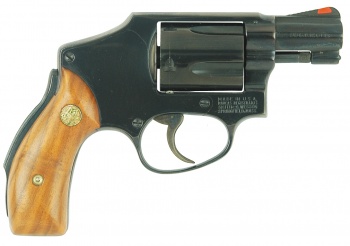 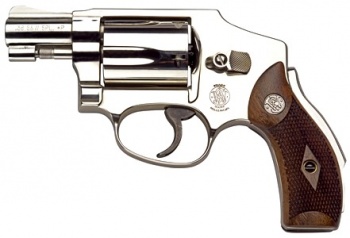 Prior to Smith & Wesson's switch to the current numerical naming system in 1957, the Model 40 was known as the "Centennial" as it was introduced the same year that Smith & Wesson was celebrating its 100th birthday. Initially marketed as a more advanced version of the famous S&W Safety Hammerless "Lemon Squeezer", the Model 40 featured a grip safety which could be pinned down. The revolver was also available in an Airweight aluminium-framed version known as the Model 42, but due to the fact that at this stage Smith & Wesson did not write "Airweight" on the frame of these pistols, differentiating it from the steel framed Model 40 is very difficult. Due to popular demand, Smith & Wesson in 1990 released the Model 640, a revolver based on the Centennial, omitting the grip safety and manufactured from stainless steel.

The Smith & Wesson Model 40 and variants can be seen in the following films, television series, video games, and anime used by the following actors: