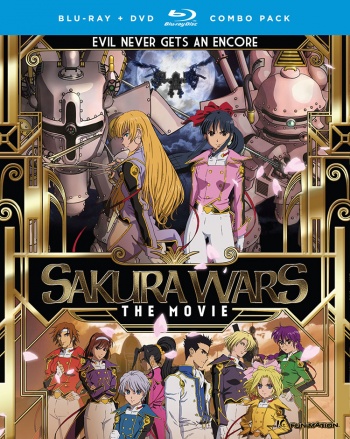 The following weapons were used in the anime film Sakura Wars: The Movie:

A plainclothed Tokubetsu-keibi-tai (Tokkeitai for short) soldier is armed with what appears to be a fictional steampunk pistol, which appears to be on the pistol body of a Browning Hi-Power with the chamber of a revolver and having rifle-based iron sights. 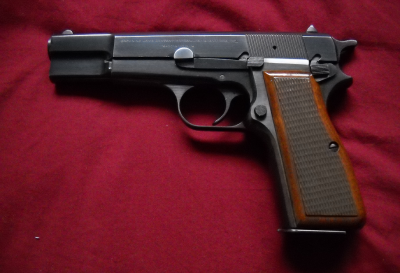 A Type 73 Belgian made Browning Hi-Power - 9x19mm. Its body was used as the basis for the creation of the said pistol. 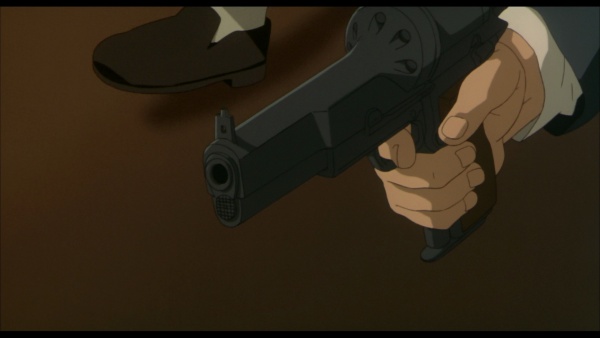 A Tokkeitai soldier aims the steampunk pistol at Douglas-Stewart militia soldiers near the end of the movie when they conduct a raid at DS' Tokyo headquarters. Note the Hi-Power-based safety on the body. 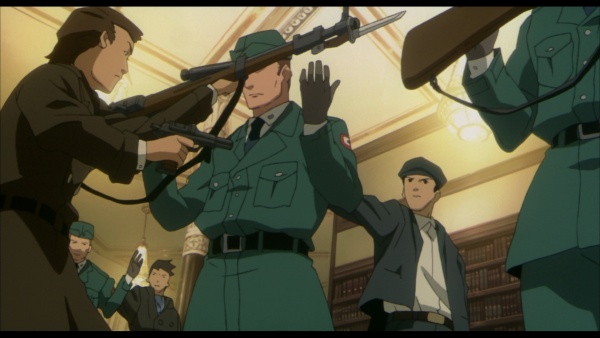 The Tokkeitai soldier disarms the DS soldier of his M1903 rifle while aiming the steampunk pistol at his chest.

A Nambu Type 14 was used by an Imperial Japanese Army officer when the Flower Division busts into the bridge of the Goraigo despite being under orders not to be there. Since the movie is set in Taisho 15 (1926), the Type 14 would have served as the IJA's main sidearm. 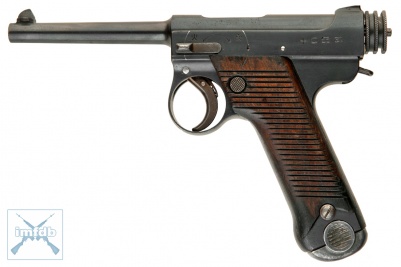 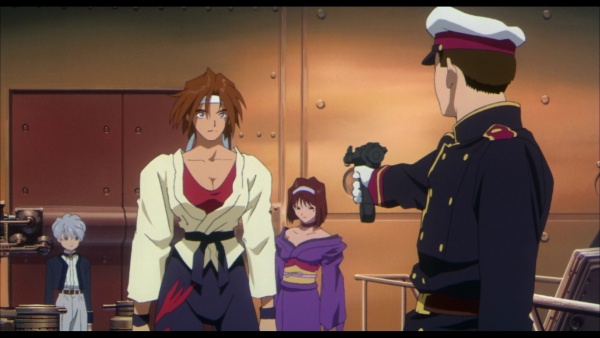 An IJA officer aims his loaded Type 14 at Kanna as he warns her, Sumire and Reni to keep back from advancing on the Goraigo's bridge. 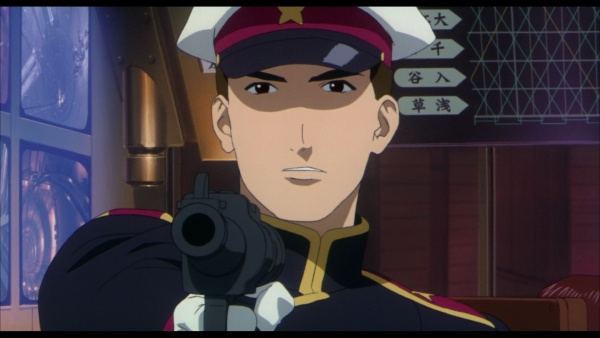 A very good closeup of the Type 14's barrel. 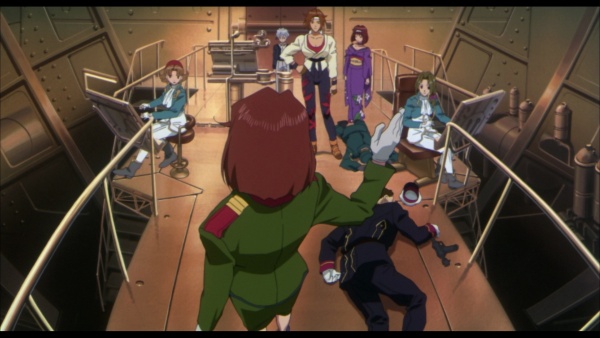 The IJA officer knocked down by Kaeda's karate chop with the pistol next to him.

An Enfield Number 2, Mark 1 revolver was used by Maria as her main sidearm as a member of the Teikoku Kagekidan (Imperial Assault Force). She firsts uses it in the Douglas-Stewart Tokyo factory to fend off an attack by Patrick before she was wounded. 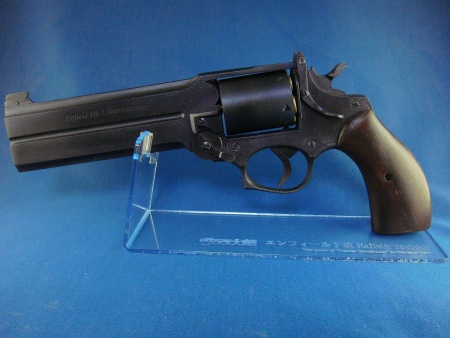 Enfield Mk I. Star Revision revolver made by Poseidon (Based on a TM Colt Python with 6 inch barrel). 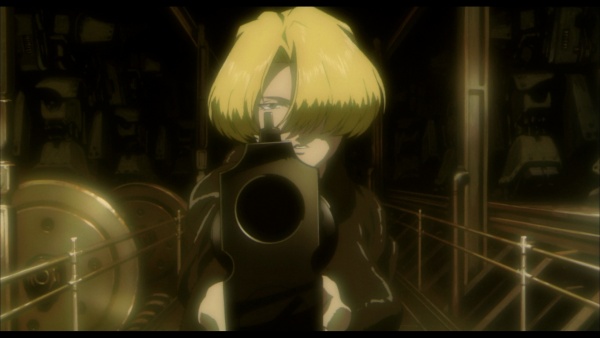 Maria confronts Patrick at the deserted Douglas-Stewart Tokyo factory after she finds out how the Japhkiels are operated. 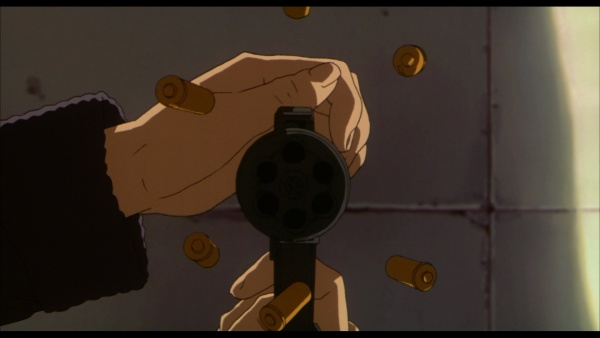 Maria quickly breaks open the Mark 1 in order to eject the spent .38 S&W brass in a rematch with Patrick. 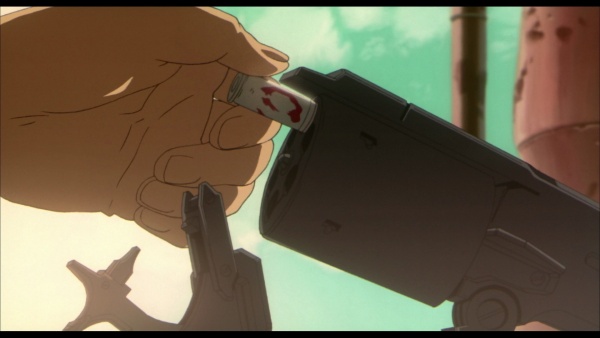 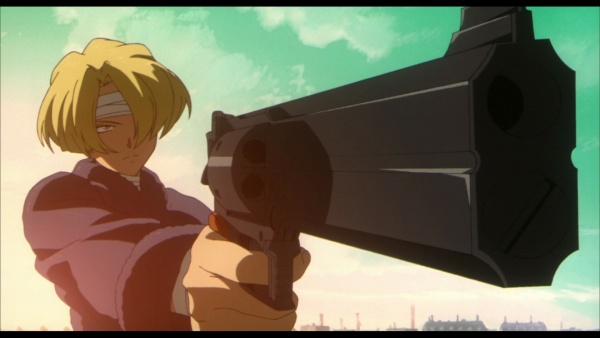 What appear to be Springfield M1903 rifles are used as the main weapon for Douglas-Stewart militia forces in Japan for the duration of the entire movie. All of them are equipped with M1905 bayonets. 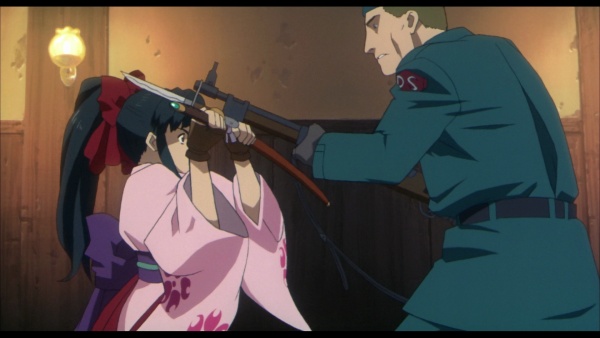 A DS militia soldier clashes with Sakura by smacking the M1905 bayonet blade at her katana's saya. 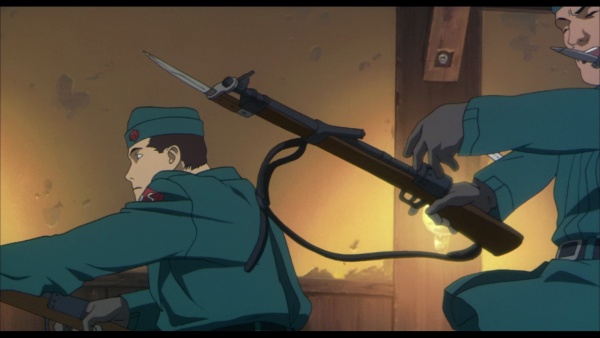 You can see a good view of the M1903 with the attached M1905 held by the DS soldier after being killed by multiple throwing knives. 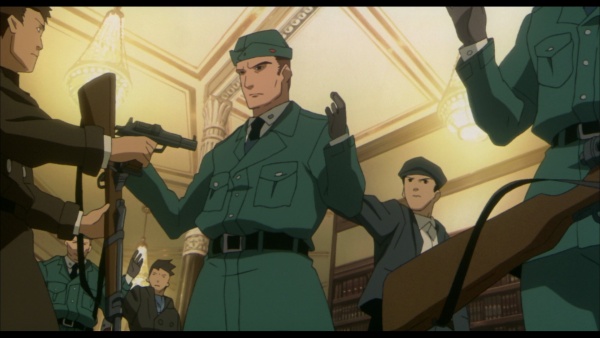 Another shot of the M1903 confiscated by a plainclothes Tokkeitai soldier at DS' Tokyo headquarters. 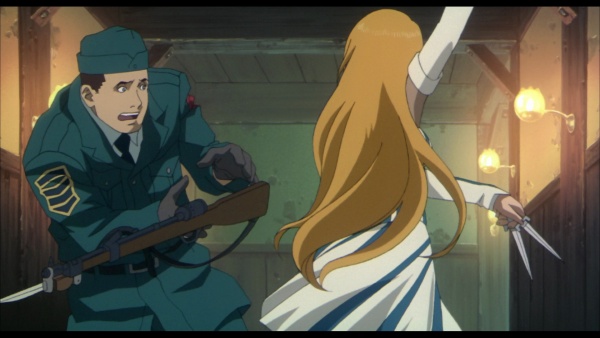 The M1903 being dropped by a DS soldier after being slashed in the wrist by Ratchet.