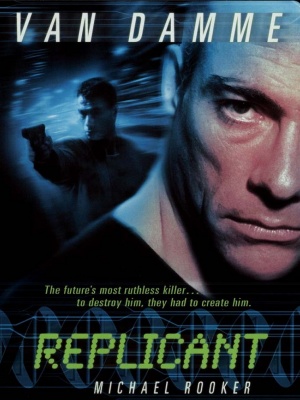 The following weapons were used in the film Replicant: 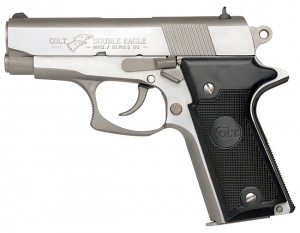 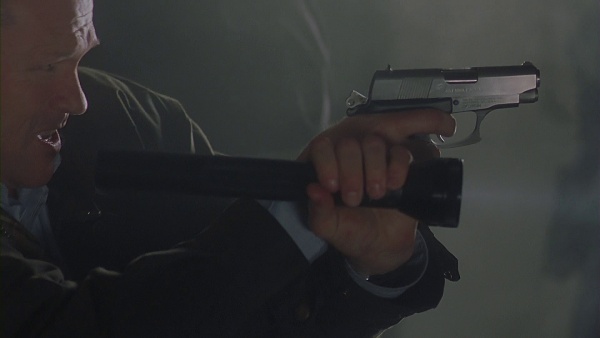 The Glock 17 pistol is seen throughout the film. At one point, Det. Jake Riley (Michael Rooker) hands a Glock to the Replicant (Jean-Claude Van Damme). 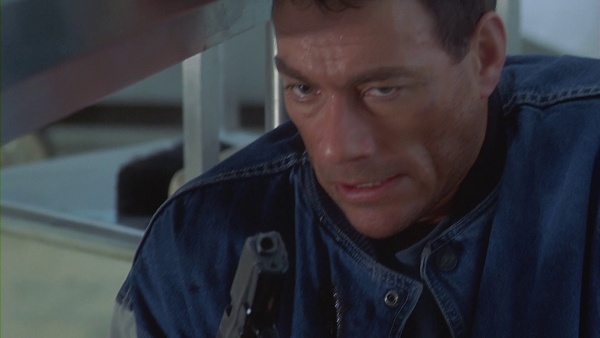 Anne (Catherine Dent) carries a SIG-Sauer P226 as her sidearm. 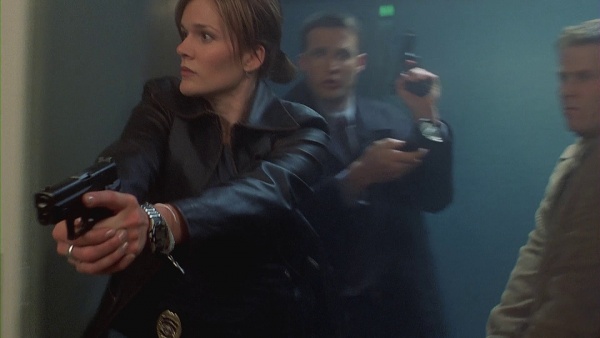 Several government agents and officers are armed with the Beretta 92FS. 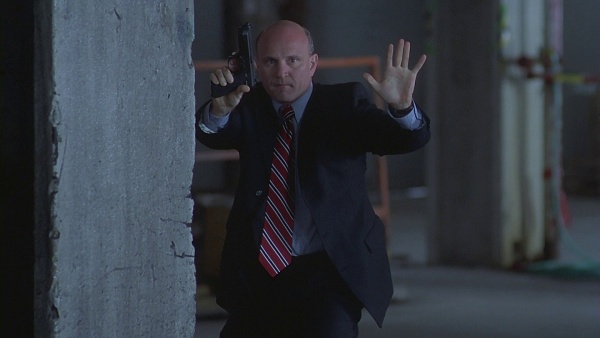