The following weapons were used in the film The Reaping: 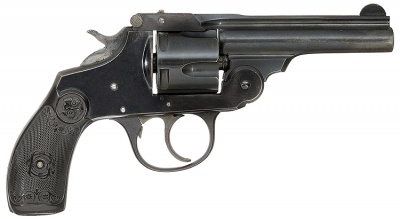 Maddie takes out the revolver.

Mossberg seehn at the left.

Gordon (Stuart Greer) uses a Smith & Wesson 3000 Shotgun that can be identified by the distinctive foregrip.

Gordon (Stuart Greer) with the Smith & Wesson 3000 Shotgun that can be identified by the distinctive foregrip.

Shotgun at the right.
Retrieved from "https://www.imfdb.org/index.php?title=Reaping,_The&oldid=1111328"
Categories: