The following weapons were used in the film Python: 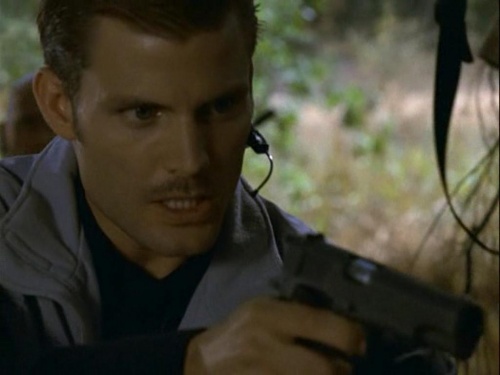 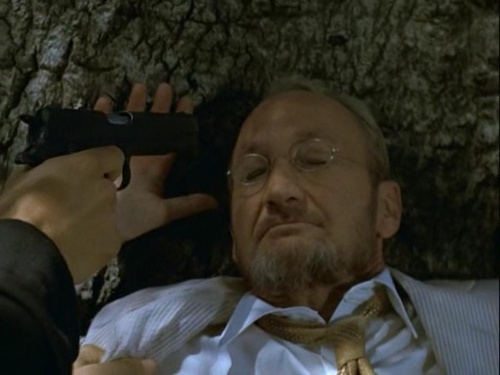 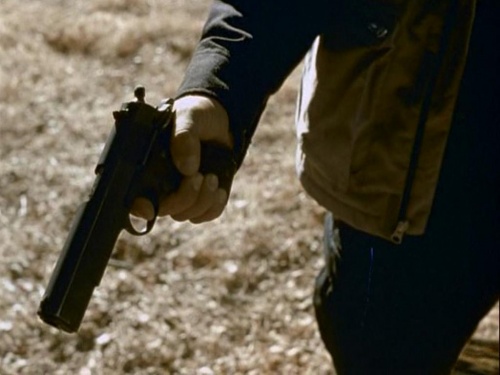 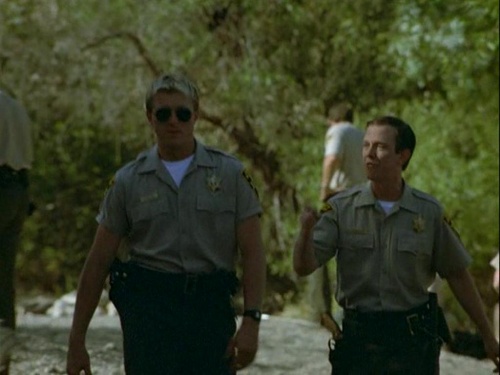 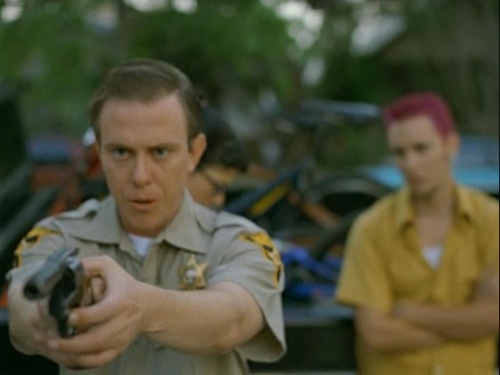 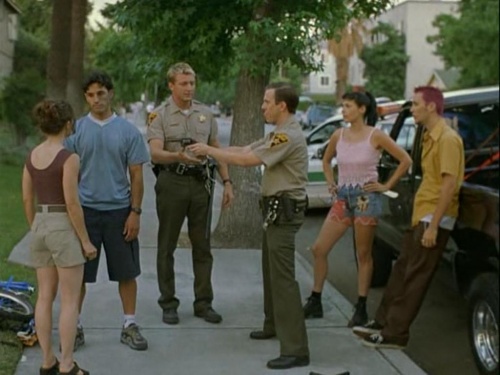 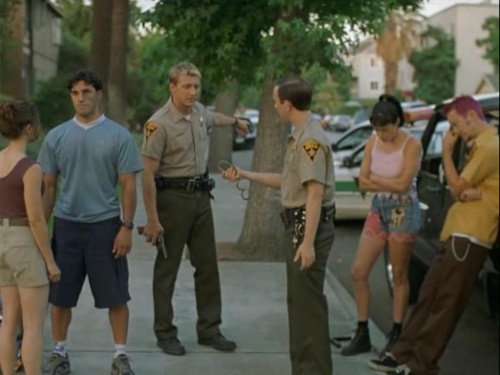 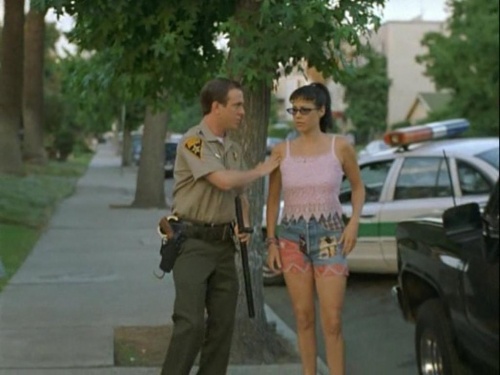 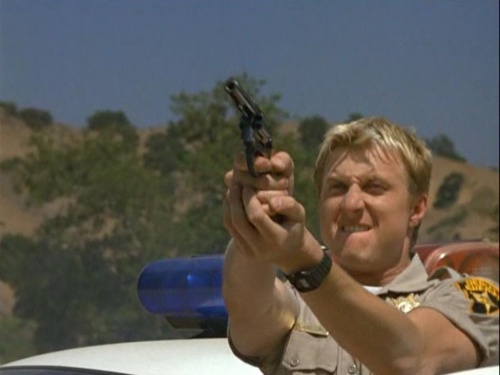 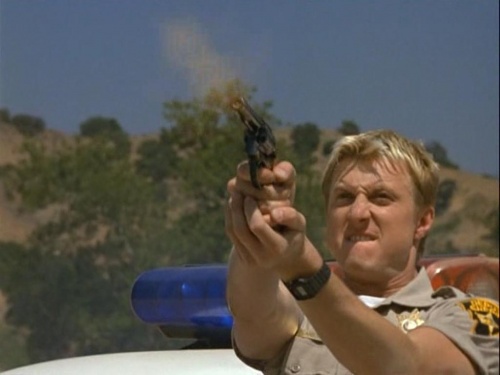 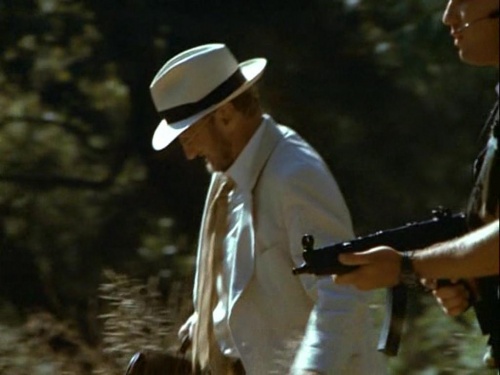 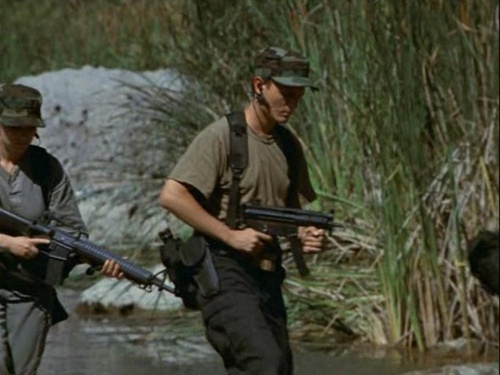 Heckler & Koch MP5K at the right.

Many soldiers can be seen armed with the Colt Government Model HBAR rifles. 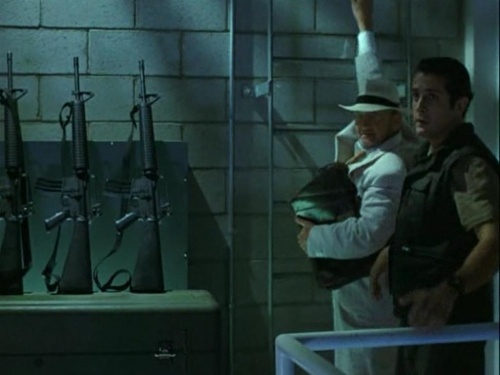 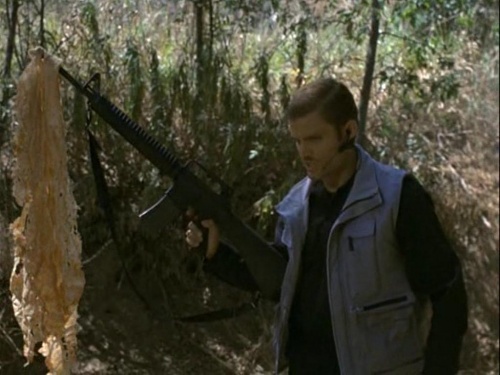 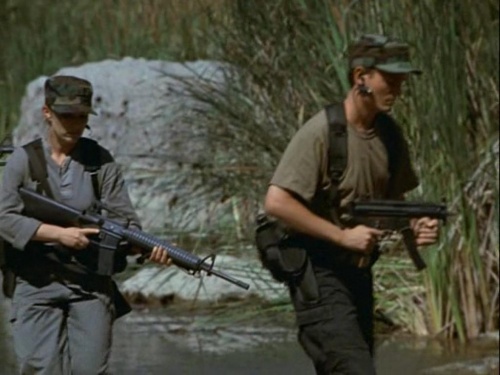 HBAR at the left. 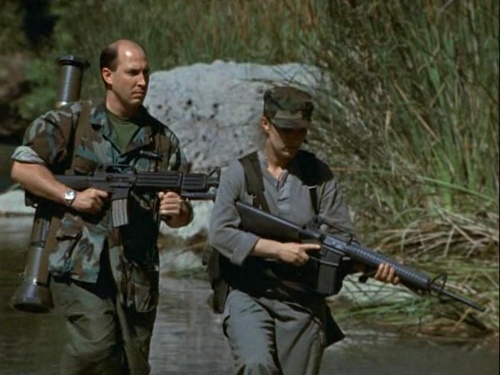 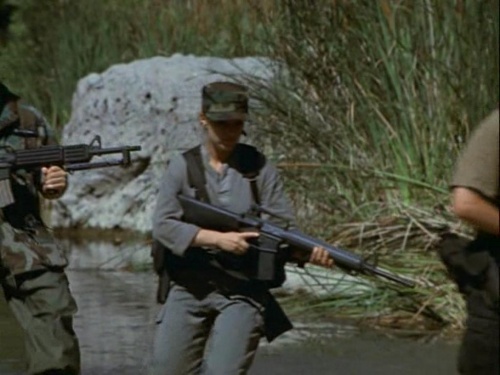 Rifle's muzzle can be seen at the left.