The PF-98 is a Chinese anti-tank rocket launcher. It is not to be confused with the PF-89. There are two versions, both equipped with a tripod; the battalion version with a larger tripod, an optical sight, and a fire control unit, and a company version with a smaller tripod and a 4x optical sight with some small computer-assistance. Shoulder-firing is not impossible, but very impractical due to the PF-98 being heavier compared to other equivalent launchers from other nations. 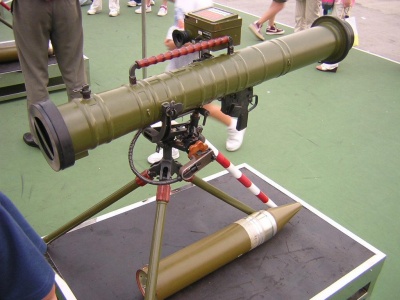 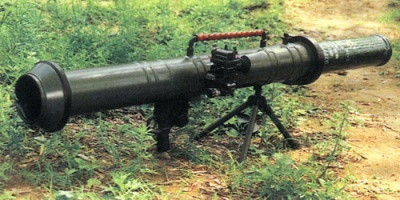