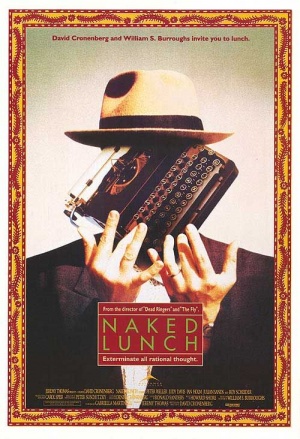 The following weapons were used in the film Naked Lunch:

Bill Lee (Peter Weller) uses a CZ 27 pistol near the beginning of the film to shoot his wife, Joan (Judy Davis) in the head during their game of "William Tell", and again during the final scene. This event mirrors the life of William S. Burroughs who also shot and killed his wife during a drunken game of William Tell. Tom Frost (Ian Holm) is also seen with a CZ 27 when he confronts Bill about his missing typewriter. 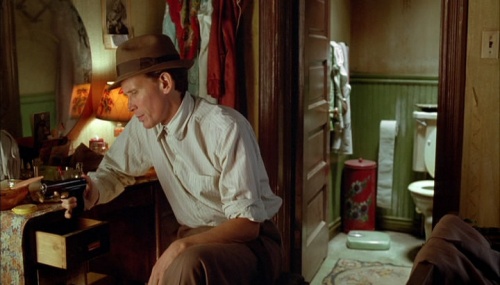 "I guess it's about time for our William Tell routine." 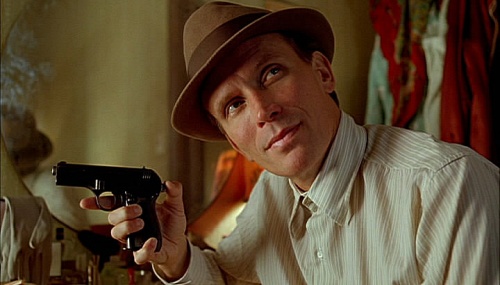 Bill cocks the hammer on his CZ 27.

Bill aims the CZ 27 at the drinking glass balanced on Joan's head. 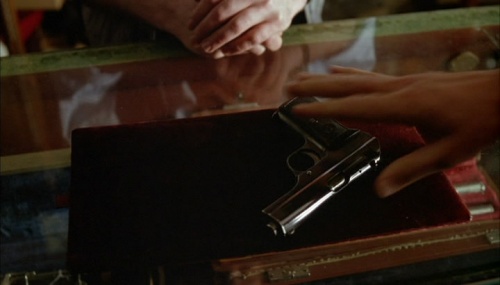 Bill places the CZ 27 on the pawn shop counter. 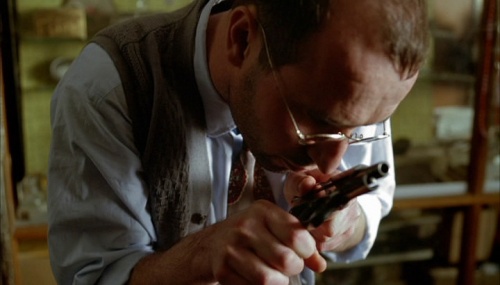 The pawn shop owner (Michael Caruana) inspects the CZ 27, noting the smell of recently-fired gunpowder, and assesses it as "Commie trash, and it's been fired very recently". 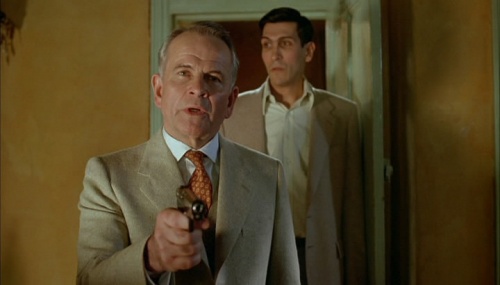 "Where is my Martinelli?" Tom Frost (Ian Holm) holds the pistol. 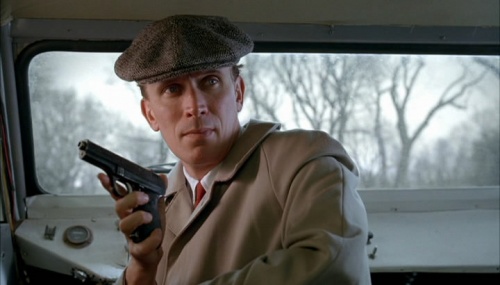 Bill produces another CZ 27 during the final scene.

Several guards on the Annexia border (a fictional country with a noticeable Soviet Russia motif) are armed with PPS-43 submachine guns. 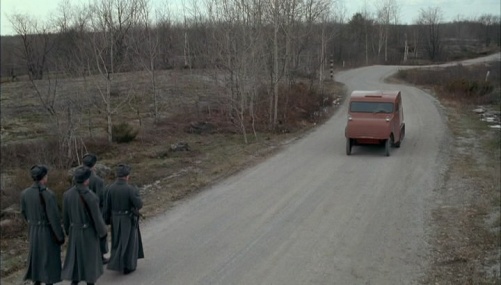 Several Annexian soldiers are armed with PPS-43 submachine guns at the end of the film. 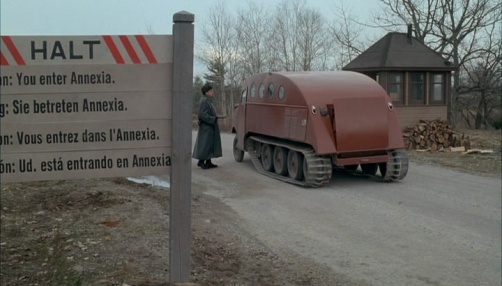 Several Annexian soldiers are seen with some sort of AK variant at the end of the film.

Maadi ARM - most of the AKMs seen in movies during the 1980s were imported ARMs that were legally converted to full auto fire. - 7.62x39mm

Several Annexian soldiers are seen with some sort of AK variant at the end of the film.
Retrieved from "https://www.imfdb.org/index.php?title=Naked_Lunch&oldid=1046571"
Categories: