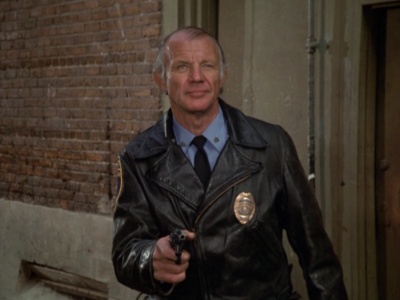 Michael Conrad (1925-1983) was an American actor who was best known to television audiences for his role as Sgt. Phil Esterhaus in Hill Street Blues, where he would always utter the line "Let's be careful out there!" at the beginning of roll call in each episode. Sadly, Conrad passed away from cancer in 1983 during the series' fourth season.