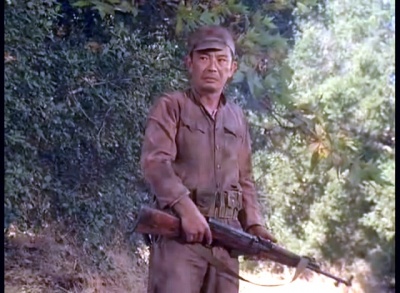 Mako (full name: Makoto Iwamatsu) was a Japanese American actor who was well known for his character roles in many movies and television shows. He was well known to TV audiences in the 1960s for his role in The Sand Pebbles and his numerous appearances in the 1960s TV show McHale's Navy. Audiences in the 1980s would identify him more as the wizard Akiro from the two Conan movies with Arnold Schwarzenegger. He would later appear in the Michael Bay film Pearl Harbor as Admiral Isoroku Yamamoto.