The following weapons were used in the film Lovely Rita:

Rita will appear in a meeting with Edgar Lamarck armed by a gun ...

... and forced him, to help her dispose of the body killer. 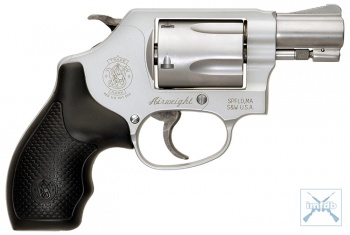 Marcel carries hidden revolver behind back ....

... with which is going to get rid of your annoying wife.

Thierry Ferrand had invited the Baldini brothers to squeeze Edgar Lamarck in the elevator in casino.

There they clash with antiquary´s men ...

The antiquary (Jean-Claude Dreyfus) own a Colt Government Model 380 pistol. 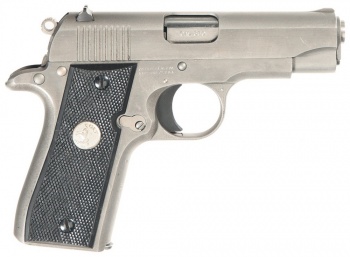 The antiquarian and his bodyguard squeezes Rita´s friend Kevin ...

... were surprised in the elevator.

José with a gun in his hand invaded into an apartment Rita's mother.