Kings of Crime (Vory v zakone) is a 1988 Soviet crime drama movie directed by Yuri Kara. The story depicts the life of a young woman Rita (Anna Samokhina) who becomes a mistress of Artur (Valentin Gaft), the boss of the powerful criminal group in the seaside town in Abkhazia (in that time it was a part of USSR). The movie is roughly based on the short story Carmen of Chegem by Abkhazian novelist Fazil Iskander.

The following weapons are seen in the movie Kings of Crime:

A Colt M1911A1 pistol is used by Artur (Valentin Gaft) when he chases the rival criminal Ramzes (Gia Lejava). 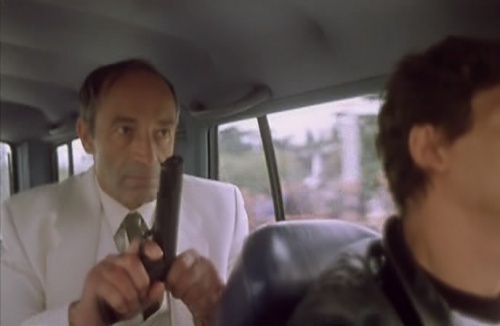 Artur readies his pistol during the car chase. 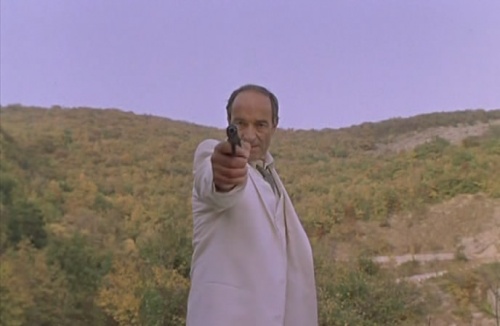 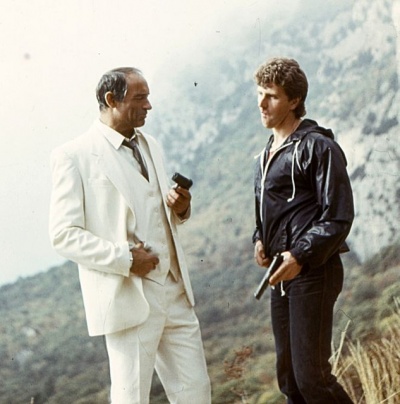 Behind the Scenes Image: Arthur and his bodyguard (Sergei Silkin) with Colt pistols. 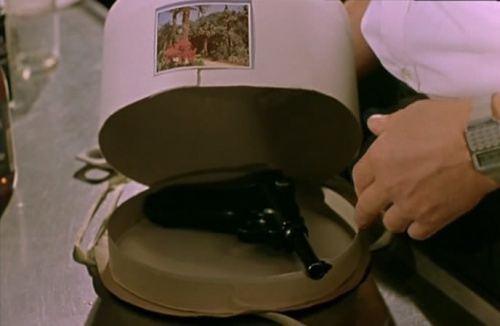 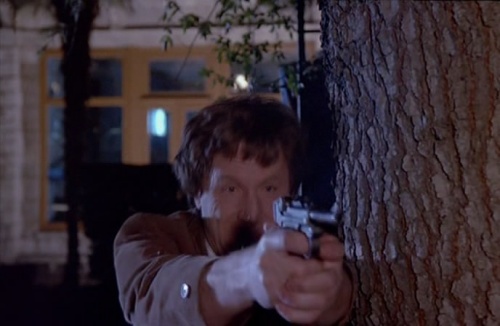 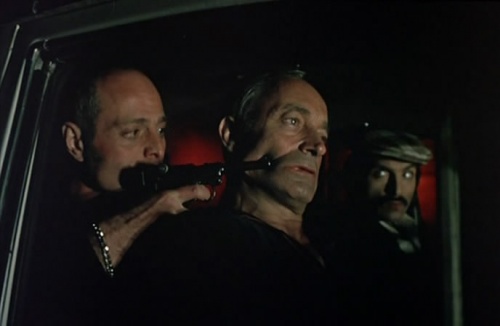 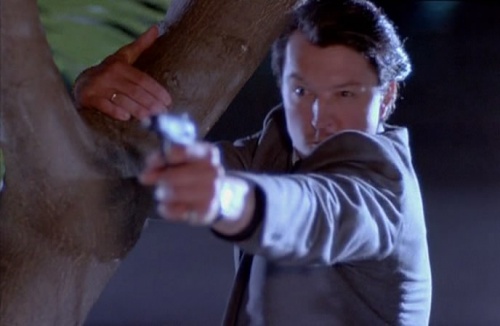 Rita's father (Nurbey Kamkia) holds a Single Barreled Shotgun in the opening and the final scenes. This gun is supposedly IZh-17, one of the most common single barreled shotguns in USSR. 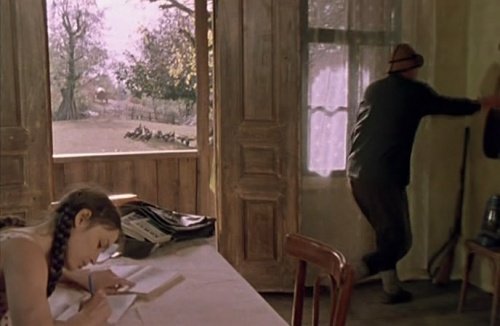 Rita's father takes a shotgun in the opening scene. 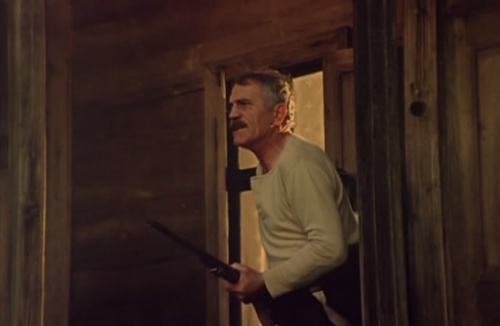 Rita's father holds his shotgun in the final scene. 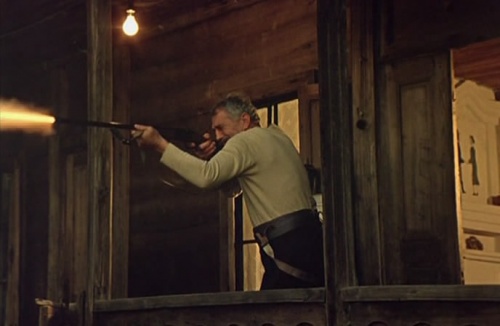 He fires his gun.
Retrieved from "https://www.imfdb.org/index.php?title=Kings_of_Crime_(Vory_v_zakone)&oldid=1027425"
Categories: