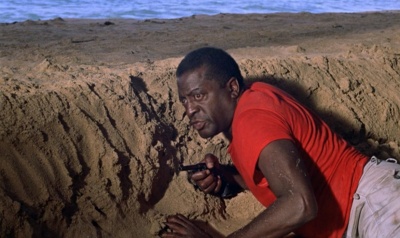 John Kitzmiller (December 4, 1913 – February 23, 1965) was an Italian actor of African-American origin. In late 1940s - early 1960s he appeared in more than fifty European movies, mostly Italian neorealist films. In 1957 Kitzmiller was the first black actor to win a best actor award at the Cannes Film Festival for his role in the Yugoslavian film Valley of Peace.