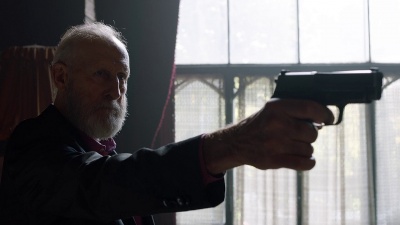 James Cromwell puts down the hammer of the Smith & Wesson Model 15 as Donohue in Eraser (1996). 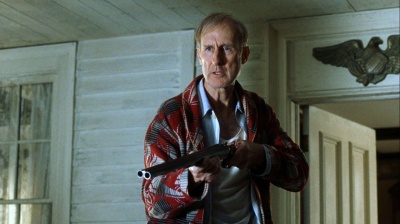 James Cromwell holds a shotgun as Warden Moores in The Green Mile (1998).

James Cromwell is an American character actor known for his roles in such films as L.A. Confidential, The Green Mile and Babe, a film for which he received an Academy Award nomination for Best Supporting Actor. On television, he appeared as the father of Jack Bauer in 24 and as a former CIA agent in the series Berlin Station. He also is the father of actor John Cromwell, who portrayed the younger version of his father's character in both the film Memorial Day and the series American Horror Story - The Asylum.