The Irishman is the 2019 original Netflix drama directed by Martin Scorsese and starring Robert De Niro as Frank Sheeran, a labor union leader and alleged hitman for the Bufalino crime family, who supposedly had a role in the disappearance of Teamsters President Jimmy Hoffa (Al Pacino). The cast includes Harvey Keitel, Bobby Cannavale, Anna Paquin, and Joe Pesci, who returns to acting after a 13 year absence. The film was the most expensive feature ever directed by Scorsese, and marked the ninth collaboration between De Niro and the director, and the fourth acting collaboration between De Niro and Pacino. The film was given a limited theatrical release on November 1, 2019 and then premiered on Netflix on November 27, 2019.

The following weapons were used in the film The Irishman: 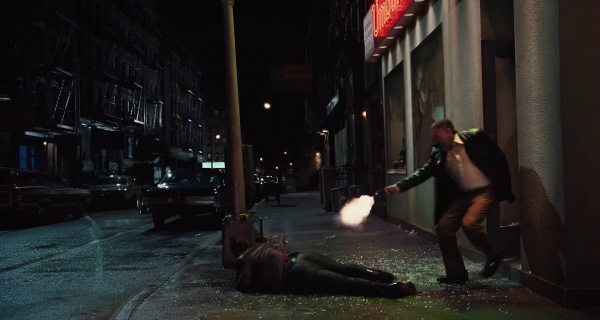 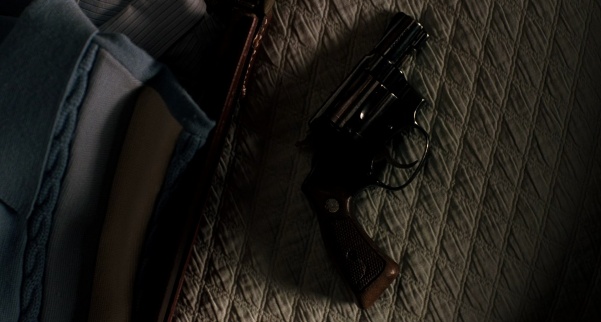 The revolver is seen on a bed.

What appears to be a Walther PPK/S is drawn by Allen Dorfman after he is attacked in an intimidation drive-by shooting. 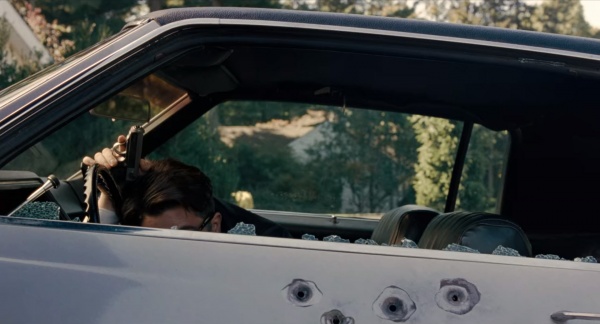 Dorfman emerges with his silver PPK after his car is shot up.

A M1 Carbine is seen in the arms deal scene. 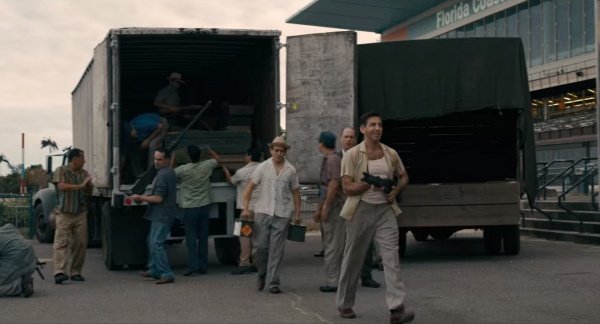 The Cuban standing upright in the truck appears to be handling a Carbine.

An M1 Garand is carried by Frank during World War II, and additional Garands are handled by soldiers of the Maryland National Guard as part of an arms shipment to Cuban exiles. 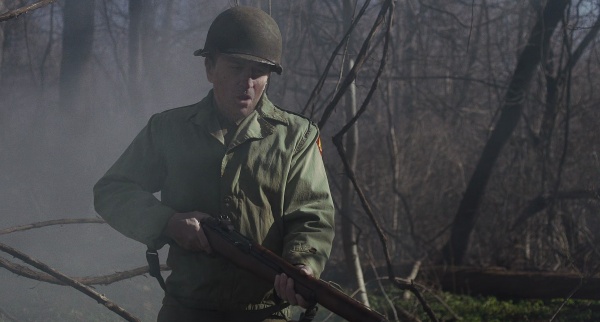 What appears to be either a Carl Gustav M/45 or Smith & Wesson M76, with the stock folded is seen to the side of a Cuban exile unloading an ammo belt box in the arms deal scene. A S&W M76 would be incorrect as production started in 1966 after Sweden embargoed further imports to the United States in protest of the Vietnam War, several years after the Bay of Pigs invasion. 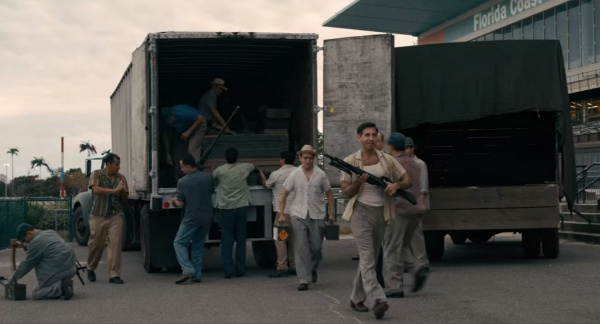 Note the SMG with the folded stock seen at the bottom left; it lacks a front sight at the end of the barrel shroud as a Swedish K would have.

A Cuban exile is seen unloading an M60 machine gun from Frank's arms delivery to Florida in preparation for the Bay of Pigs Invasion.

The rebel walks with his new M60. 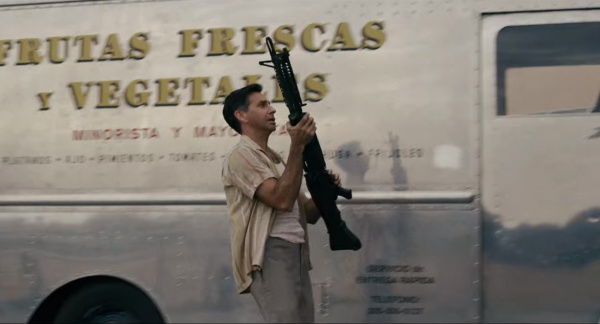 Rebel with the M60 machine gun.

A Browning M2HB machine gun is one of the weapons supplied from the military to exiled Cubans. 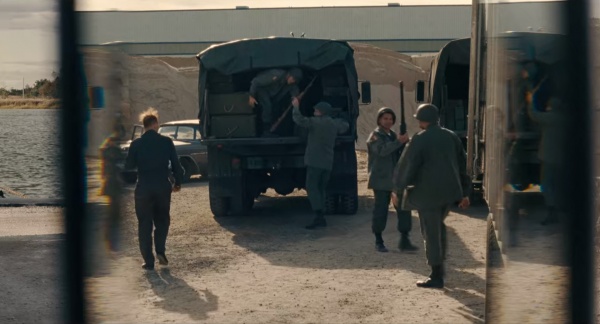 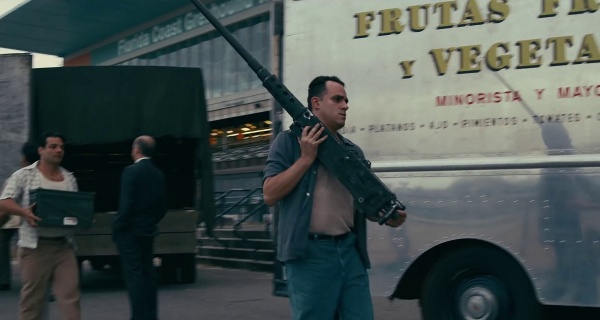 A Browning M2HB machine gun is unloaded by a Cuban.

Several weapons are seen at the bottom when a revolver is dumped in the water. Frank is seen perusing several weapons to be used during a job. 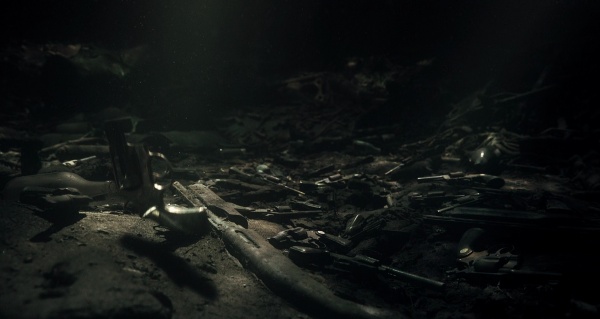 Several weapons are seen at the bottom when a revolver is dumped in the water, including a sawn-off Remington 870. 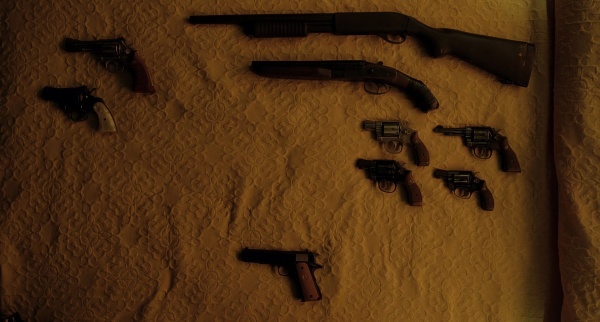 Frank is seen perusing several weapons to be used during a job, which include an Ithaca 37 Riot shotgun and a Sawed-Off Double Barrel Shotgun. 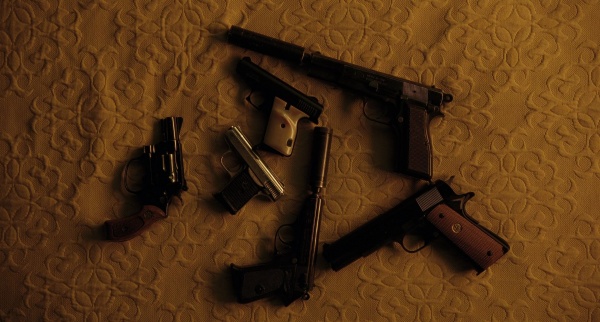 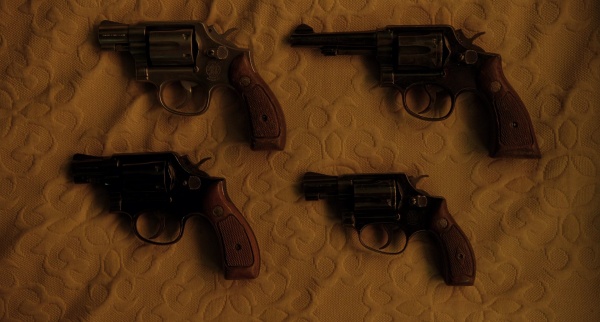