House of the Dead: Scarlet Dawn

The following weapons are seen in the video game House of the Dead: Scarlet Dawn.

Despite named differently from the previous game, House of the Dead: Scarlet Dawn is the actual fifth main installment in The House of the Dead series, and developed by the same SEGA R&D1 team.


The basic "Shoot the zombies (officially called "Creatures") before before they attack you" system is the same, But "Scarlet Dawn" adds two new elements, "Game Mode Select" and "Item Select". The game mode is divided into NORMAL or MASTER (for the latter case, the enemy's overall health and quantity is overwhelmingly increased), the player can uses 2 optional items (most are weapons, but Life recovery items and Shield items are also selectable) in both modes (although, in the Japanese version of NORMAL mode, the player must use the Aime ID card) 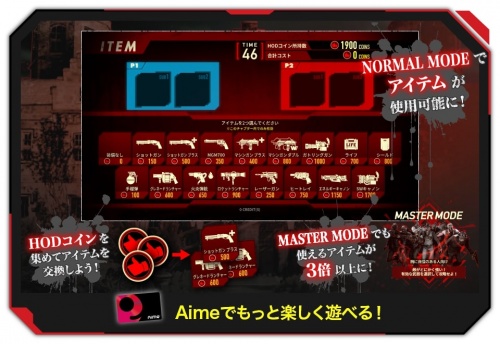 AMS agents Ryan Taylor (a younger brother of James Taylor) and Kate Green mainly use Heckler & Koch MP7A1s fitted with aftermarket iron sights and vertical foregrips. It is called the "Machine Gun" and holds 30 rounds in the (presumably) 20-round magazine.

The player also can use more powerful and reload-less variants, called the "Machine Gun +" and "Machine Gun EX".

An MP7 also appears as the game's gun controller, equipped with two item selector switches (the foregrip and fire selector respectively). The player also can feel their current weapons firing and reloading through the built-in feedback function and speaker. 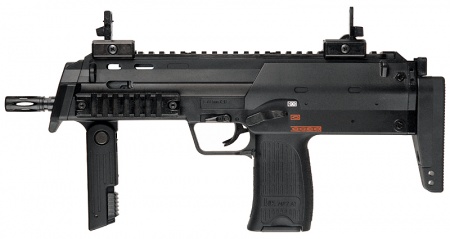 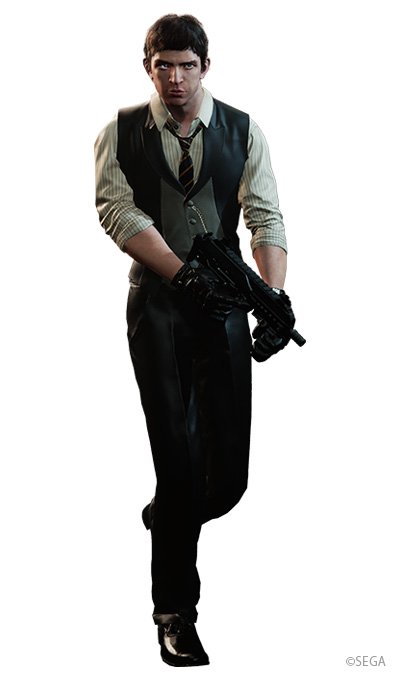 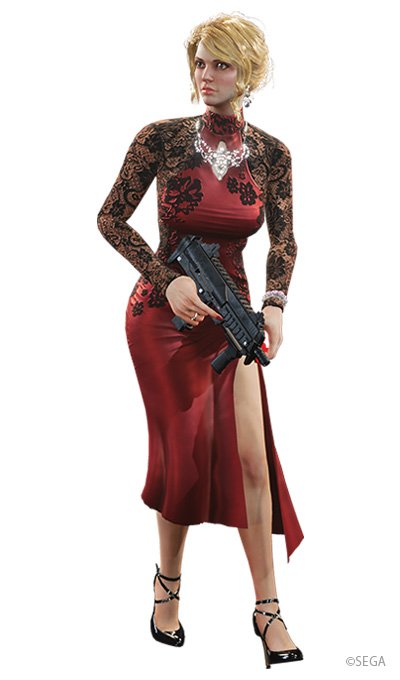 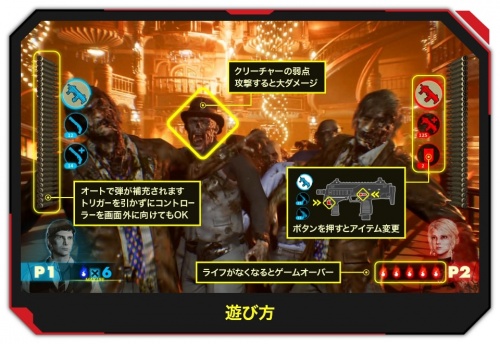 The MP7's description from the official website. The MP7's ammunition and controller's item selectors are also shown.

The Handheld M134 Minigun appears as the "Gatling Gun".

The Remington 870 MCS Masterkey appears as "Shotgun", with a more powerful variant known as the "Shotgun +". Both fire semi-auto. 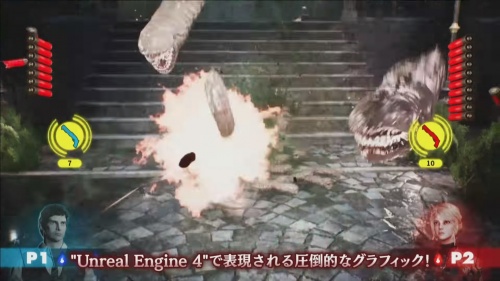 The protagonists firing 870 MCS Masterkeys at hordes of "Murrer" creatures.

The Milkor Mark 14 (a special variant of the Milkor MGL Mk 1L developed for the USSOCOM) without a stock appears as "Grenade Launcher". 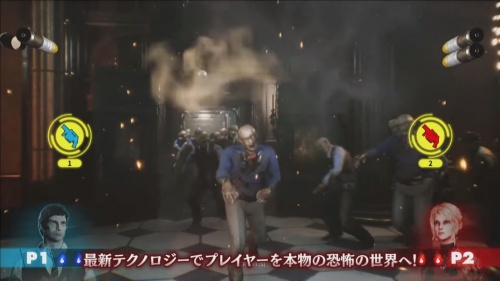 The Carl Gustav M3 appears as "Rocket Launcher". It has a built-in crosshair, which is a reference to the actual M3.

The RPG-7 appears as "Rocket Launcher EX" and is used only to destroy the thick armor of the "Chariot" enemy.

During the location test, this weapon is actually called the "Flamethrower", with the fictional M240 Flamethrower from the film Aliens as a weapon icon. 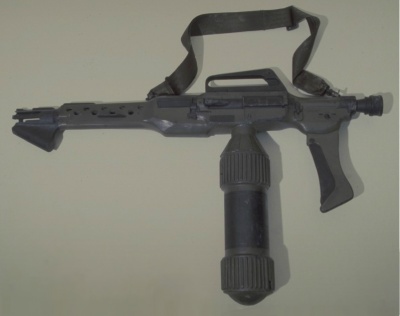 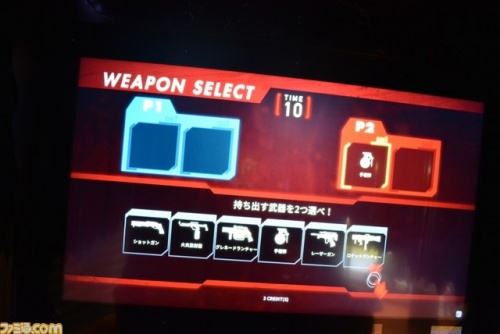 A fictional semi-auto fire extinguisher gun appears, used only to extinguish the fire caused by the "Hangedman" enemy. It hold 4 rounds of water-filled rockets.

A fictional energy-based cannon appears as "Energy Cannon". It has a unique "The less the player's life, the damage is more greater" feature.

A fictional semi-auto compressed air cannon appear as "SW (Shock Wave) Cannon". It is much like the "Thundergun" from the Call of Duty franchise's Black Ops series.

The M67 hand grenade with some M26 hand grenade design elements appears as the "Hand Grenade". Unlike grenades from the previous games, the in-game M67 is incorrectly portrayed as an impact grenade. 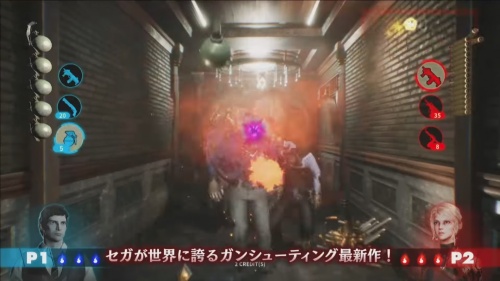 Ryan throws an M67 at a horde of creatures. Note the detached safety pin.

Posters for House of the Dead: Scarlet Dawn showing Ryan firing his MP7 at zombies are featured outside SEGA Arcades in the game Lost Judgment. 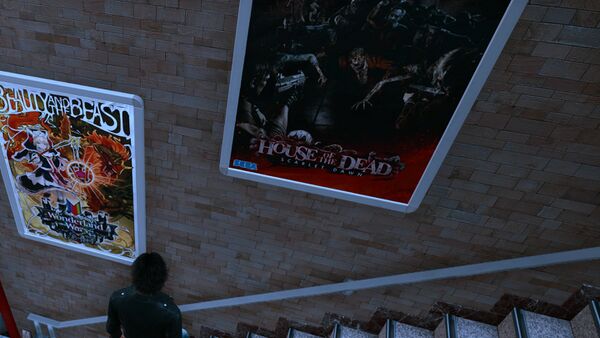 One of the posters outside a SEGA Arcade in Lost Judgment.
Retrieved from "https://www.imfdb.org/index.php?title=House_of_the_Dead:_Scarlet_Dawn&oldid=1531493"
Categories: