Harum Scarum (also released as Harem Holiday) is an American 1965 musical adventure comedy directed by Gene Nelson and starring Elvis Presley as Johnny Tyronne, a movie star and singer in a tour through the Middle East to promote his latest movie. Local bad guys are so impressed by Johnny's on-screen feats that they kidnap him and want him to assassinate the local king. Johnny escapes and makes his way back throughout numerous adventures together with a slave girl Shalimar who turned out to be a princess.

The following weapons were used in the film Harum Scarum:

Two assassins carry Sten Mk III SMGs. Due to continuity errors a Mk III of the bald assassin (uncredited) several times switches to Mk II (see below) and then back to Mk III. 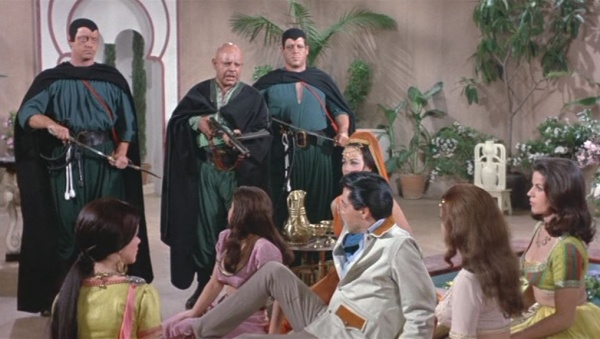 A bald assassin aims his Sten at Johnny. 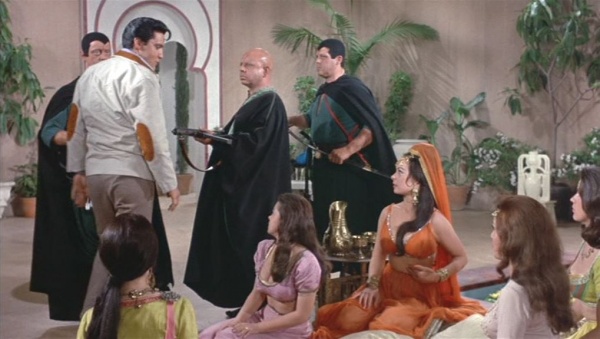 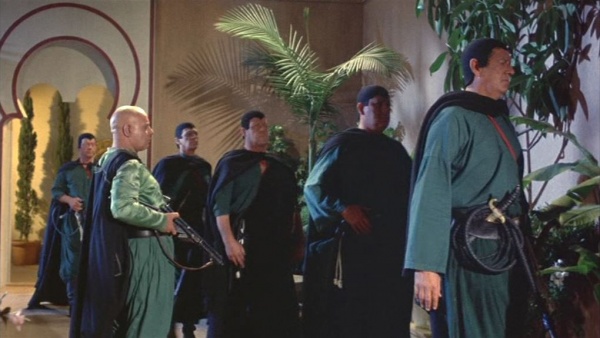 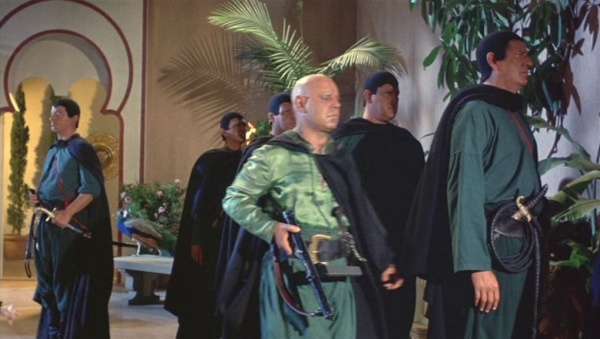 The bald assassin with Sten Mk III in another scene. 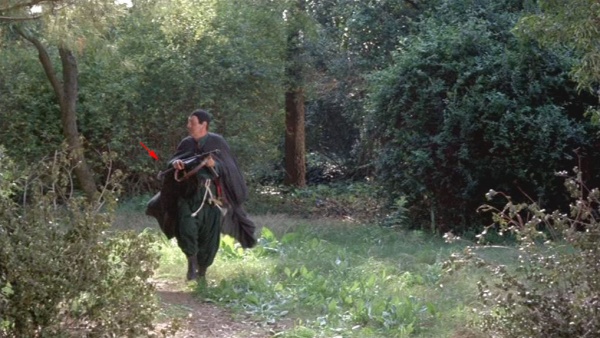 Another assassin with a Sten Mk III. 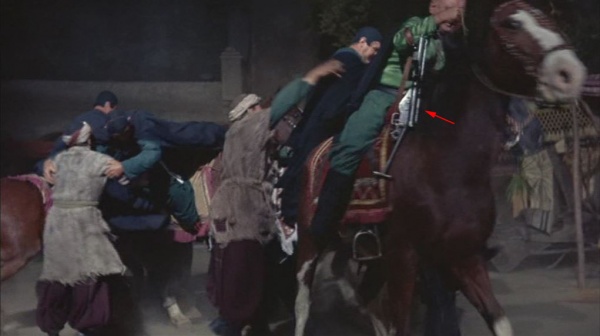 The bald assassin carries his Sten while riding a horse. 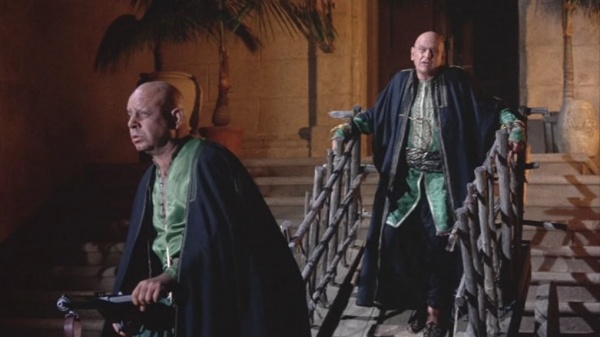 Same character holds his Sten when he defends his leader Sinan.

Said bald assassin's Mk III switches to a Mk II and back again. 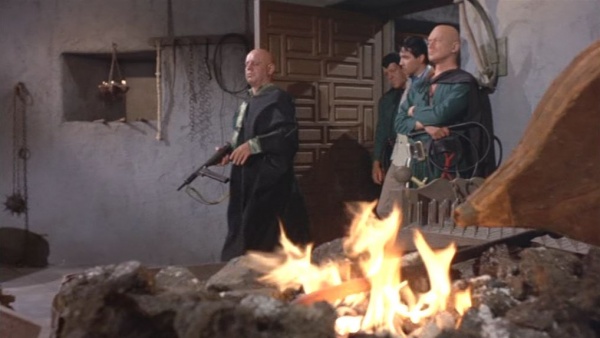 Bald assassin's Mk III switches to a Mk II in the scene of the kidnapping. 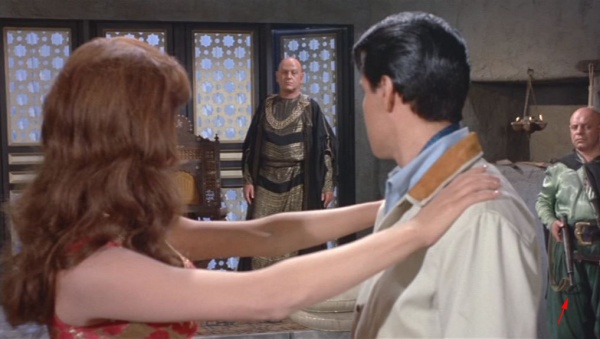 Same character with Mk II (at the right) in Sinan's palace. 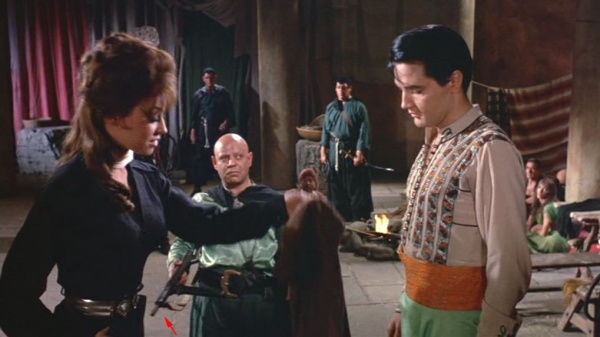 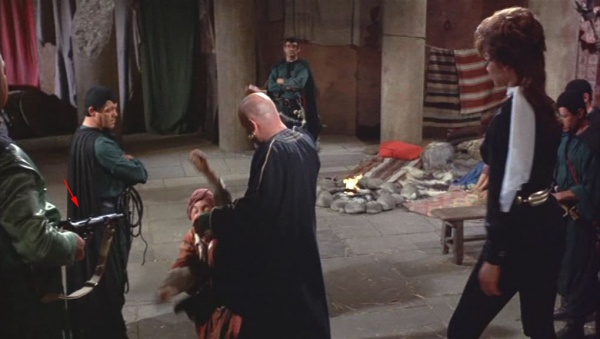 Sten Mk II is seen in hands of same character in another scene (again switching from Mk III).
Retrieved from "https://www.imfdb.org/index.php?title=Harum_Scarum&oldid=1513484"
Categories: