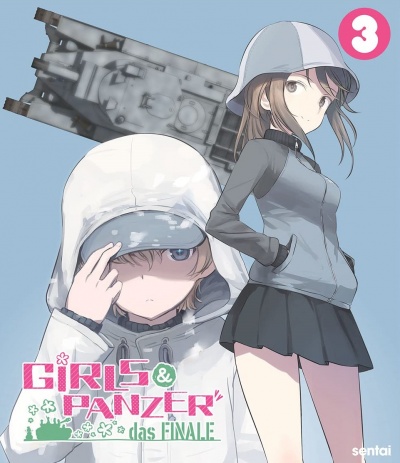 The Colt 1851 Navy is used by Belle, specifically the 1875 model, in Oarai High's Agricultural Science Department. 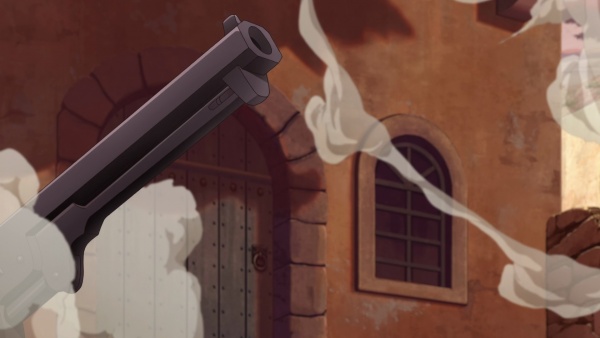 The revolver fired in the Daikon War! OVA. 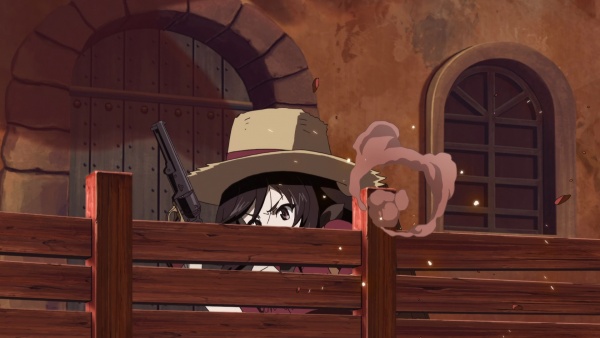 Belle ducks after being shot at. 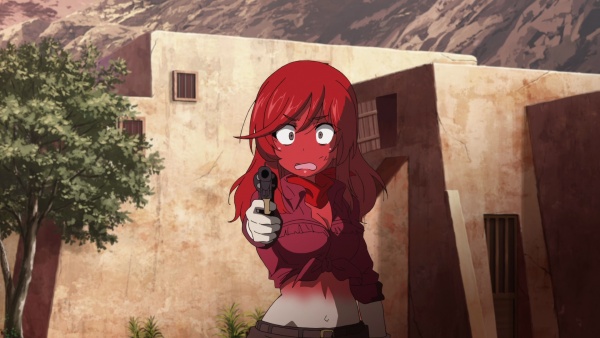 She's not pleased after Jane firess her Schofield, resulting in a paintball bullet to her face.

A Smith & Wesson Schofield is used by Jane, who acts as an armed sheriff in Oarai High's Agricultural Science Department. 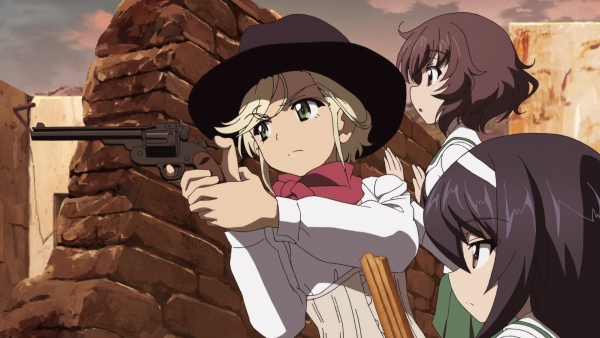 Jane fires the Schofield from behind cover in the Daikon War! OVA. 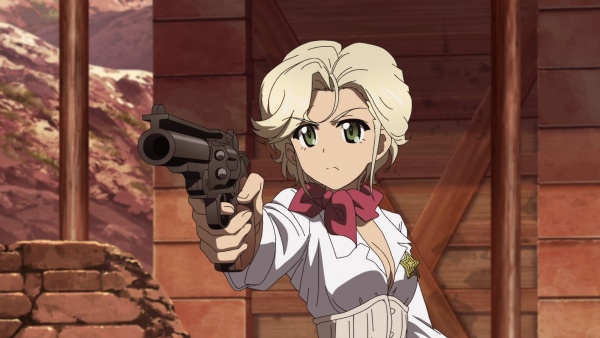 Jane aims her revolver at Belle. 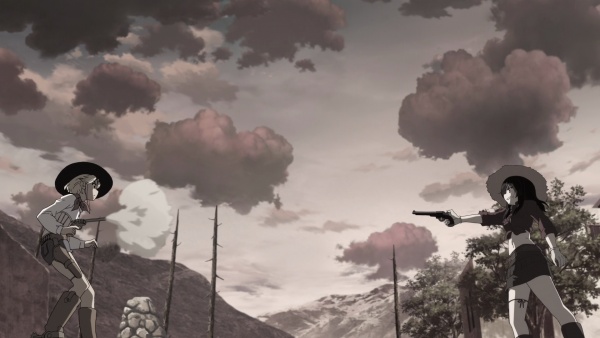 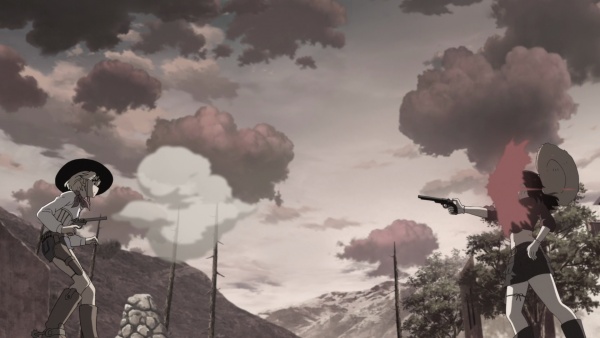 The shot hits Belle in the face.