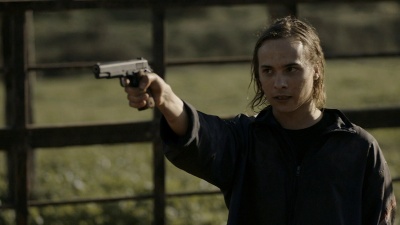 Frank Dillane holds an M1911A1 as Nick Clark in Fear the Walking Dead. 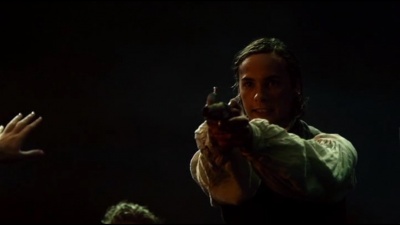 Frank Dillane aims a Flintlock Pistol as Henry Coffin in In the Heart of the Sea.

Frank Dillane is an English actor who is well known for his role as Nick Clarke in the AMC series Fear the Walking Dead. He also has appeared in such films as In the Heart of the Sea and Harry Potter and the Half-Blood Prince. He also is the son of actor Stephen Dillane.