Emily Deschanel is an American actress who is best known for her role as Dr. Temperance "Bones" Brennan in the FOX series Bones. She also is part of a famous show business family which includes sister Zooey Deschanel, mother Mary Jo Deschanel (an actress who has appeared in such films as The Patriot), and father Caleb Deschanel (a cinematographer whose film credits include National Treasure and The Patriot). 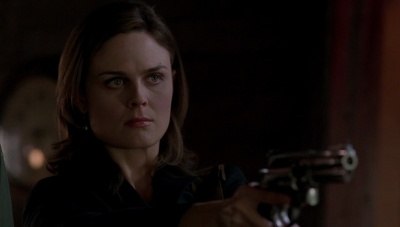