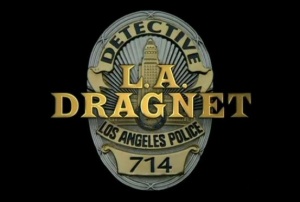 Dragnet is the 2003 remake of the classic Jack Webb television series. The series aired for 2 seasons on ABC and was produced by Dick Wolf (Law & Order). For Season 1 of the series remake, Ed O'Neill took over the role of Lt. Joe Friday, a veteran homicide detective who worked cases with his partner Frank Smith (Ethan Embry) out of the LAPD's Robbery Homicide Division. For Season 2, the series underwent an overhaul, where it was renamed L.A. Dragnet and Friday went from having a single partner to now heading up a unit of detectives. The series also showcased an early role for Eva Longoria.

The following weapons were used in the 2003 television remake of Dragnet:

A Colt Python is the sidearm carried by Lt. Joe Friday (Ed O'Neill). 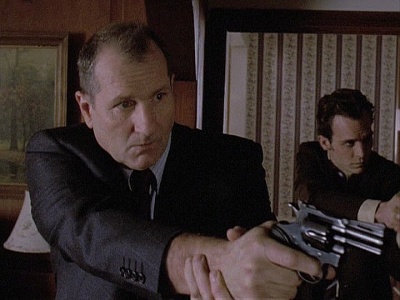 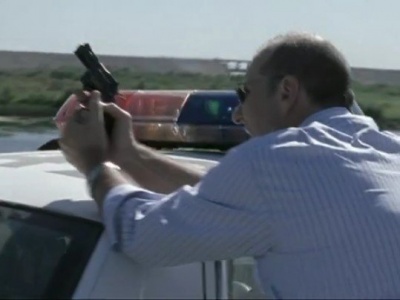 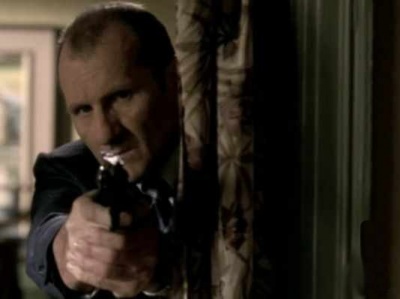 A Smith & Wesson 5906 is the sidearm carried by Friday's partner Det. Frank Smith (Ethan Embry) in Season 1. The 5906 also appears to be the pistol carried by Det. Dexter McCarron (Desmond Harrington) in Season 2. 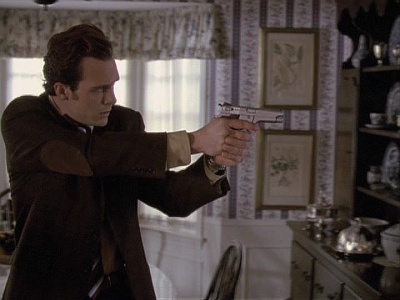 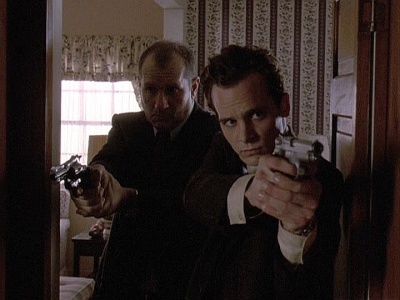 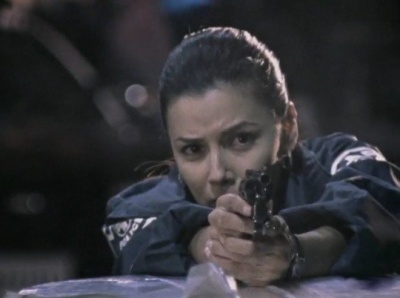 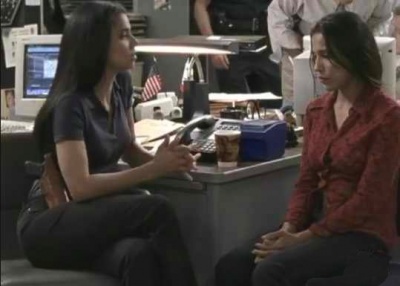 Det. Elana Macias (Roselyn Sanchez) with a two-tone Glock 26 in her holster. 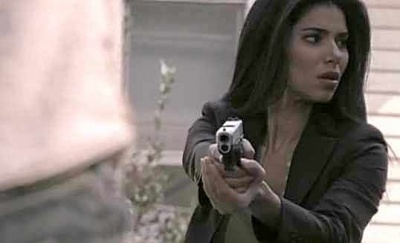 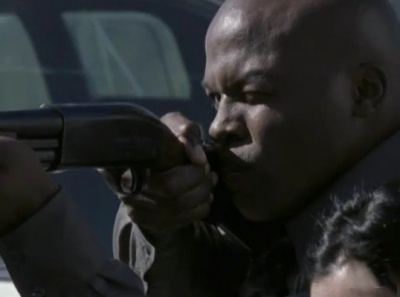