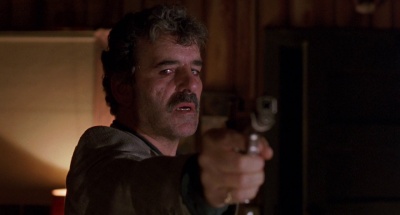 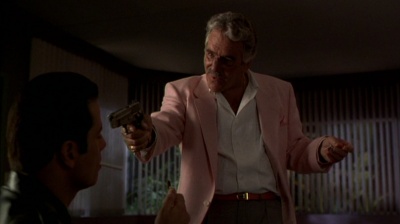 Dennis Farina with a nickel SIG-Sauer P226 as Ray "Bones" Barboni in Get Shorty. 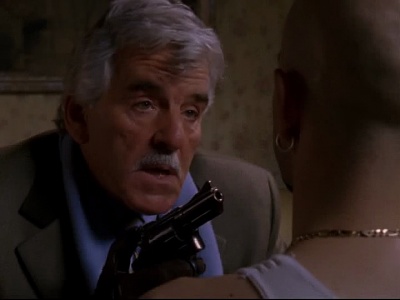 Dennis Farina was a veteran Chicago Police officer and US Army veteran who became friends with director Michael Mann and subsequently enjoyed a lengthy acting career playing law enforcement officers, notably as the tough police lieutenant Mike Torello in the Michael Mann-created series Crime Story and as NYPD Detective Joe Fontana through several of the later seasons of the original Law & Order. He also had notable roles as gangsters in the films Midnight Run and Get Shorty. Sadly, Farina passed away on July 22, 2013 after suffering a pulmonary embolism.