The following weapons were used in the film Criminal:

A Heckler & Koch P30 is also used by Jerico.

A Heckler & Koch USP Compact with a stainless steel slide is used by Elsa Mueller (Antje Traue), the personal assistant of the main antagonist, as her weapon of choice throughout the film.

The Brügger & Thomet APC9 is used by the gunmen who pursue Bill Pope (Ryan Reynolds).

The M4A1 Carbine is seen in the hands of the CIA's Special Activities Division members. 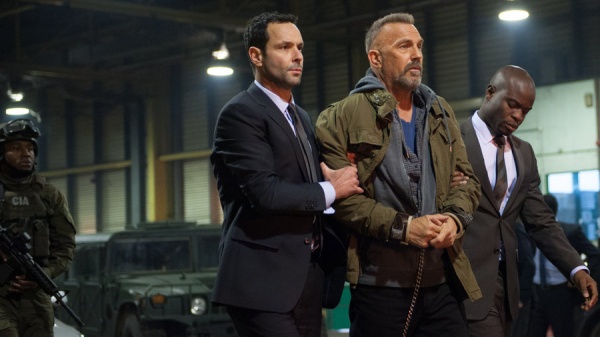 An agent on the left holds an M4A1 Carbine.

A sniper is seen armed with what appears to be a Remington 700PSS.

A sniper aims a Remington 700PSS.
Retrieved from "https://www.imfdb.org/index.php?title=Criminal&oldid=1521439"
Categories: