The following weapons were used in the film Composition for Victory Day (Sochinenie ko Dnyu Pobedy):

During the hijacking of the plane, Ivan Dyakov (Mikhail Ulyanov) carries a Walther P38, a piece of war-time booty. 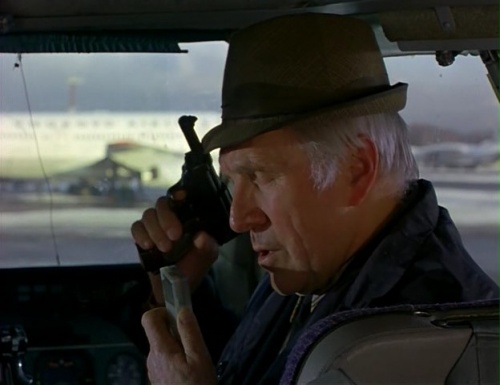 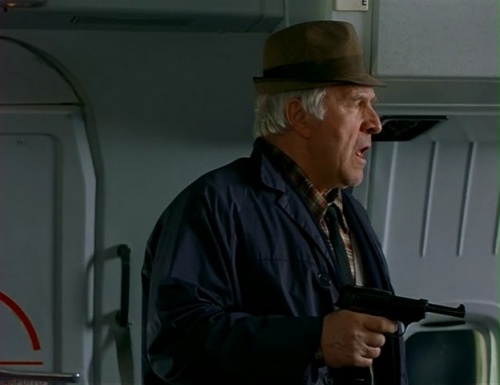 Makarov PM pistols are the service sidearms of Militsiya officers. Dyakov (Mikhail Ulyanov) takes a PM from the pilot of the hijacked plane. Security agent Nikitin (Vladimir Bolshov), disguised as a passenger, tries to use his PM during the hijacking. 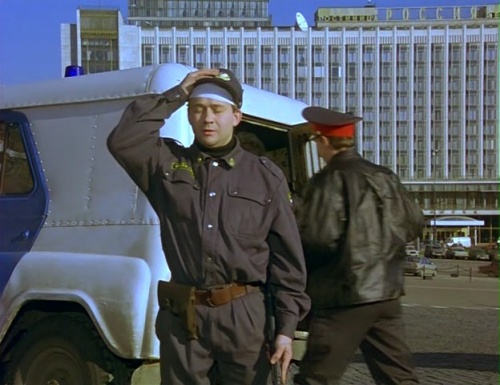 A young Militsioner (Gennadi Nazarov) carries a PM holster. It's hard to say if there is actually a pistol inside. 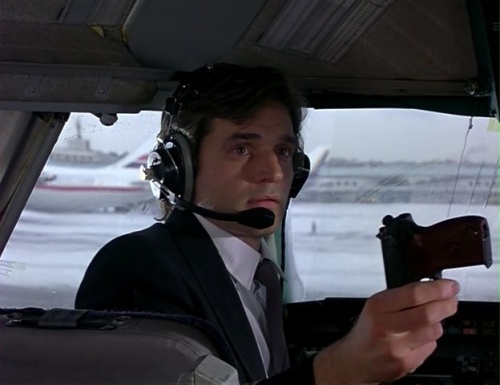 The pilot, Kostya (Konstantin Lavronenko), surrenders his PM to Dyakov. 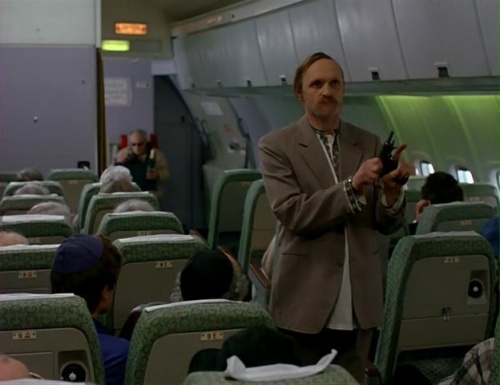 Nikitin in disguise cocks the pistol... 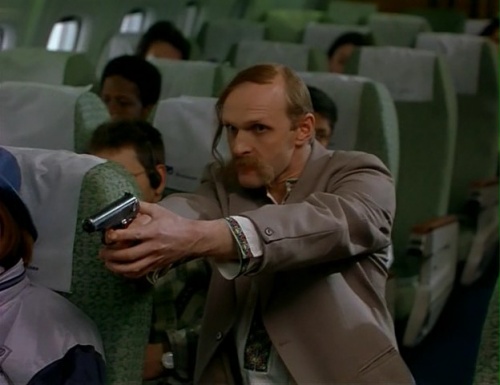 During the hijacking of the plane, Lev Margulis (Vyacheslav Tikhonov) holds an M1911A1. 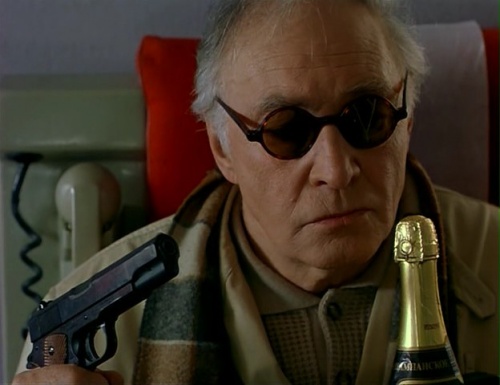 A close view of Margulis' pistol. 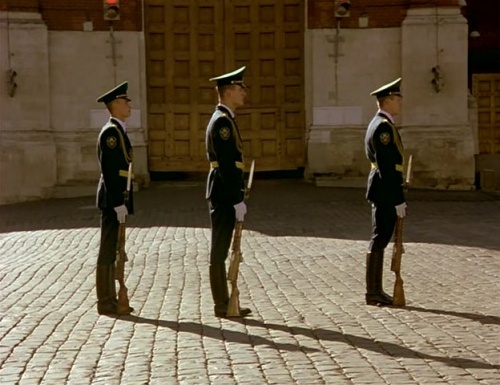 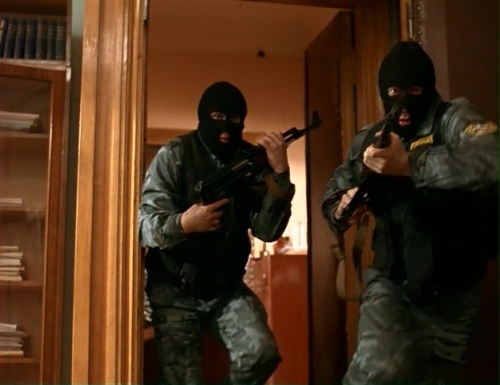 OMON (Russian SWAT) personnel break into the office of a corrupt official. 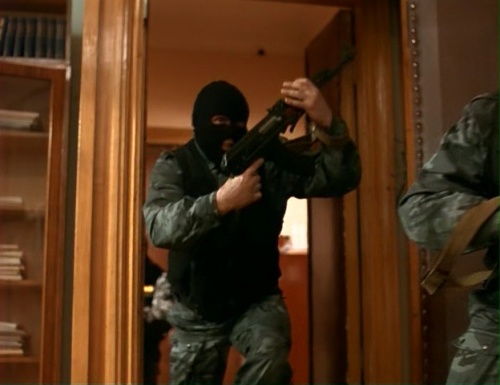 The folded stock of the AKMS is seen. 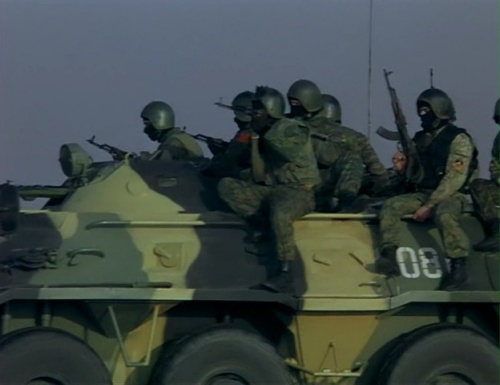 OMON personnel ride atop a BTR-80 APC in the final scene. 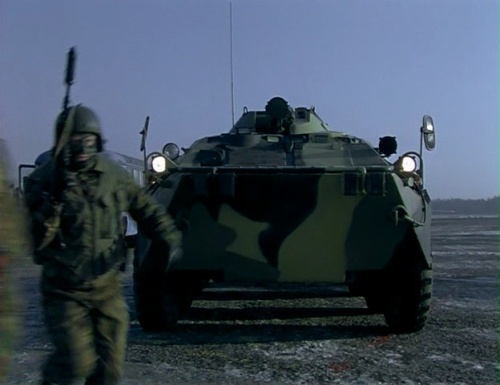 A man at the left holds an AKMS, fitted with a PBS-1 sound suppressor. 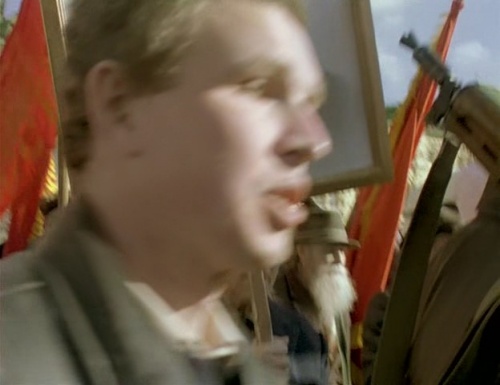 A barrel of an AKS-74U is seen at the right.

A KPVT machine gun is seen mounted on a BTR-80 APC. 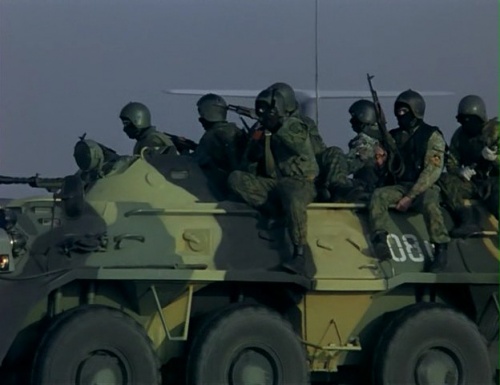 OMON personnel ride atop a BTR-80 APC in the final scene.
Retrieved from "https://www.imfdb.org/index.php?title=Composition_for_Victory_Day_(Sochinenie_ko_Dnyu_Pobedy)&oldid=1413276"
Categories: