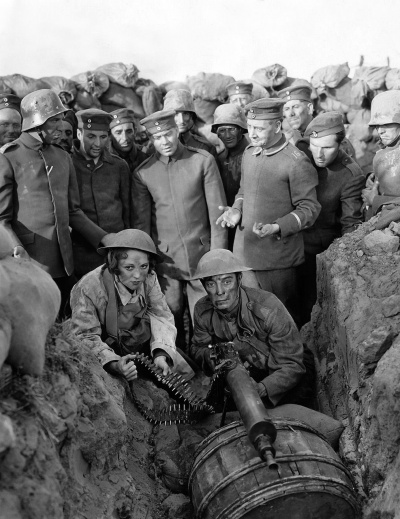 Buster Keaton (with Sally Eilers) crews a Maxim MG08/15 in a promotional still from Doughboys (1930).

Buster Keaton (October 4, 1895 - February 1, 1966) has over 150 credits as an actor in movies and television in a career spanning 1917 to 1966. He began his acting career at age 4, appearing on stage with his parents, who were vaudeville performers. He also has credits as a writer, director and producer. He performed his own stunts in his early movies, and was a stunt double for other actors in several movies. He received a Star on the Hollywood Walk of Fame in 1960.