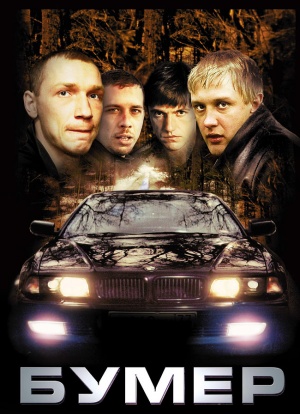 Bumer (Russian: Бумер), (English: Boomer) is a Russian film about four friends: Konstantin (Kostyan) nicknamed Kot (Russian: Кот, English: Cat) played by Vladimir Vdovichenkov, Dmitri (Dimon) nicknamed Oshparenny (Russian: Ошпаренный, English: Scalded) played by Andrey Merzlikin, Pyotr (Petya) nicknamed Rama (Russian: Рама, English: Frame) played by Sergei Gorobchenko, and Aleksei (Lyoha) nicknamed Killa (Russian: Килла) played by Maksim Konovalov, who get into trouble with the law. In 1999, Kot and Rama steal a black BMW and drive it to a chop shop. Dimon collides with gangsters, who beat him and steal his white Mercedes-Benz because of his bad driving and agressive attitude. He wants to get his car back, so he and his friends go to the gangsters' office, however they start insulting and threatening them so Killa pulls a gun and shoots one of the gangsters, who turned out to be an undercover cop.

The following guns were used in the film Bumer:

A Makarov PM is used by Rama. 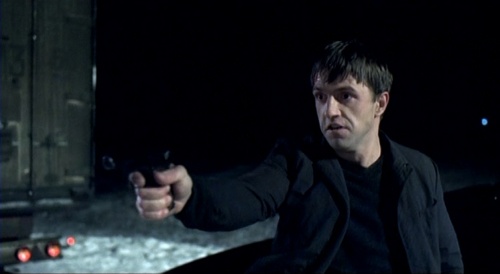 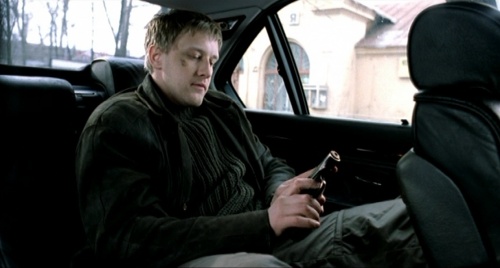 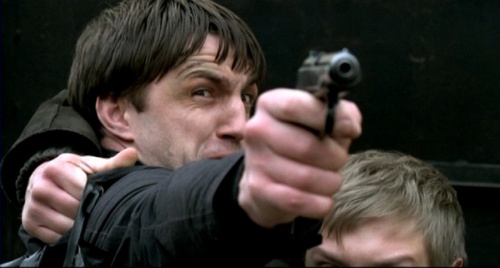 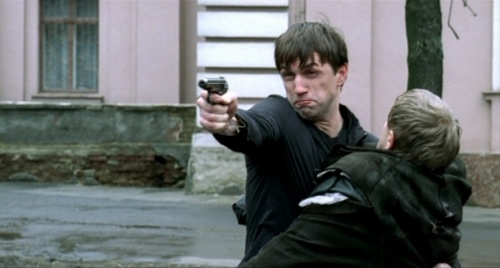 Kot fires his Makarov PM at the Militsiya 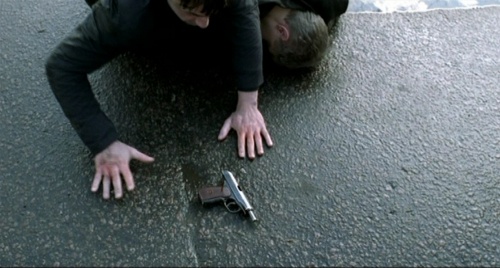 A Tokarev TT-33 is used by Kot and Rama when robbing the computer store. 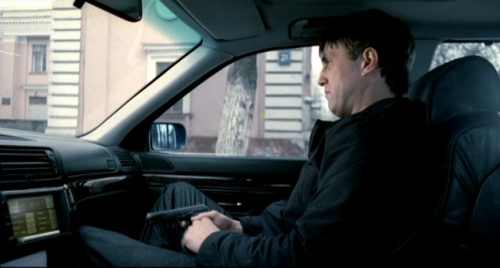 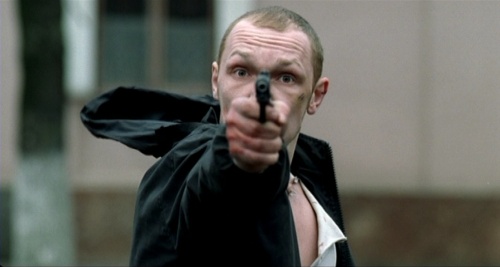 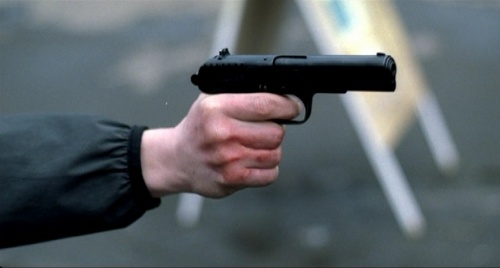 Close shot of Tokarev TT-33. Note the shape of the cocking serration which is typical for pre-1947 version. 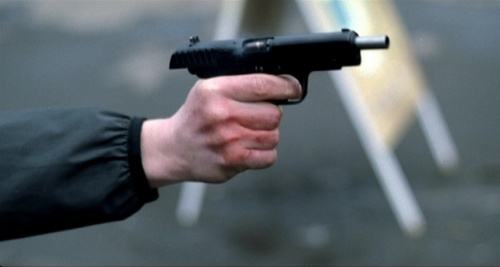 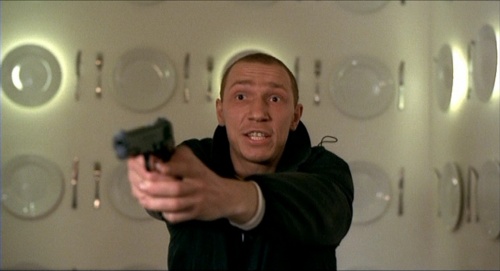 Killa points his Colt M1911A1 at the gangsters 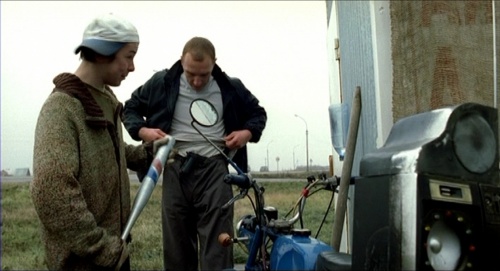 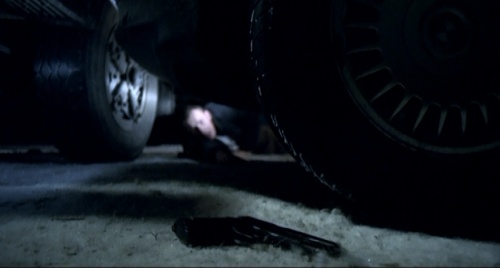 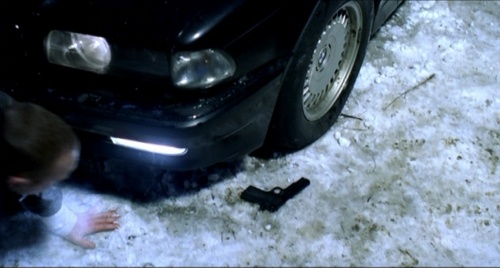 Killa reaches for his Colt M1911A1 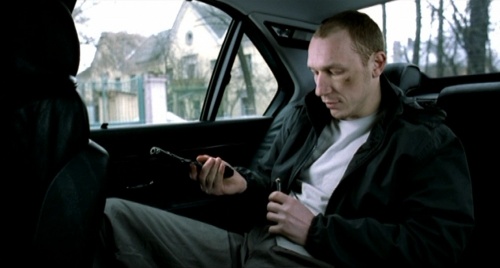 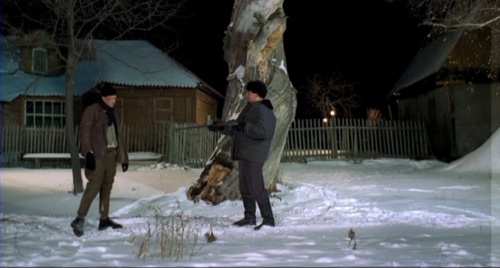 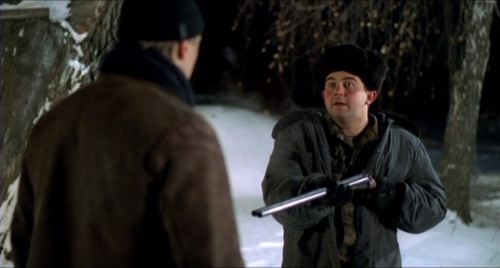 A AKS-47 is used by an Militsiya officer (Russian police). 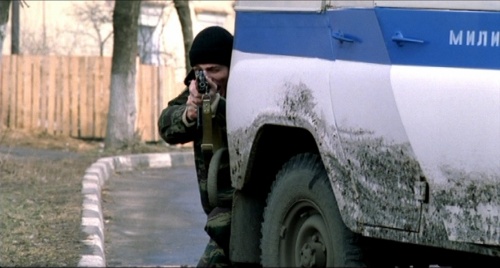 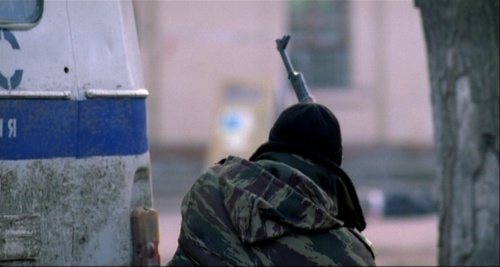 Militsiya officer fires his AKS-47 in the air 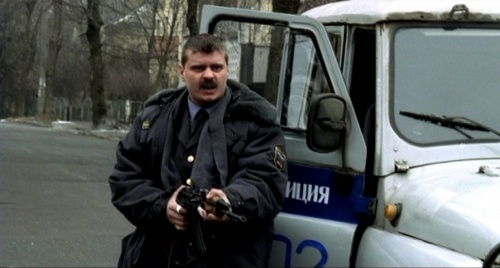 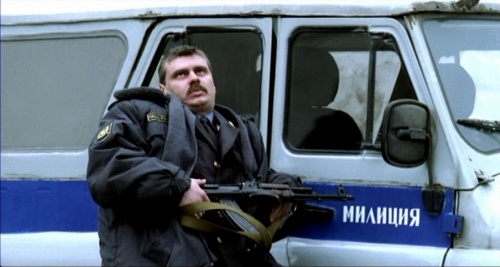 Dying Militsiya officer with his AKMS 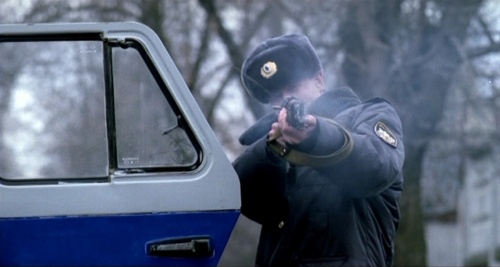 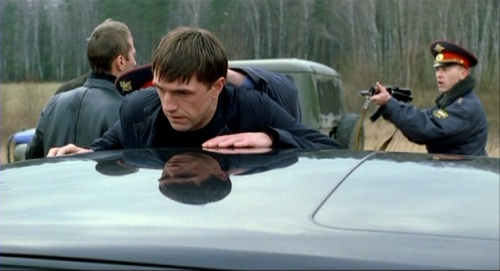 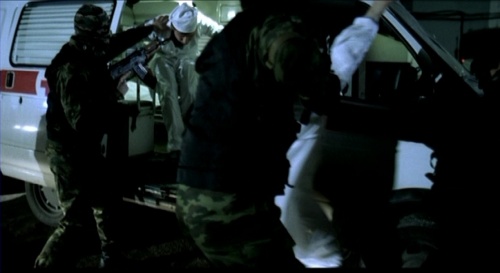