Black Sun: The Nanking Massacre (Hei tai yang: Nan Jing da tu sha, 黑太陽─南京大屠殺) is a 1995 Hong Kong war drama about the Nanking Massacre in December 1937. The film was also released as Men Behind the Sun 4 as it was the fourth in the line of Hong Kong films about the events of Second Sino-Japanese War and World War II in the Far East, starting with Men Behind the Sun (1988).

The following weapons were used in the film Black Sun: The Nanking Massacre: 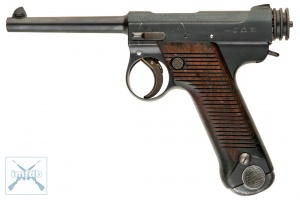 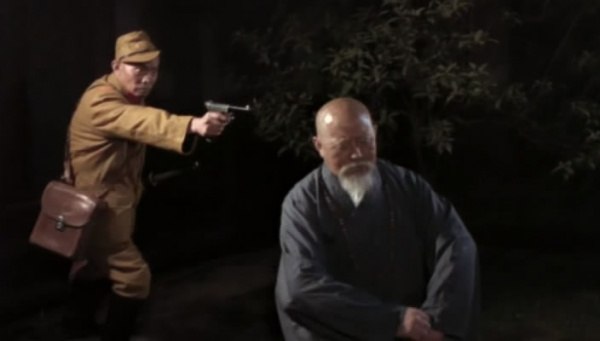 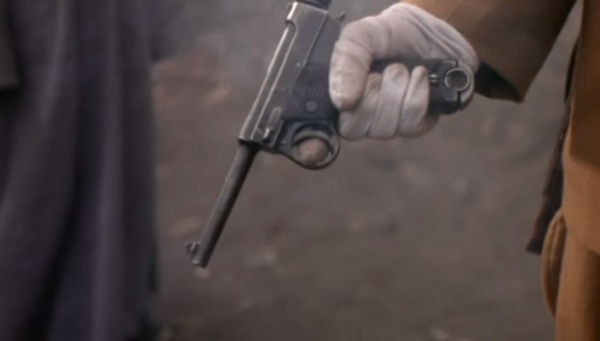 A close view of a Nambu pistol. 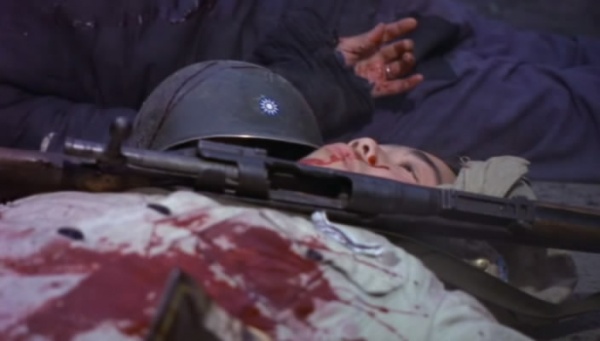 An Arisaka rifle on the body of a Chinese soldier. 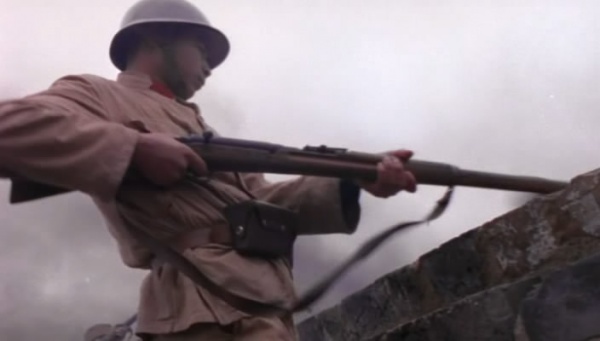 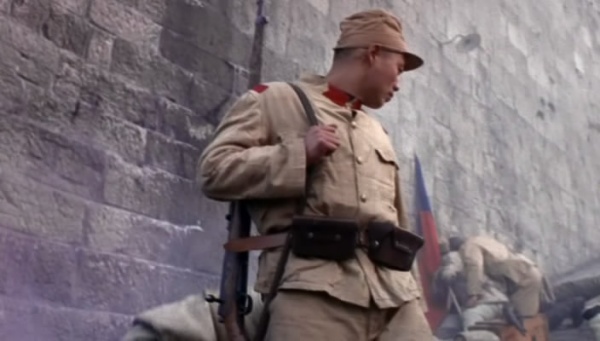 A soldier patrols with his rifle on sling. 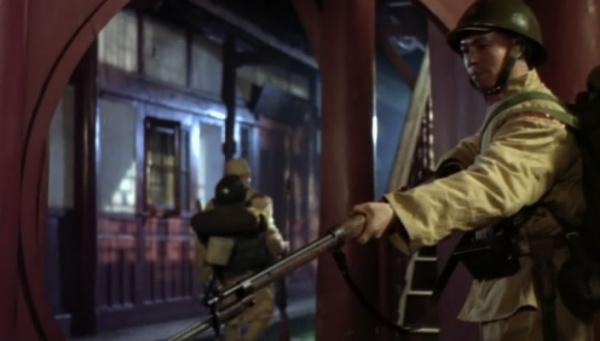 A soldier aims his rifle at a Buddhist monk. 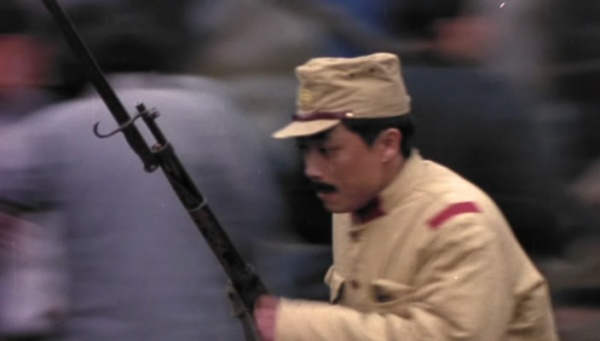 A soldier with Arisaka rifle pursues a Chinese woman, trying to escape. 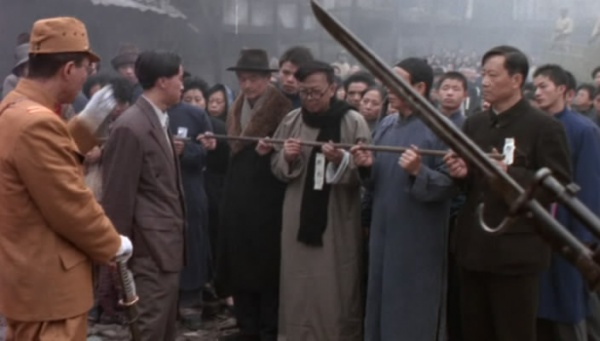 A close view of a bayonet. 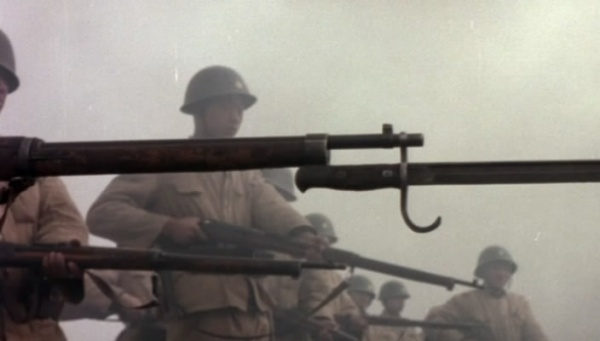 A close view of a barrel.

In the scene of a military parade of Japanese troops some soldiers carry Mauser-style rifles that appear to be Chinese Type Zhongzheng Rifles. They are seen very blurry due to fast motion, and only barrels can be seen. 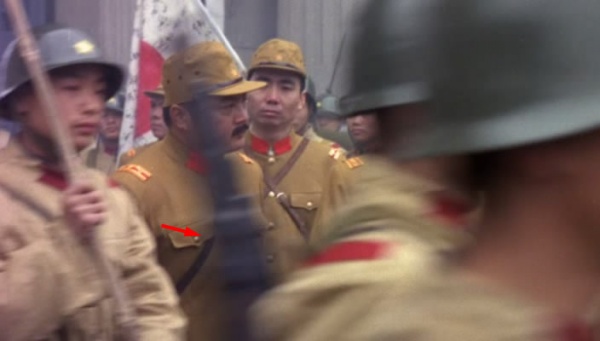 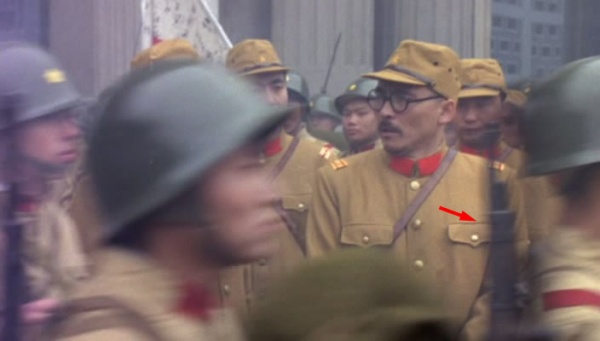 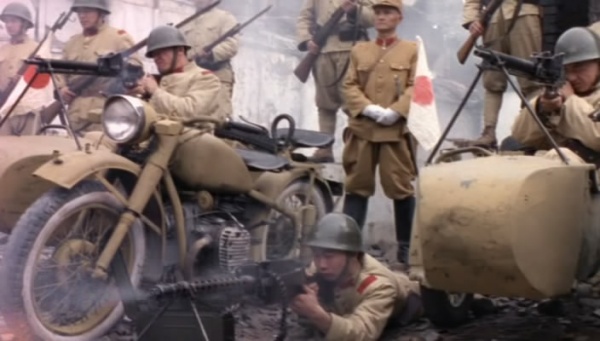 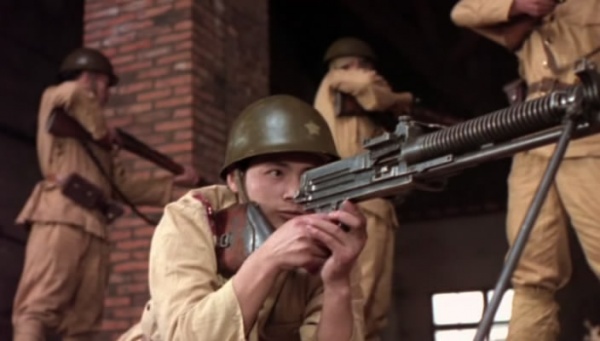 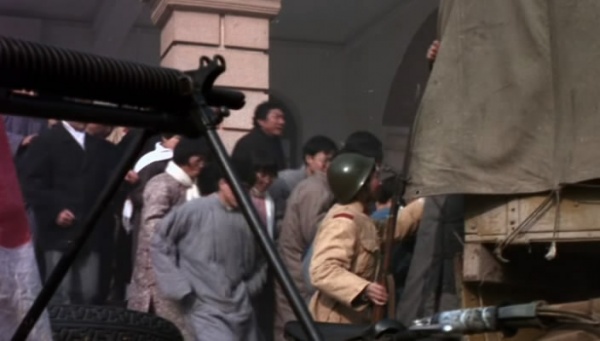 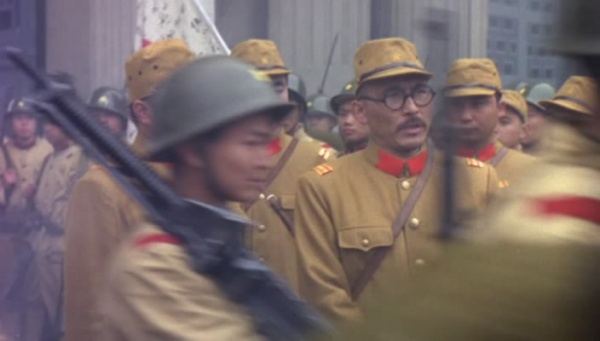 A Japanese soldier carries a Type 11 during the military parade. 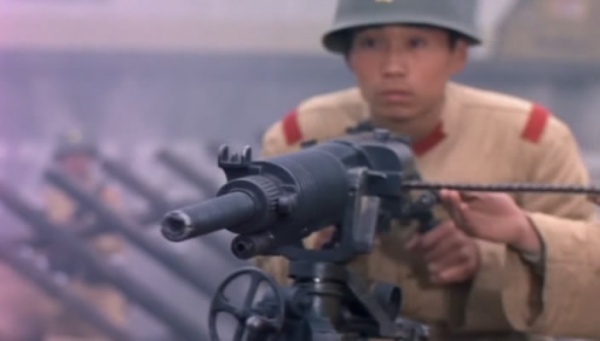 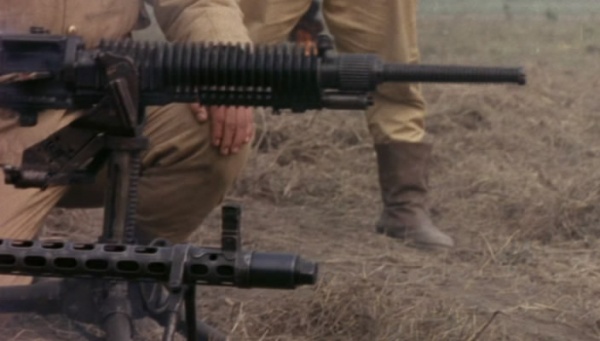 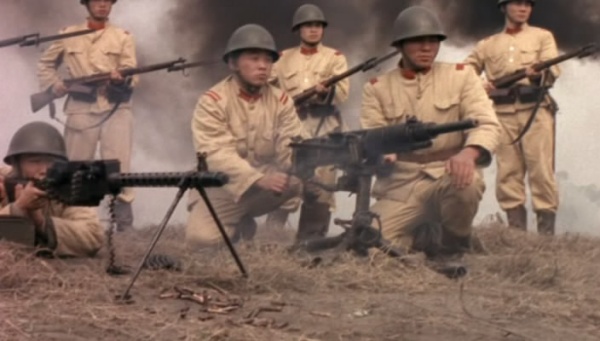 A Type 3 and a Maxim-Tokarev are used during the mass execution of Chinese people. 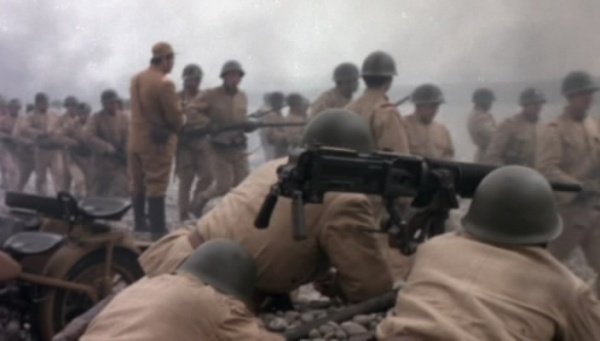 A Type 3 is seen from the back. This view allows to identify the machine gun as a Type 3 rather than a Type 92.

In the opening scene several belt-fed light machine guns are seen among the bodies of dead Chinese soldiers. They appear to be Soviet Maxim-Tokarev (or simply MT) machine guns. Later MTs are also used by Japanese troops. In reality some number of MTs was supplied to Chinese Kuomintang troops so they could be captured and reused by Japanese army. 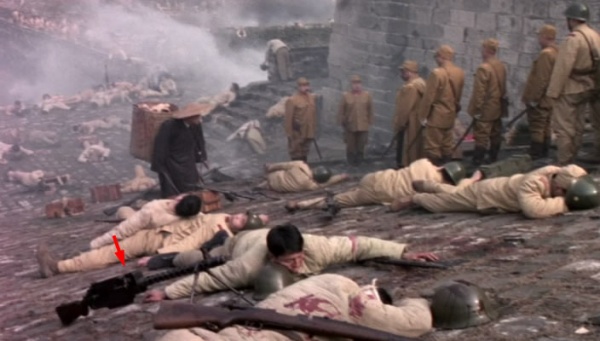 An MT is seen on the battlefield. 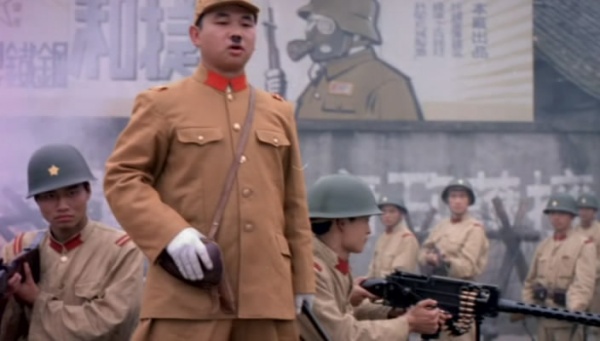 A Japanese soldier at the right mans an MT. It appears to be an even more rare version of this machine gun, fitted with a pistol grip instead of a rifle stock. 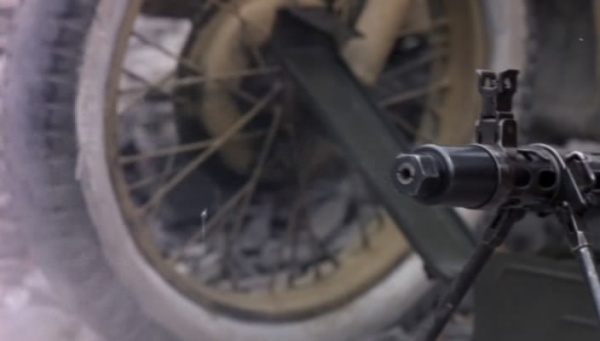 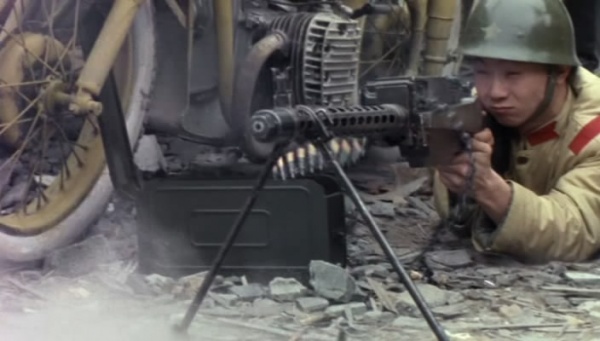 A soldier fires the MT. 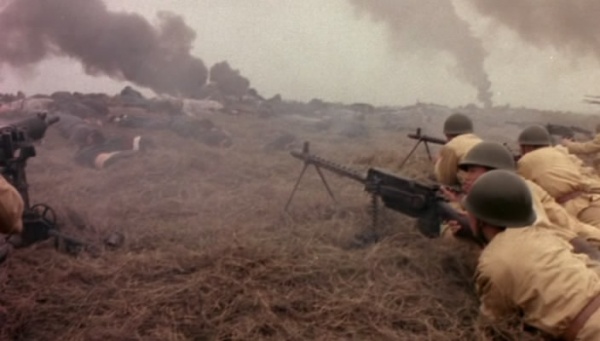 A stock of MT is seen. 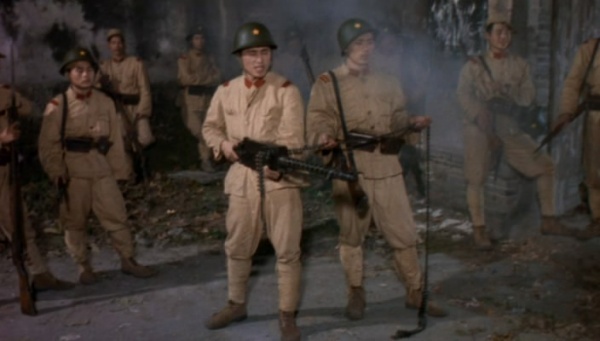 A soldier fires MT without using a bipod. Next to him an assistant holds the cartridge belt.

Both Chinese and Japanese soldiers are seen with stick hand grenades. They appear to be Type 67 stick grenades, standing for similar looking Japanese Type 98 and Chinese Type 23. 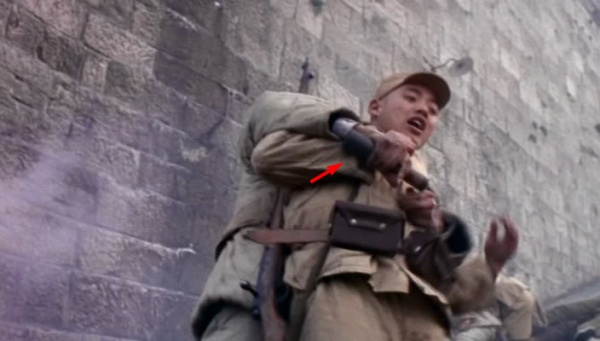 A Chinese soldier blows himself up, together with his enemy. 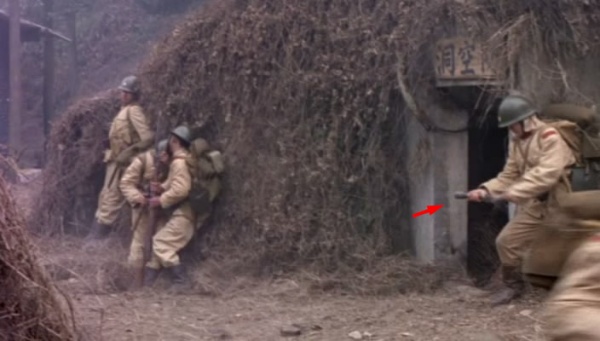 A Japanese soldier prepares to throw a grenade in the entrance of a Chinese temple.
Retrieved from "https://www.imfdb.org/index.php?title=Black_Sun:_The_Nanking_Massacre&oldid=1442851"
Categories: