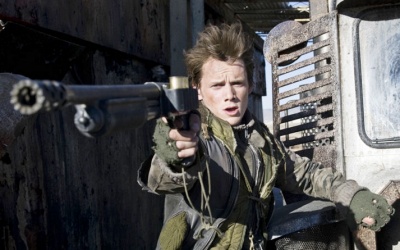 Anton Yelchin as Tim with a Colt M1911A1 in Thoroughbreds.

Anton Yelchin was a Russian-born actor best known for his role as Ensign Pavel Chekov in the reboot trilogy of Star Trek films beginning in 2009. He also appeared as Kyle Reese in 2009's Terminator Salvation. He died at the age of 27 from injuries suffered in a freak car accident at his home on June 19, 2016.