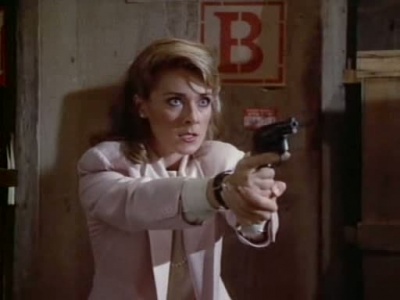 Anne-Marie Martin is a Canadian actress probably most famous for her role as Detective Dori Doreau on the 1986 satire Sledge Hammer!. She was also married to writer/producer/director Michael Crichton for fifteen years, and is credited as the co-writer of the film Twister. Crichton dedicated his novel Jurassic Park to her and their daughter.