Adventures of Tom Sawyer and Huckleberry Finn, The

The Adventures of Tom Sawyer and Huckleberry Finn (Приключения Тома Сойера и Гекльберри Финна; Priklyucheniya Toma Soyera i Geklberri Finna) is a 1982 Soviet Adventure movie directed by Stanislav Govorukhin. This movie based of the novel of Mark Twain The Adventures Of Tom Sawyer.

The following weapons were used in the film The Adventures of Tom Sawyer and Huckleberry Finn:

The sheriff (Viktor Pavlov) carries the Smith & Wesson No.3 Russian Model as his duty sidearm throughout the series. Note that the revolver lacks its hammer, and in "firing" scenes actor only imitates shooting. 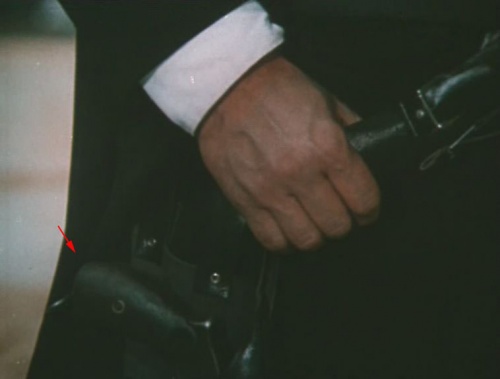 The grip of Sheriff's revolver. 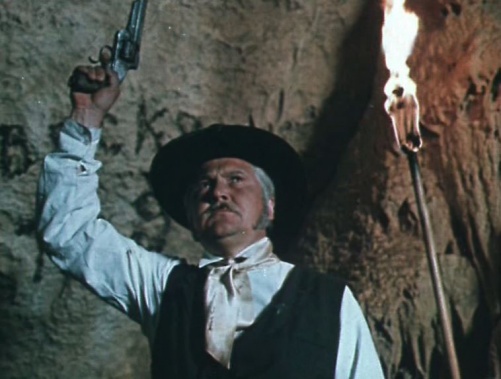 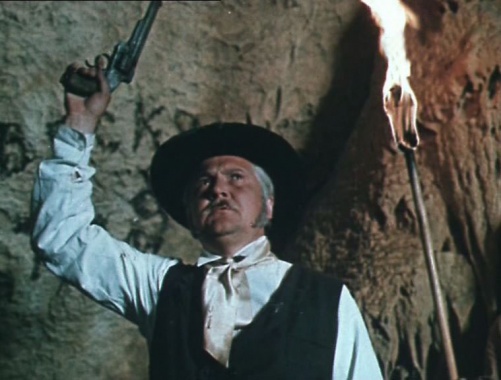 Sheriff fires his Smith & Wesson in air in the scene in the cave. The lack of the hammer is seen. 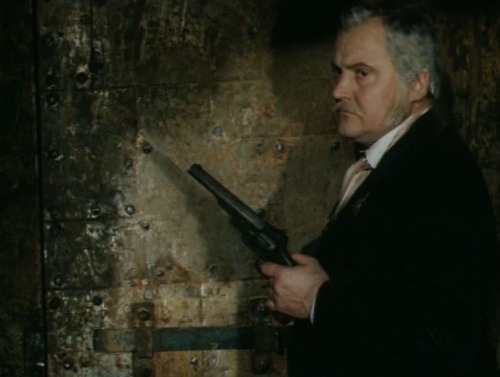 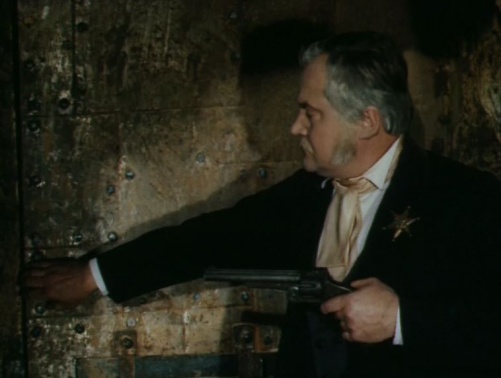 Sheriff holds his revolver in another scene.

Winchester Model 1866 "Yellow Boy" Muskets are seen in hands of a Sheriff's deputy and guards on the trial (they likely depicts National Guards). 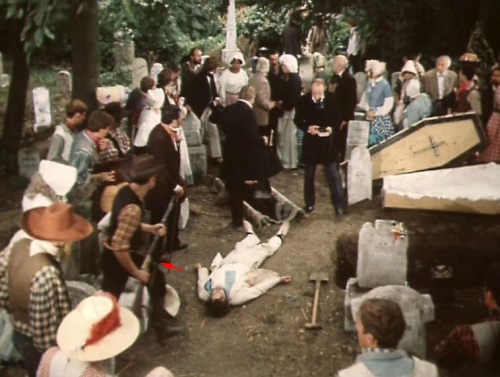 A Sheriff's deputy holds an M1866 Musket in the scene on the cemetry. Note the long handguard with two barrel bands. 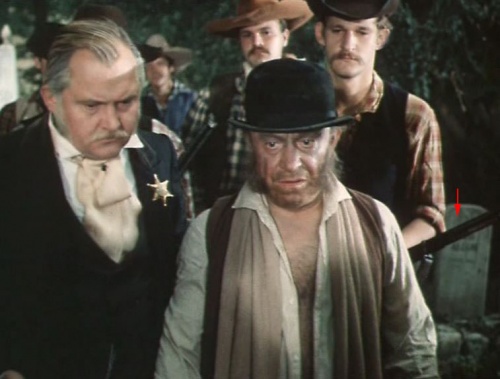 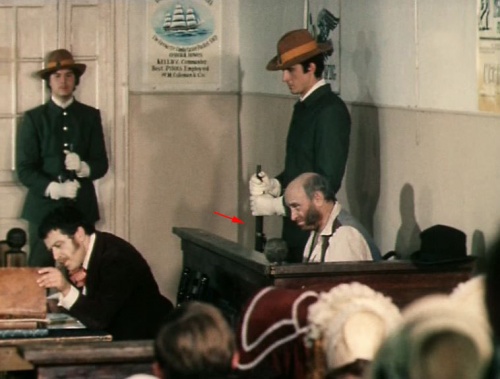 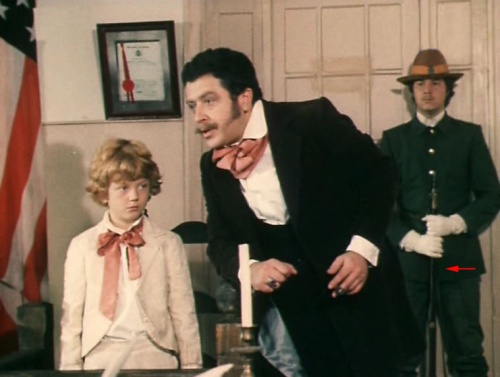 During the trial on Meff Potter the guards are armed with M1866 Muskets. 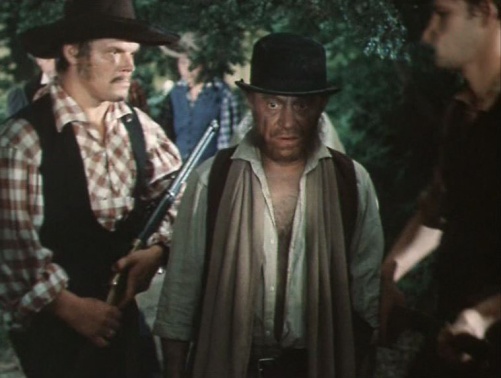 A deputy holds an M1866 Carbine in the scene on the cemetry. 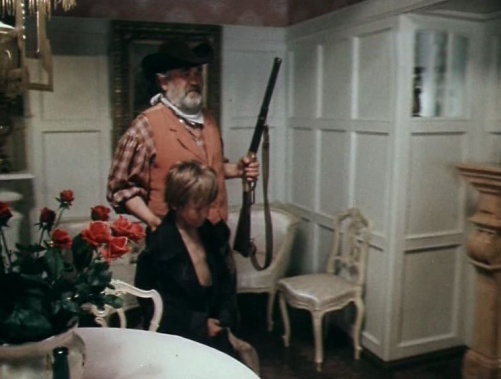 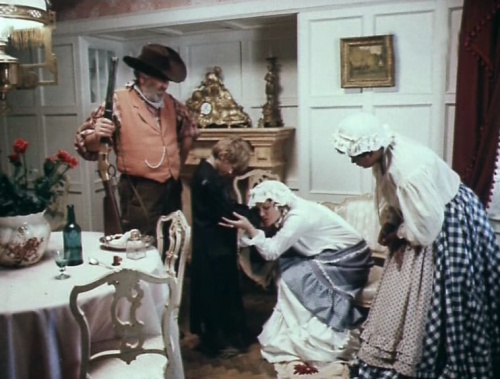 Another view of farmer's carbine. 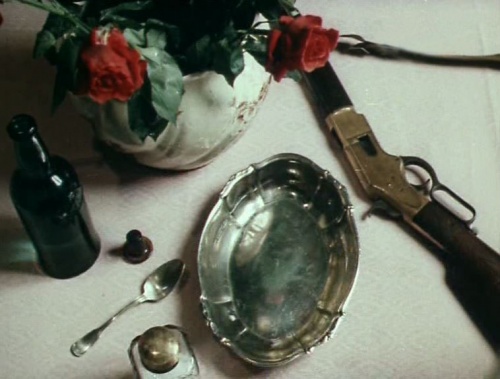 The carbine on table. 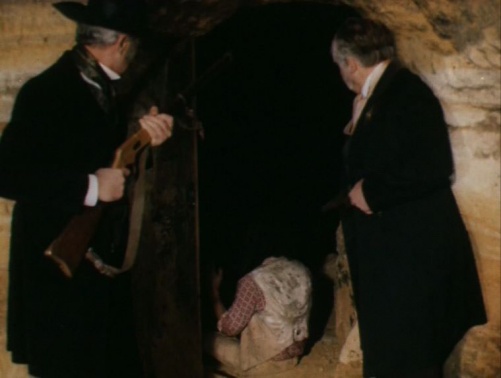 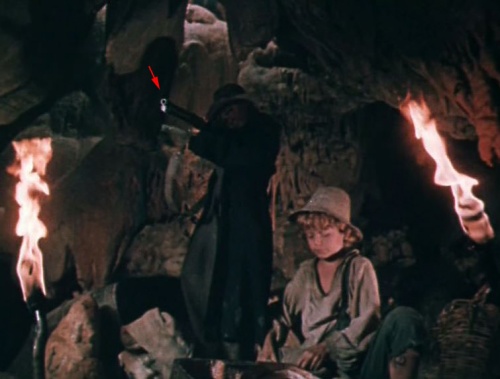 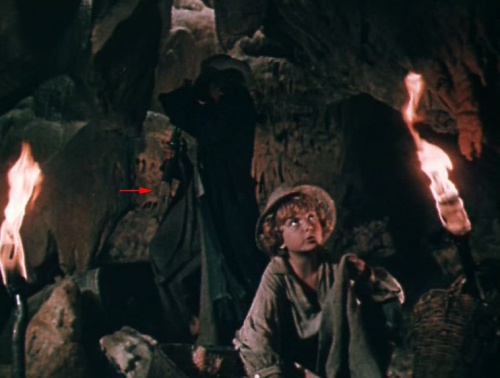 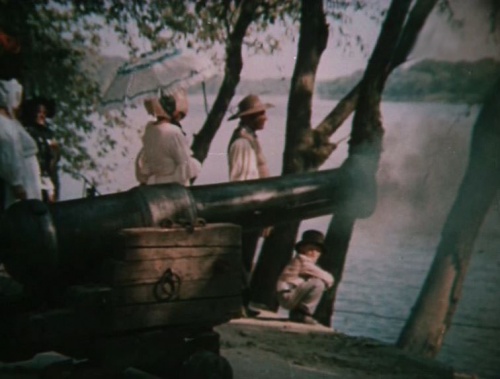 A muzzleloading cannon on the river beach is used for salute.