Zatōichi, a wandering blind masseur, comes across a town where the local populace is terrorized by rival yakuza gangs and springs into action to protect the innocent. His opponents underestimate the blind wanderer at first- not realizing he is one of the deadliest swordsmen to ever walk the Earth.
The following weapons were used in the film Zatōichi: 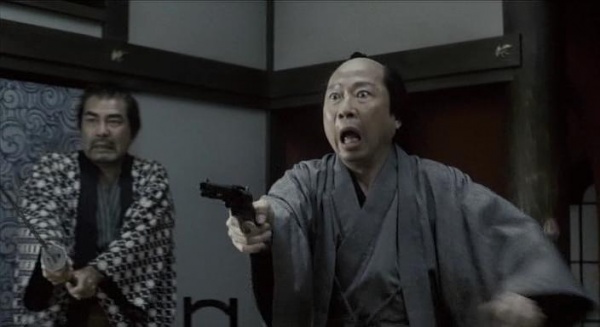 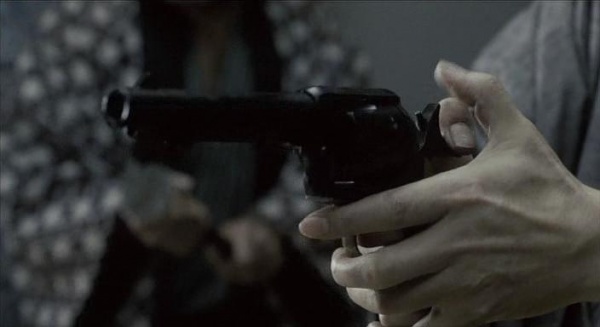 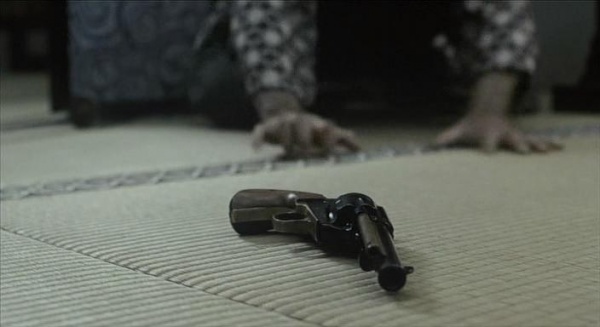 He drop his gun. 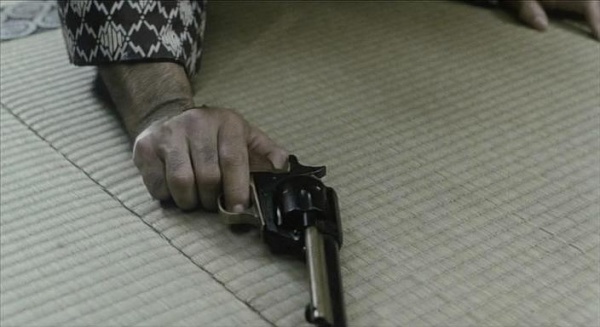 A yakuza reaches for the revolver.
Retrieved from "http://www.imfdb.org/index.php?title=Zatoichi&oldid=1497836"
Categories: