Without a Paddle: Nature's Calling

The following guns were used in the film Without a Paddle: Nature's Calling 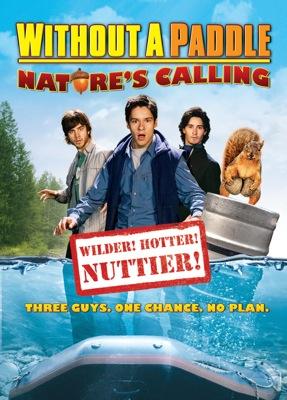 Mob enforcer Massey (Robert Blanche) carries a reverse two-tone SIG-Sauer P226 as his sidearm. This is the exact same custom P226 that was originally supplied by Independent Studio Services for 2 Fast 2 Furious (the unique nickel frame/blued slide combination is not available from the factory). 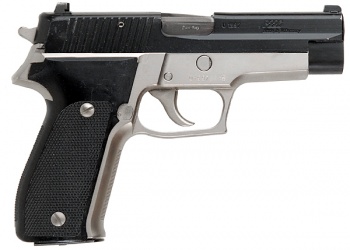 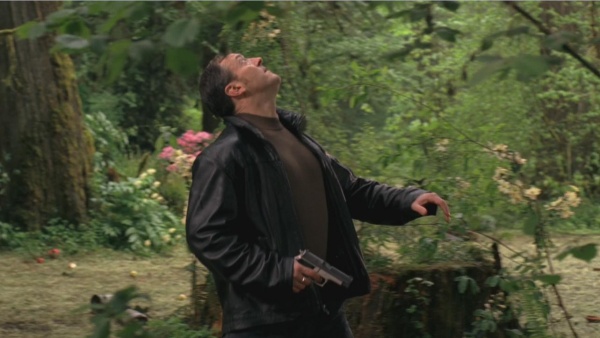 Massey searches for another way into the tree house with his custom SIG P226 (the same gun from 2 Fast 2 Furious) drawn. 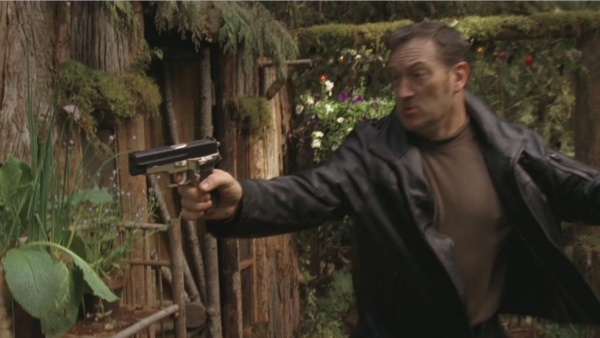 After getting into the tree house, Massey tries to draw his P226 on Ben (Oliver James). 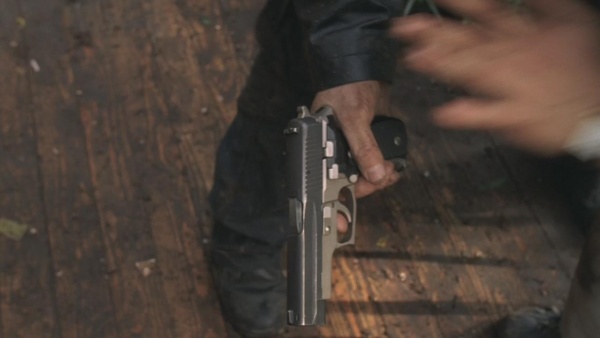 A closer view of the P226 in Massey's hand before Ben knocks it away from him. 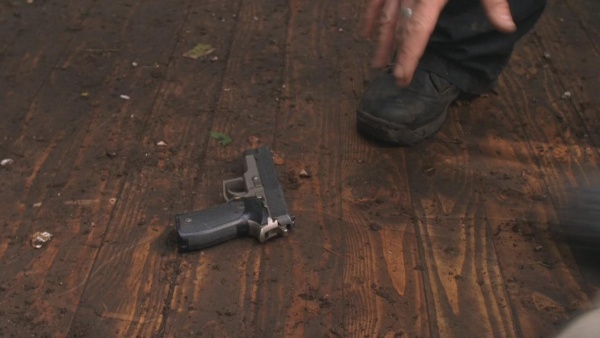 The P226 lying on the floor before Ben kicks it away. 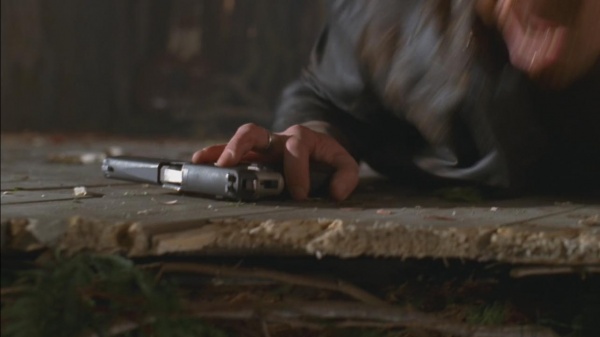 Massey retrieves his P226 just before it falls into the hole in the floor. 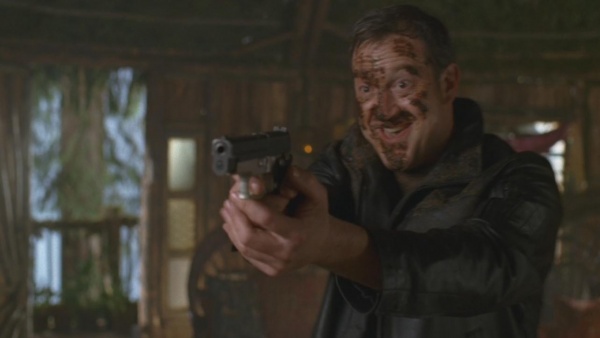 After subduing Ben, Massey aims the P226 at him.

Overton (Todd Robinson) carries a full-size Heckler & Koch USP (most likely in 9x19mm) as his sidearm. 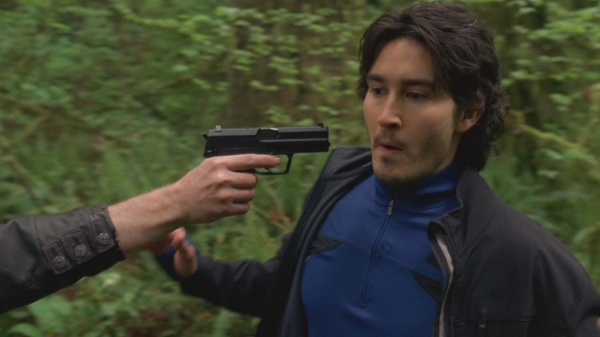 Nigel (Rik Young) backs into the barrel of an H&K USP. He turns around... 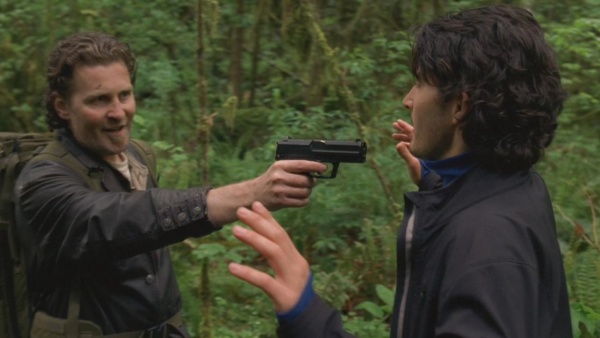 ...and sees that the gun belongs to Overton. 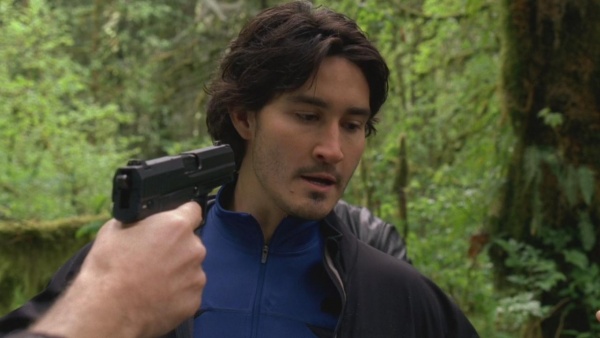 Nigel gets tapped on the shoulder by Massey while still starring down the barrel of Overton's USP. 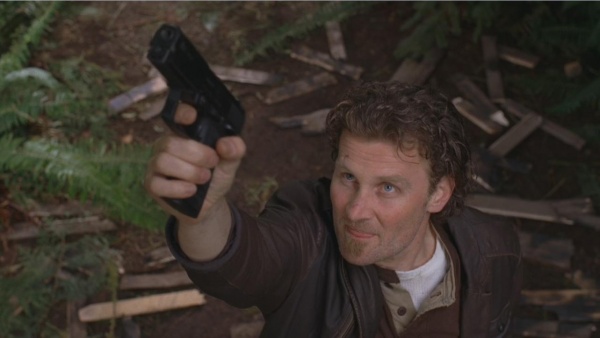 In the climax, Overton tries to shoot Zach (Kristopher Turner) with his USP... 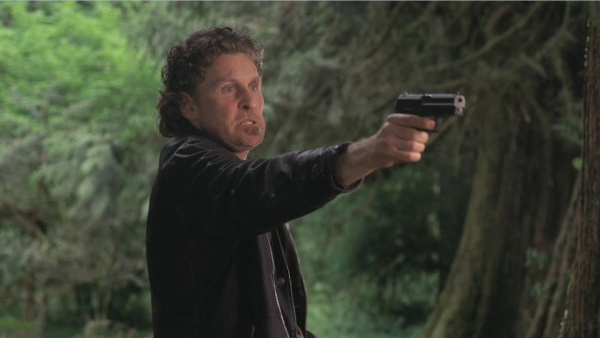 ...but gets distracted when Nigel hits him in the neck and buttock with darts. So he turns and fires at Nigel instead.

When confronting the campers at the tree house, Overton (Todd Robinson) takes a Colt AR-15 Law Enforcement Carbine fitted with an ACOG sight from his backpack (definitely not an M4A1, as the barrel is clearly 16" and he only fires the weapon on semi-auto). The lower handguard on his AR is missing, so that he can quickly attach a Cobray CM203 37mm launcher to the barrel. 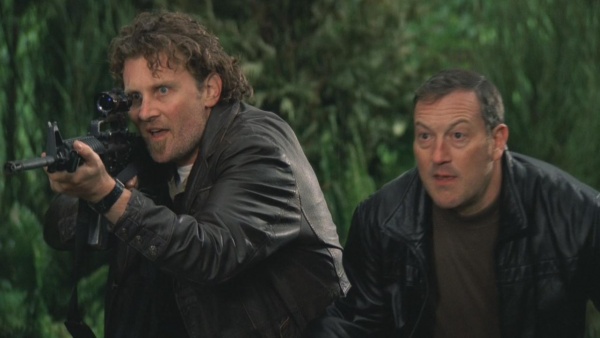 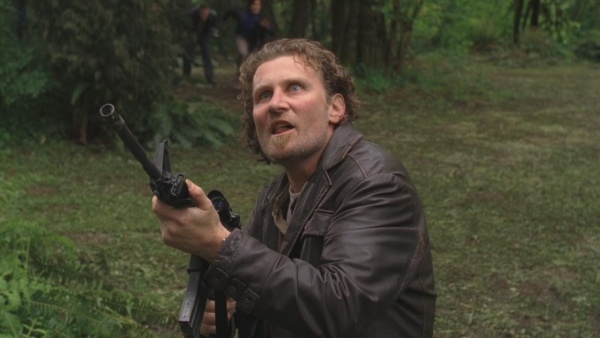 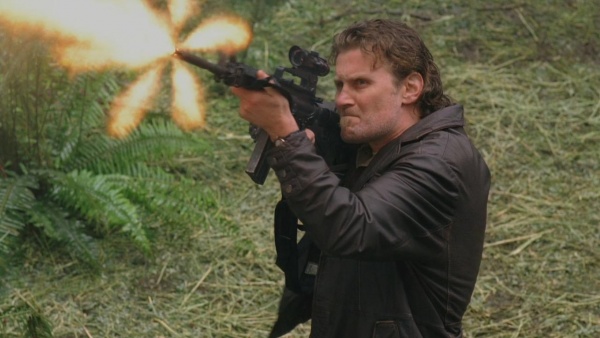 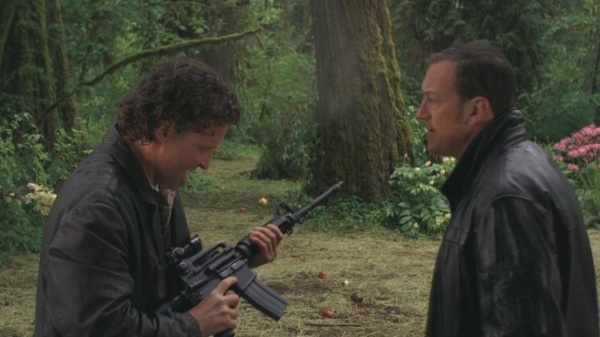 Overton prepares to drop his mag and reload. 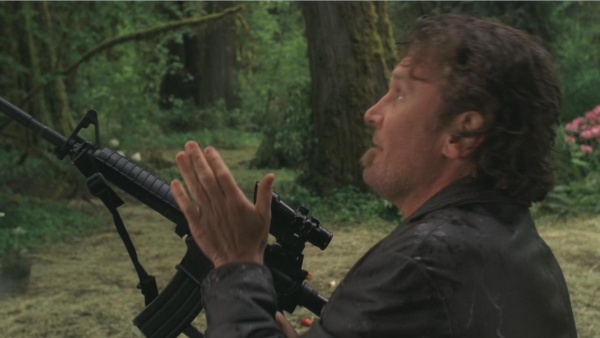 Overton re-chambers his AR after reloading. Note the missing lower handguard (which is intentional; it allows him to attach a Cobray CM203 launcher quickly, though it also could cause him to burn his hand if held incorrectly!)

After Massey tells him to "smoke 'em out", Overton (Todd Robinson) attaches a Cobray CM203 37mm launcher to his Colt AR-15 Law Enforcement Carbine. As is common in movies, the Cobray 37mm launcher, which can only launch non-lethal ordnance in real life, is portrayed as an HE grenade launcher. In this movie, the launcher is also shown capable of firing grappling hooks, too. 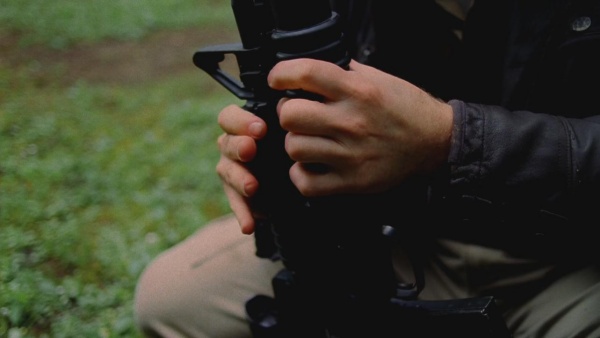 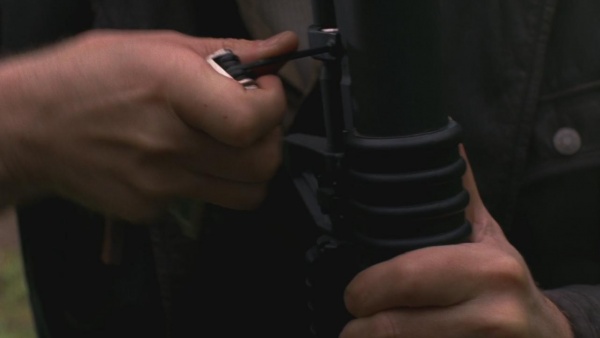 ...secures the front clamp with an allen wrench... 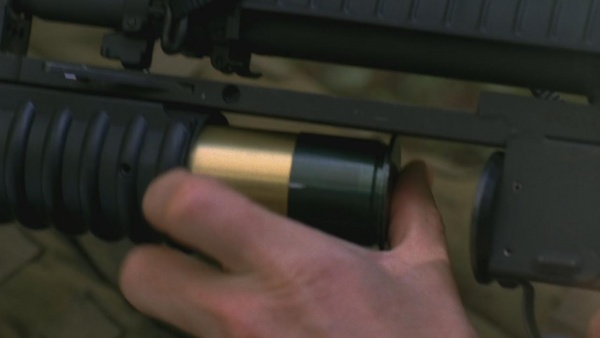 ...and then loads a (fake) HE grenade into the launcher (which the Cobray CM203 could never fire in real life). 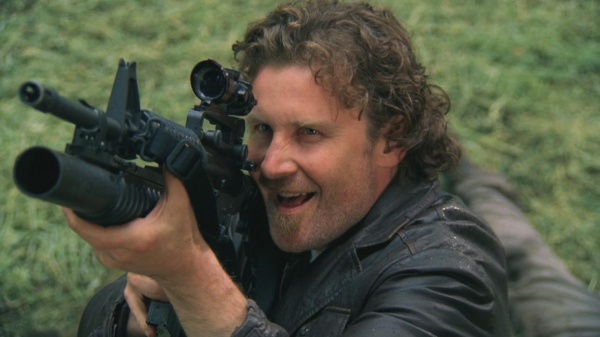 Overton prepares to fire the launcher.