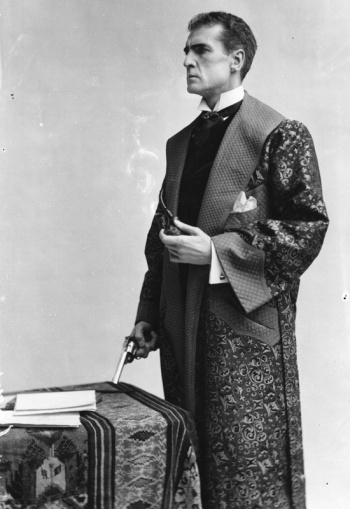 William Hooker Gillette (July 24, 1853 – April 29, 1937) was a well-known American actor, screenwriter and stage manager of the late 19th - early 20th centuries. He is best known for portraying Sherlock Holmes on stage and in a 1916 silent film. It was Gillette who made the deerstalker cap and the curved pipe enduring symbols of Holmes on screen.