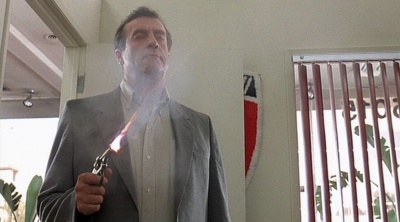 William Boyett (1927-2004) with the S&W Safety Hammerless as Jonathan Miller in The Hidden.

William Boyett was an American actor best known to television audiences for his role as Sgt. William "Mac" MacDonald in the series Adam-12.