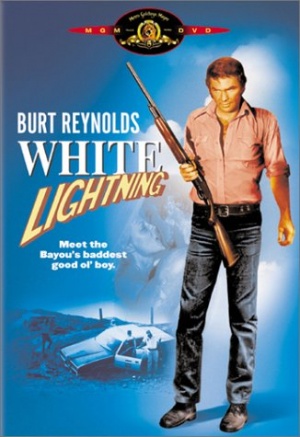 White Lightning is a 1973 action comedy starring Burt Reynolds as Gator McClusky, a former moonshiner who finds himself working with the Feds to expose a corrupt sheriff. Reynolds would return to star in the 1976 sequel, Gator.

The following firearms were used in the film White Lightning: 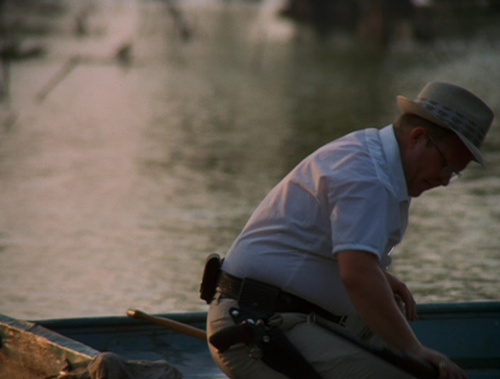 Connors' Model 10 in his holster as he reaches for his shotgun during the opening sequence. 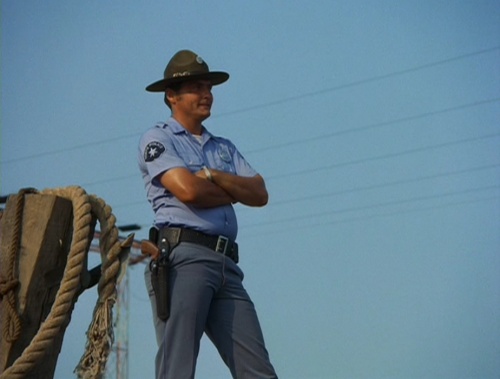 An Arkansas highway patrolman with a Model 10 holstered. 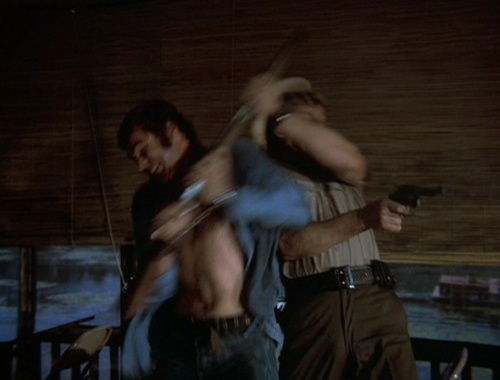 One of Connors' deputies fires a Model 10 as he struggles with Gator over a shotgun. 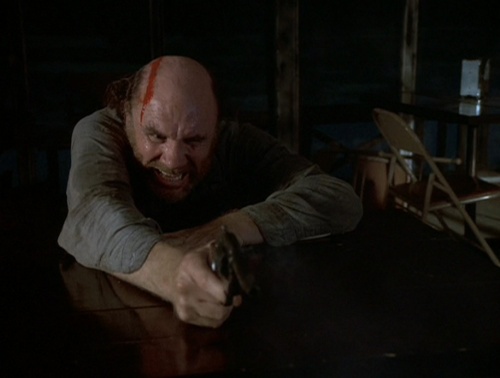 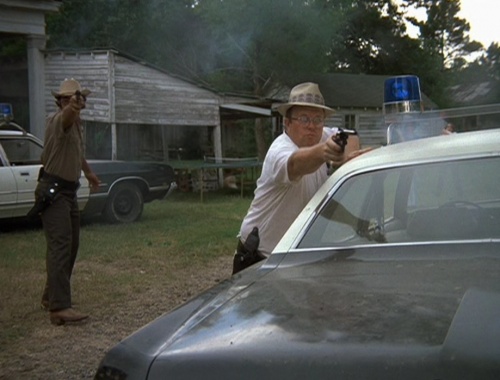 Connors and one of his deputies fire at Gator as he escapes in his '71 Ford. 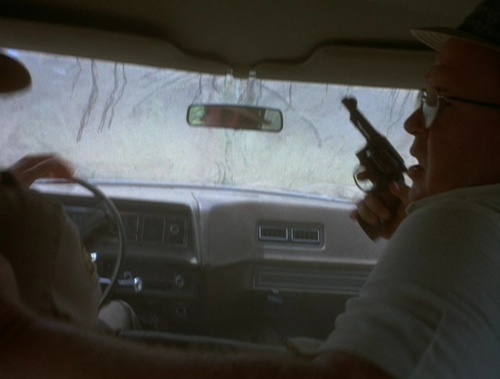 Connors draws his revolver to fire at Gator from his car.

A prison guard who watches Gator escape from prison carries a rifle, possibly a Winchester Model 70. 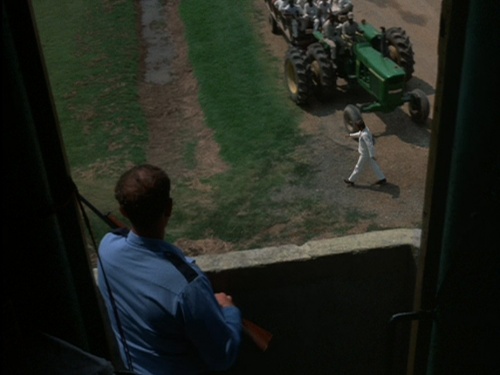 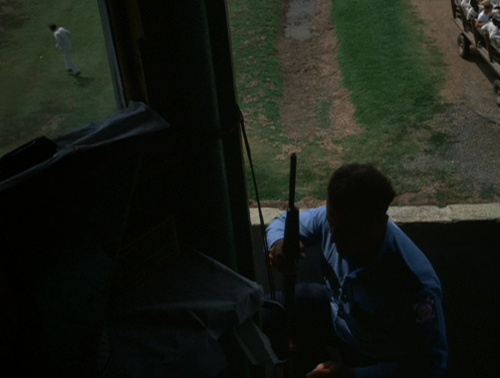 The guard raises his rifle as he steps through the tower.

During the funeral procession at the end, M14s are seen carried. 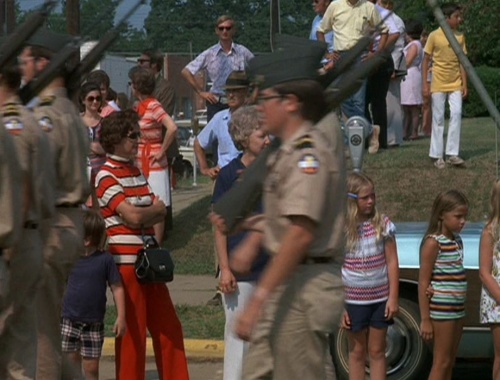 Also seen during the funeral procession at the end, is one M16 rifle.

The original M16, the first version, firing in a 20-round magazine, adopted in large numbers by the US Air Force in Vietnam. This has the original 3-prong flash hider. It would later be replaced by the upgraded M16A1 - 5.56x45mm

Sheriff J.C. Connors (Ned Beatty) uses a High Standard K121 to blow holes in Donny McKlusky's boat in order to sink it during the opening sequence. Gator McKlusky (Burt Reynolds) later grabs a similar shotgun from Dude Watson (Matt Clark), firing it into the ceiling of Dude's garage during the struggle. 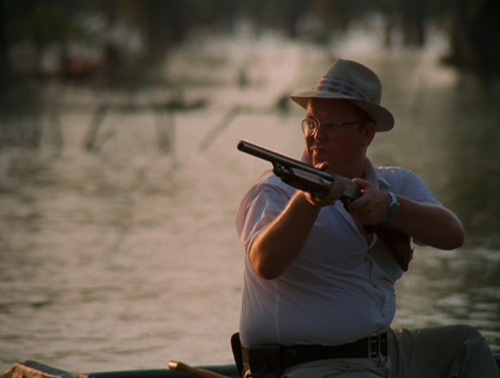 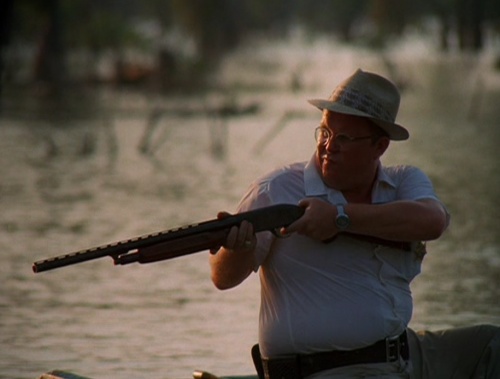 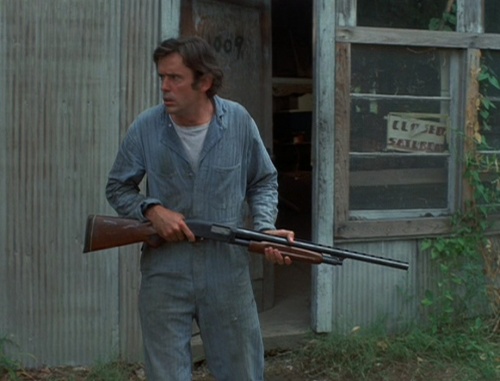 Dude Watson outside his garage with his High Standard K121 shotgun, looking for Gator. 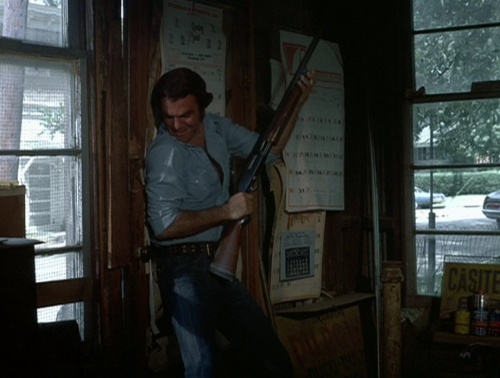 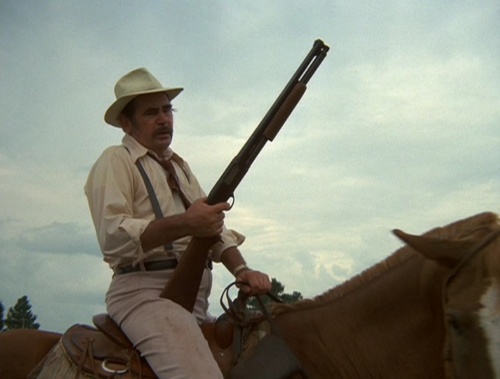 The warden with his shotgun.

Big Bear (R.G. Armstrong) carries a double barreled shotgun, which Gator McKlusky (Burt Reynolds) grabs from him and uses during the shootout. 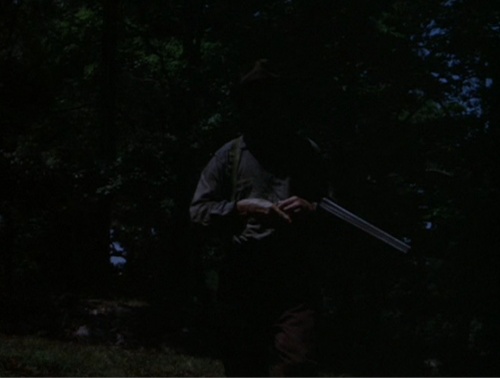 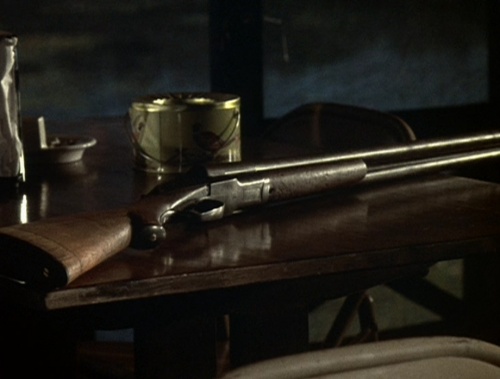 Gator spots the shotgun on the table. 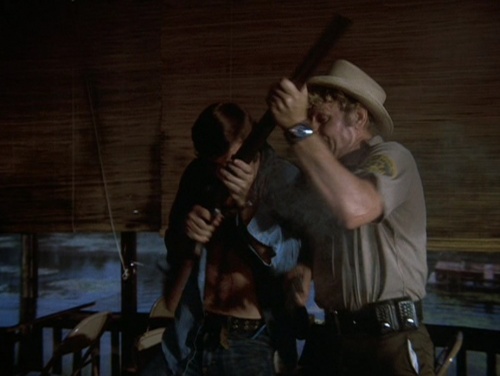 Gator and a deputy fight over the shotgun.
Retrieved from "http://www.imfdb.org/index.php?title=White_Lightning&oldid=1273503"
Categories: