When They Cry Expanded: Outbreak 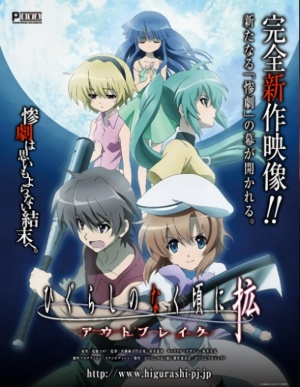 The following weapons were used in the OVA When They Cry Expanded: Outbreak:

The M1911A1 is used by Dr. Irie Kyōsuke when the outbreak at Hinamizawa starts to get out of control. 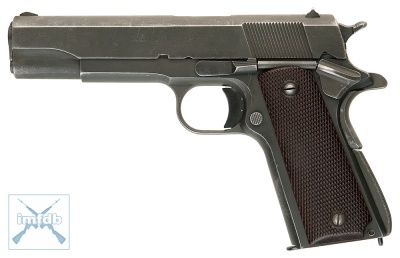 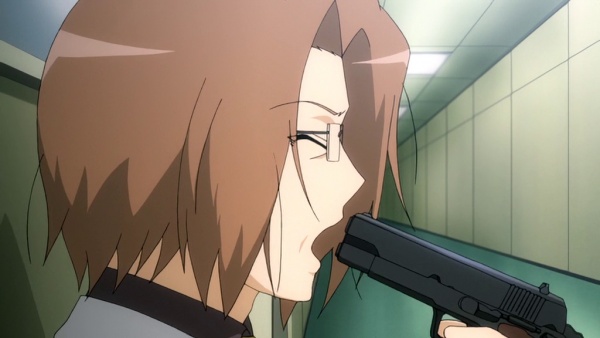 The good doctor decides to take the easy way out of the crisis.

The stainless Tokarev TT-33 is seen once again in Mion Shinozaki's shoulder holster. 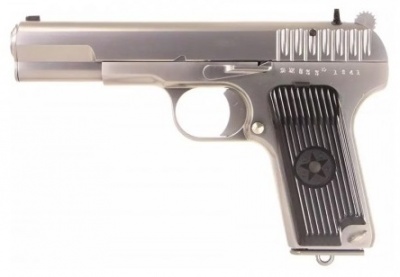 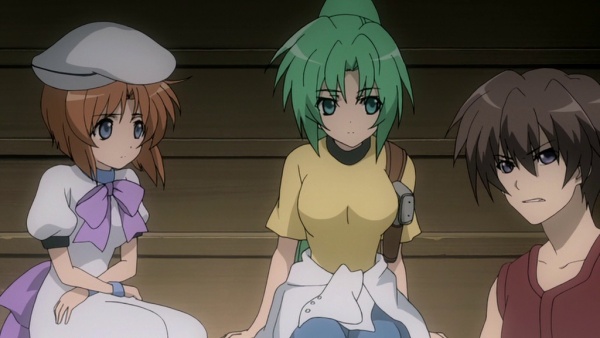 Mion talking to Keiichi and Rena about the JGSDF blockade.

The Heckler & Koch MP5SD3 is used by the Yamainu as their primary weapon. 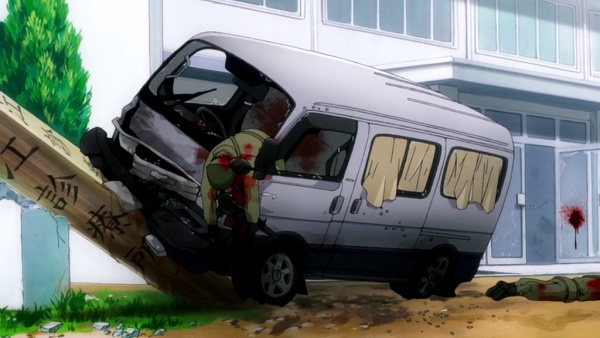 The discarded MP5SD3 still left on the corpse of a Yamainu agent in NBC gear. 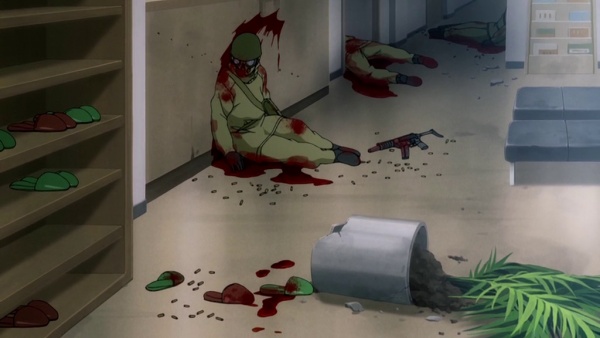 Another MP5SD3 on the ground near the corpse of a Yamainu agent in NBC gear.

The MP40 is seen in B&W photos during an Alphabet Council emergency meeting. 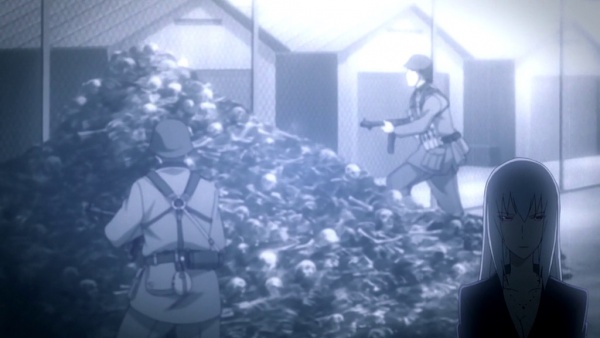 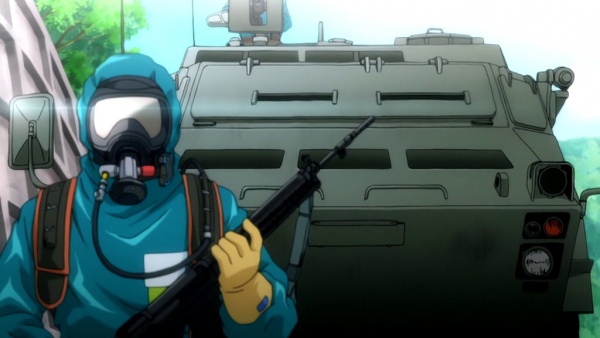 The JGSDF soldier with the Type 64 at a JGSDF-manned roadblock. 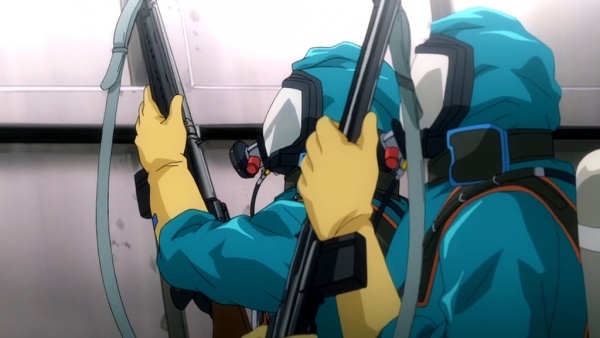 This shot shows the 20-round magazine used for the Type 64. 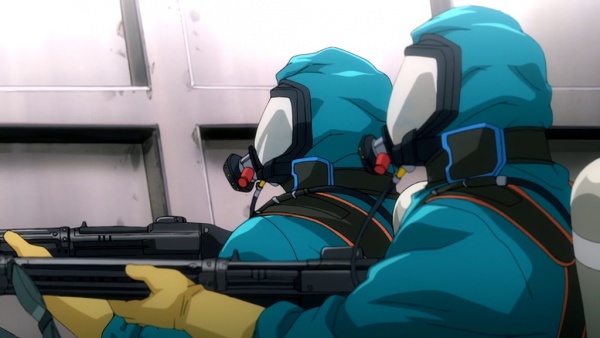 JGSDF soldiers warning Hinamizawa residents to return back to their houses.

A shotgun with parts from a Winchester-based carbine and a generic shotgun are seen with a crazy civilian trying to take potshots at Rena. 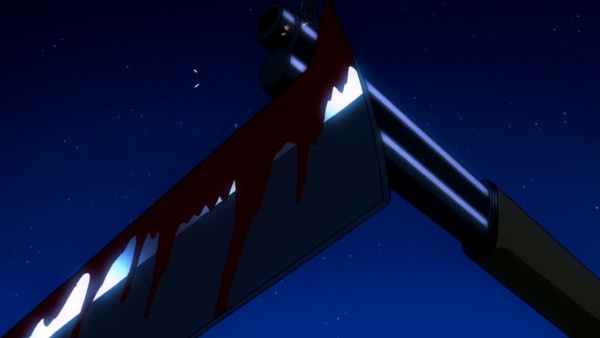 Closeup of the shotgun. Note that the barrel is influenced by Winchester-made carbines. 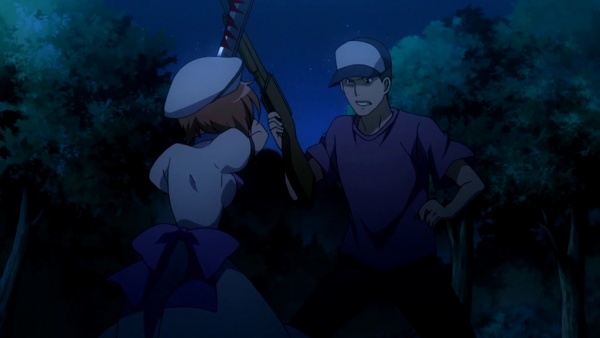 This shot shows the pump handle.

The Murata shotgun is seen with some of the armed civilians after they go nuts over the JGSDF blockade. 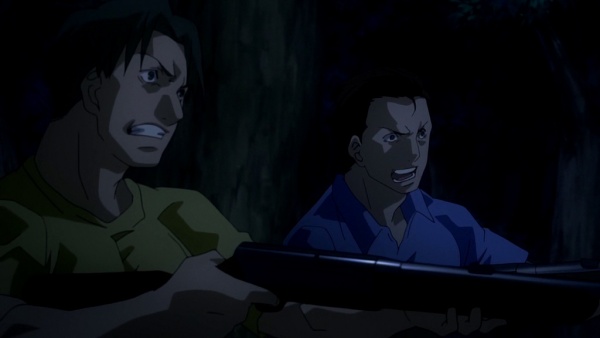 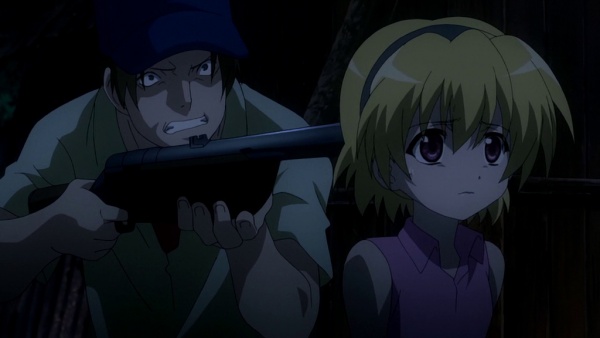 A crazy civilian threatens to use Satoko as a human shield.

What appears to be an Arisaka-type rifle is seen with a crazy civilian who tries to shoot at Rena. She kills him and later takes his weapon. 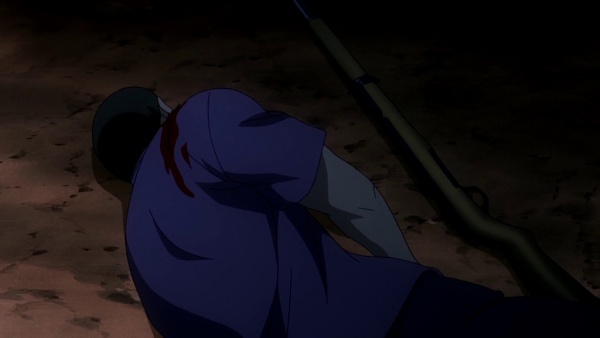 The dropped rifle next to the crazed civilian killed by Rena. 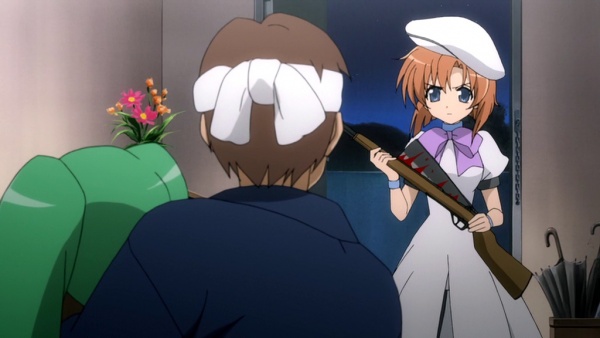 Rena with the retrieved rifle. Note that unlike the previous shot, the trigger guard is not round.

The Remington Model 700 is seen with armed civilians in Hinamizawa. 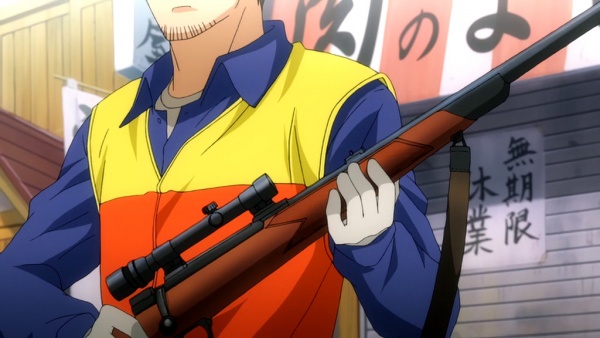 The Model 700 with an armed civilian in Hinamizawa. 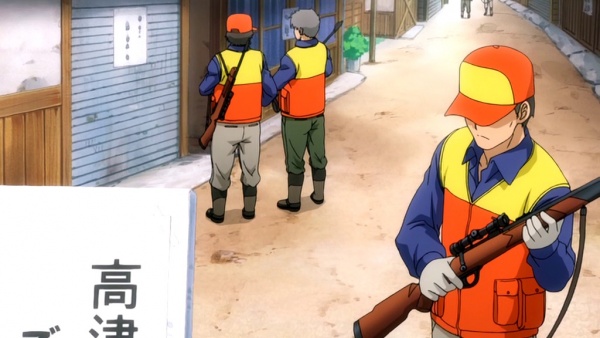 The Sumitomo M2HB is seen on top of a Mitsubishi Type 82 CCV.

Sumitomo M2HB, a licensed version of the Browning-made M2HB - .50 BMG 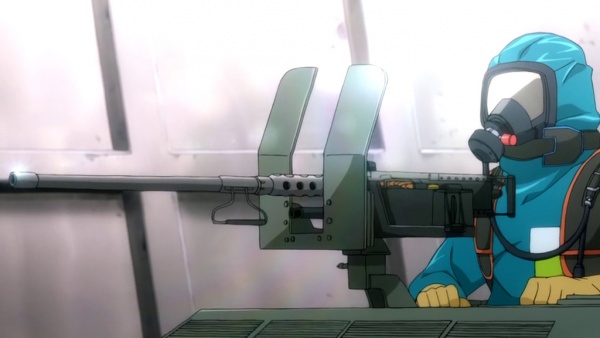 The Sumitomo M2HB on top of the Type 82 CCV.
Retrieved from "http://www.imfdb.org/index.php?title=When_They_Cry_Expanded:_Outbreak&oldid=1376810"
Categories: