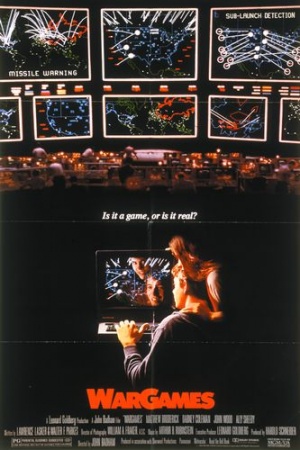 WarGames is a 1983 thriller directed by John Badham and stars Matthew Broderick as a teenage computer hacker who unexpectedly interfaces with the US military's ultimate supercomputer.

The following weapons were used in the film WarGames:

The Smith & Wesson Model 10 snubnose is carried by USAF officers Captain Jerry Lawson (John Spencer) and First Lieutenant Steve Phelps (Michael Madsen in his first acting role) in the opening of the film. Steve draws his revolver when Jerry refuses to turn his launch key, as the "two-man rule" directive prompts. 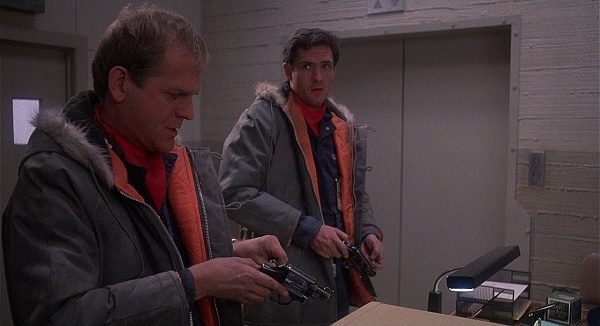 Smith & Wesson Model 10 snub revolvers are seen being loaded by USAF officers Jerry (John Spencer) and Steve (Michael Madsen) before they enter the launch control room. For some reason they are only given three rounds per gun. 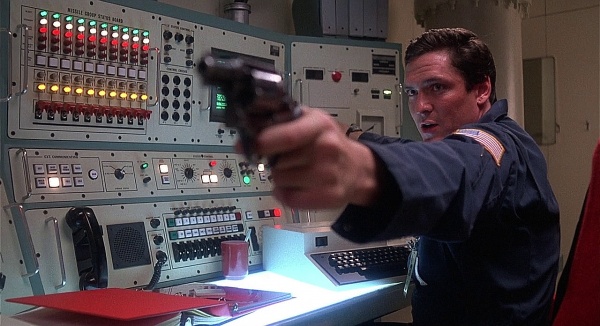 "Sir, we're at launch, turn your key!" Steve draws his revolver when Jerry refuses to turn his launch key. 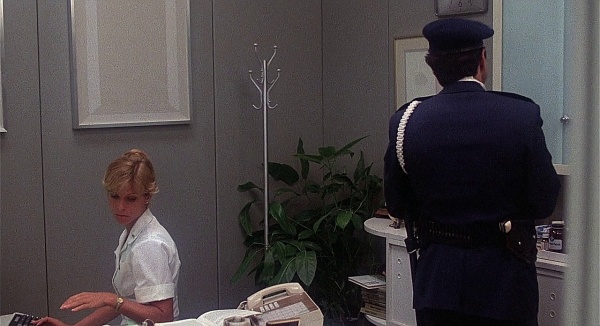 A USAF security officer carries a S&W in his holster.

The MGC Replica of the M16A1 is held by USAF security personnel at the NORAD facility. 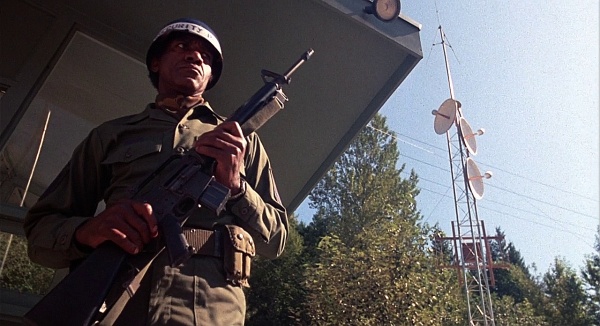 The MGC Replica of the M16A1 is the rifle carried by USAF security personnel at the NORAD facility.
Retrieved from "http://www.imfdb.org/index.php?title=WarGames&oldid=1362903"
Categories: