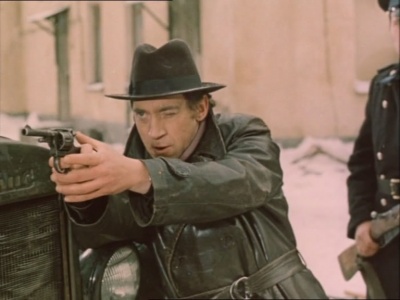 Vladimir Semyonovich Vysotsky (1938-1980) was an iconic Soviet-Russian singer, songwriter, poet, and actor whose career had an immense and enduring effect on Russian culture. Although best known as a singer-songwriter, he was also a prominent stage and screen actor. His stage career mostly took place in Moscow Theatre of Drama and Comedy on the Taganka. Vysotsky's filmography counts 28 movie and TV roles among which are popular Vertical, Intervention, Taiga's Master, Two Comrades Were Serving and one of the most well-known The Age of Mercy (Mesto vstrechi izmenit nelzya). Vladimir Vysotsky died 1980, July 25, aged 42, of a heart attack.