Vampire Slayer is a total conversion modification for the PC game Half-Life. The final version "Chapter VI" was released in 2004 and is available at the game's official homepage.

The game itself is designed as a multiplayer game and themed on team-based battles of Vampires vs. Vampire Slayers. The Vampire Slayers are better armed, but the vampires are able to move faster and to resurrect, if they are not ultimately killed by the slayers with the classic stake. A round ends when either all of the members of one team are killed or time runs out, the latter leading to a draw.

The players on each side can select from three characters each. While the Vampires are all armed with their claws and some special abilities (e.g. temporary invisibility), the Vampire Slayers carry a load of firearms. Vampires who lost their health resurrect after a short time and then can regain health from the bodies of Vampire Slayers.

Interestingly, Vampire Slayer players are not equipped with the maximum amount of ammunition at the beginning of each round, but can acquire additional ammunition from the remains of dead teammates. Bodies and the remaining backpacks stay on the map over several rounds. The game itself retains the slot system of Half-Life.

The following weapons appear in the video game Vampire Slayer:

The Colt Government Model is carried by Vampire Slayer Molly and is selected along with a stake in slot 1. Interestingly, the primary fire mode is a stab with the stake, while the Colt Government is fired through the secondary fire mode. Correctly holds 7-shot magazines and is quite accurate. 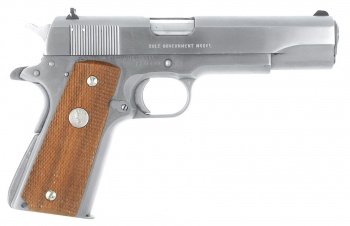 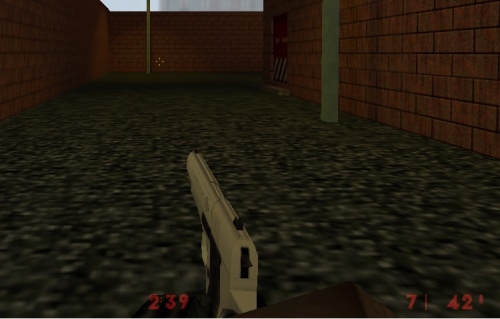 The Colt Government Model in-game. The stake can be seen at the bottom.

Vampire Slayer Eightball carries the Thunder 5 revolver, which is called "ThunderFive" in the game. In the game the revolver is modified to shoot shotgun ammo, as the manual states. Selected in slot 2. 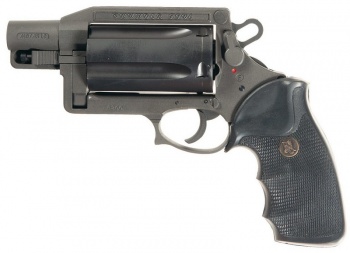 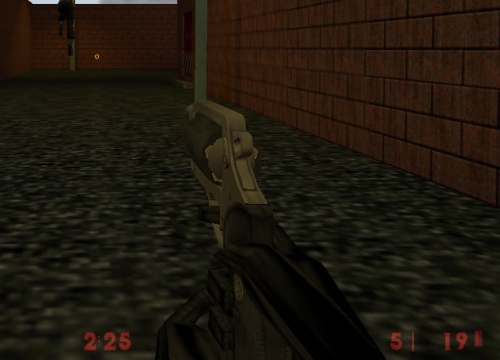 Vampire Slayer Father D. carries the Mossberg 590, which is called the "Mossberg Shotgun" in the manual, but simply "Shotgun" in the game. A classic pumpgun holding 8 shots and relatively powerful. Secondary fire mode shoots two shells at once, as it is just a reskin of Half-Life's SPAS-12. 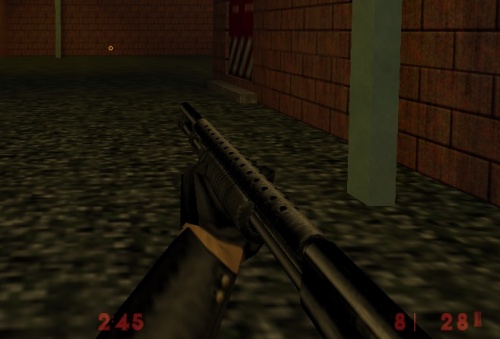 The second firearm of Father D. is a generic sawn-off double barreled shotgun, which is selected through slot 3. It has two barrels which have to be reloaded after each shot. Handling is quite interesting; while the primary fire mode fires one barrel, the secondary mode fires the other one. And it should be noted that Father D. holds this gun in one hand. 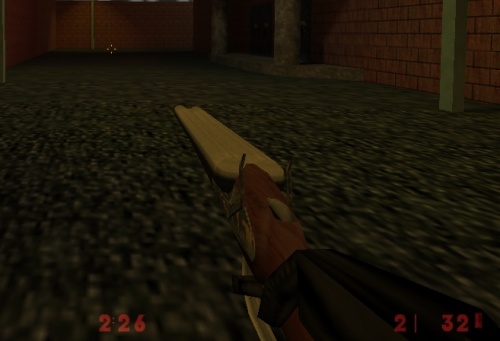 The main firearm of Eightball is a Winchester Model 1887, to be found in slot 3. It is strangely depicted as a rifle rather than a shotgun, and is reloaded through a completely fictional right-side loading port. It holds 12 rounds and offers a zoom mode over the secondary fire button. A precise and deadly weapon. 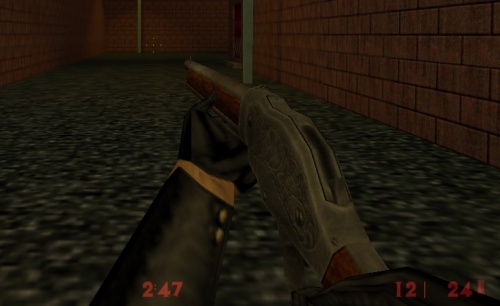 The "Winchester Rifle" of Eightball.

Looking down the sights in zoom mode.

The Micro Uzi occupies slot 2 of Molly's arsenal and is the only fully automatic weapon of the game. Has a 36-round magazine and is quite accurate for its rate of fire, but however inflicts not overly much damage. It usually takes almost one third of the magazine to "kill" a Vampire. It lacks the folding stock, but the fire selector still has markings for all three positions indicating that it is not an Uzi Pistol. 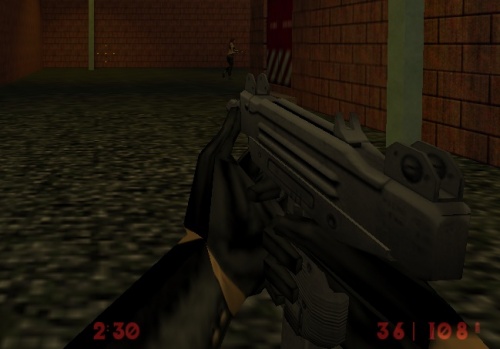 The Micro Uzi in the hands of Molly. 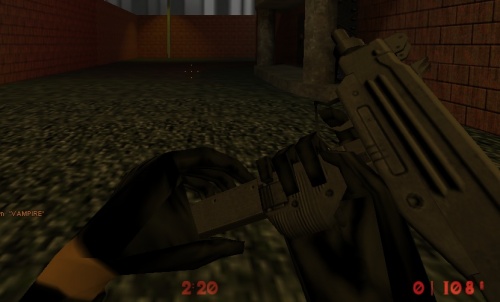 A mighty weapon to ultimately kill Vampires from a distance, if the bolt is shot right through the head. Comes with a zoom scope, but takes very long to reload. Found in slot 3 of Molly. 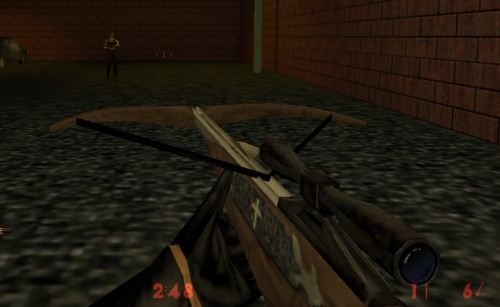 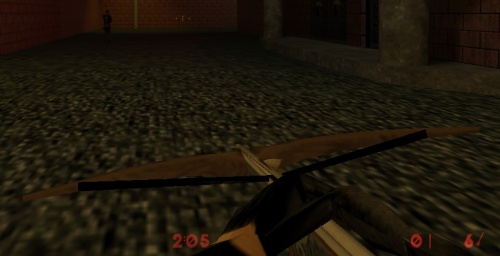