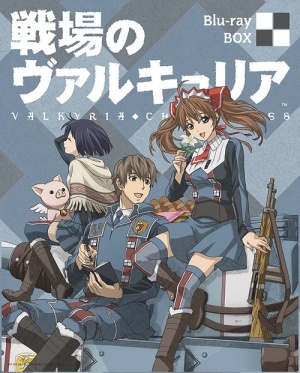 The following weapons were used in the anime adaptation of the PlayStation 3 video game Valkyria Chronicles:

Maximilian uses a Nagant Revolver. The weapon's cylinder appears to be different from its real-world counterpart, though it is hard to tell if it is intentional or a mis-animation. 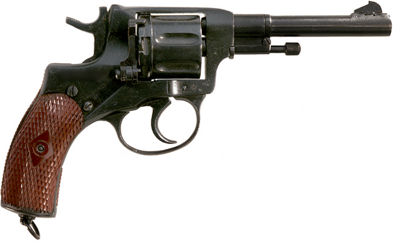 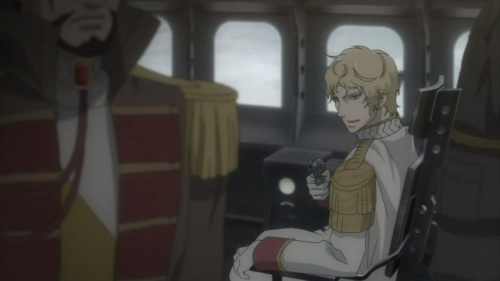 A Nagant M1895 revolver used by Maximilian as his personal defense weapon and to shoot those who do not follow orders. The M1895 is aimed at Jaeger. 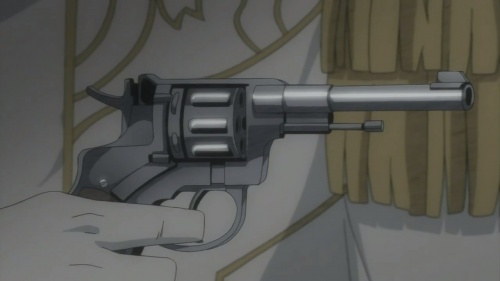 Maximilian threatens his officers with the M1895 revolver after they question his decisions.

The Model 24 Stielhandgranate grenade makes an appearance in Valkyria Chronicles as part of the large military memorabilia inside the Gunther house. The grenade is described to have been used in "The First War" by Isara, it is used by Alicia. It is also shown being thrown into a room during the second opening song. 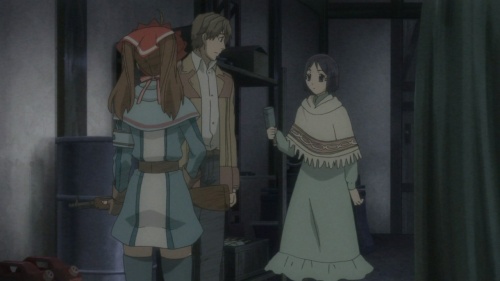 Isara holds the Model 24 hand grenade. The actual explosive storage is depicted as being considerably larger than reality. 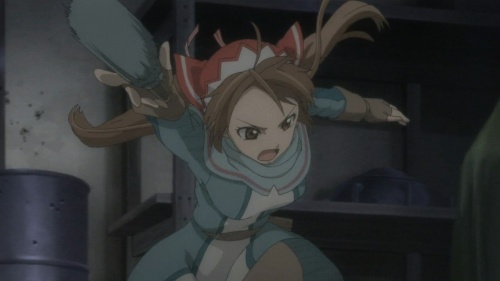 Alicia throws a Model 24 grenade at an Imperial soldier. 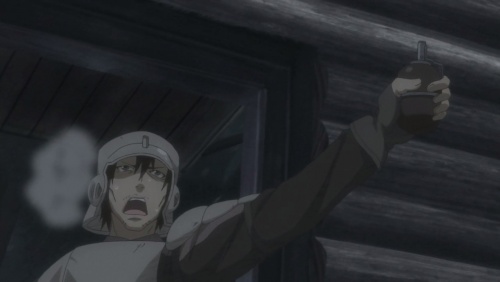 This Imperial soldier takes an effective approach to hold Welkin and Alicia hostage by pulling the pin of his RDG-5 before entering the cottage. 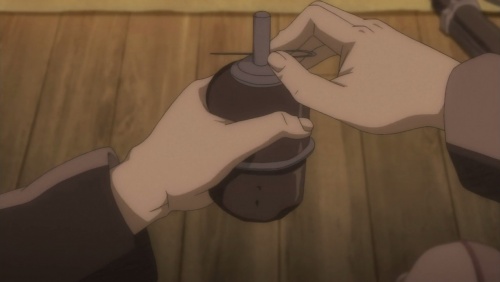 The same soldier, upon befriending Welkin and Alicia, attempts to re-attach the pin of the grenade all the while slowly bleeding out from gunshot wounds.

NOTE: Valkyria Chronicles contains a large number of fictional weapons that draw inspiration from various weapons from the WWI and WWII period (and thus can easily be mistaken for one such firearm), but are not modeled after any specific weapon.

Welkin, Alicia and Faldio make use of a fictional semi-automatic handgun as their primary sidearms, and as such it can be assumed that this weapon is the standard issue handgun of the Gallian armed forces (although it is not seen in any other hands but the protagonists). The design draws some aesthetic influence from the M1911 design. 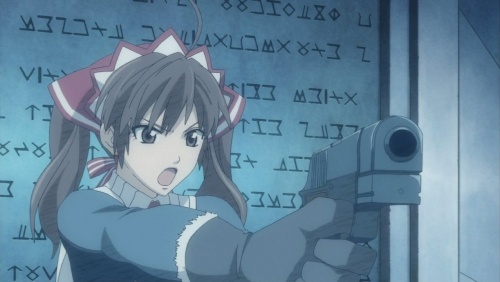 Alicia takes aim at Selvaria with a pistol. 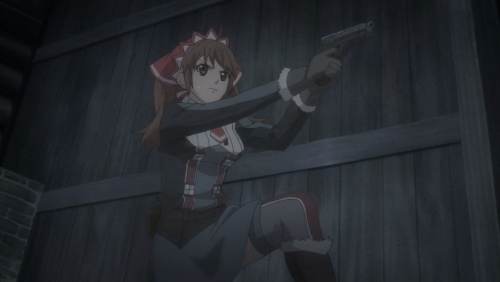 Alicia draws her pistol on an Imperial soldier who bursts into the hut. 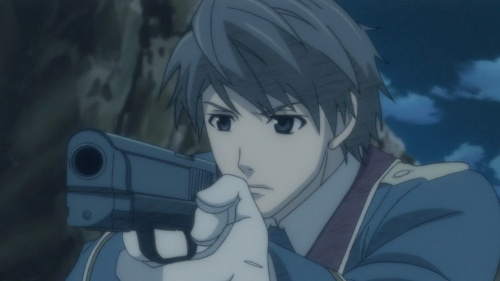 Welkin draws his own pistol on a hostage taker. Interestingly enough he had just attended a ceremony with the Princess Cordelia. Couldn't a party guest carrying a loaded semi-automatic handgun count as a security risk? 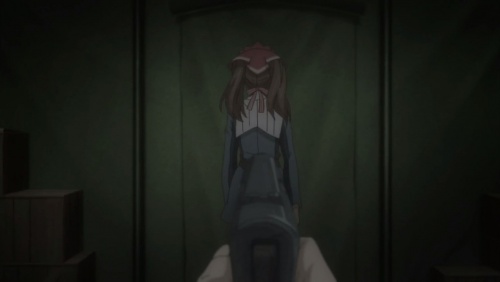 Faldio aims down the sight of his sidearm. 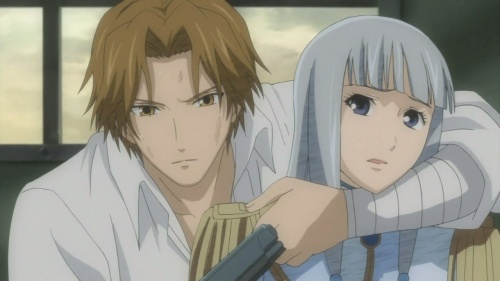 This fictional semi-automatic rifle is the primary rifle of both the Gallian Army and the Gallian Militia and are used by all military riflemen, most notably Alicia, Welkin and Faldio. A scoped sniper variant is used by Faldio, Squad 7 members and some Imperial snipers. The weapon draws aesthetic influence from the Gewehr 43 rifle. 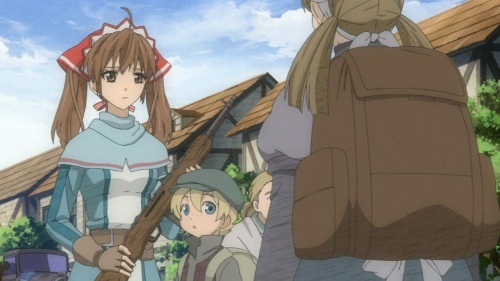 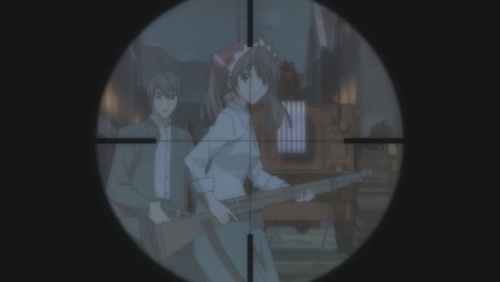 Through an Imperial sniper's scope we get a clear view of Alicia's rifle. 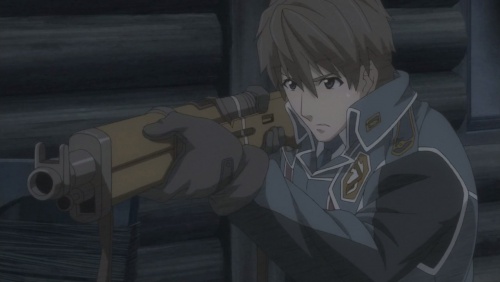 Welkin gives us a lovely picture of his rifle. 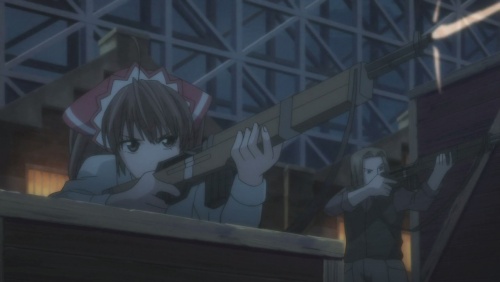 Alicia fires her rifle alongside Herbert. 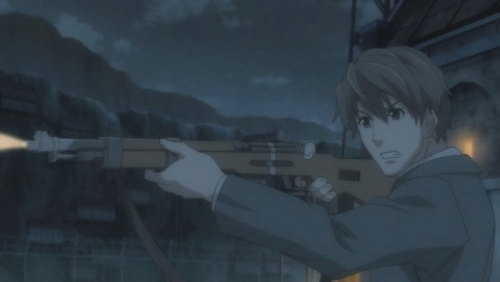 Welkin fires a rifle during the infiltration of the Imperial mine. 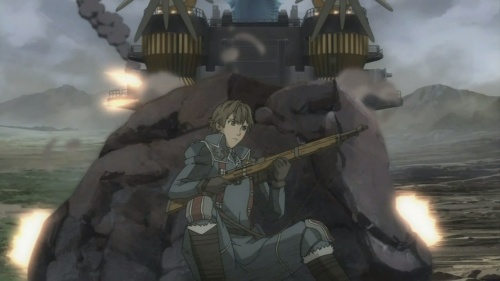 Welkin takes cover with a rifle. 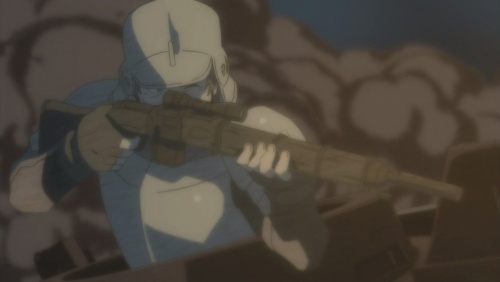 An Imperial aims a sniper rifle. 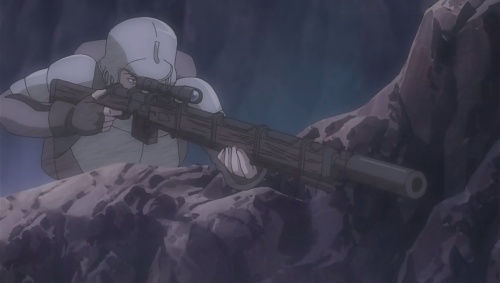 Another Imperial sniper takes aim. Unlike the others who always seemingly fail to kill Alicia, this one succeeds in killing young Isara Gunther 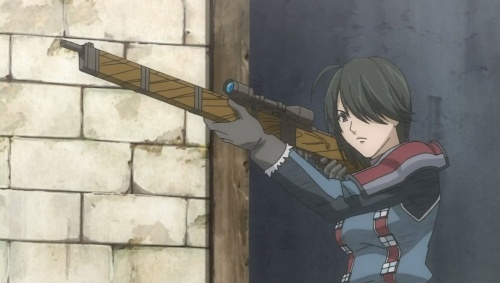 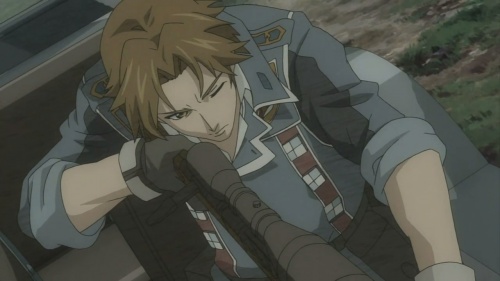 Faldio saves Welkin from Imperial riflemen with his own sniper rifle.

A fictional submachine gun that looks like an enlarged MP40 is used by Imperial Army Shocktroopers. 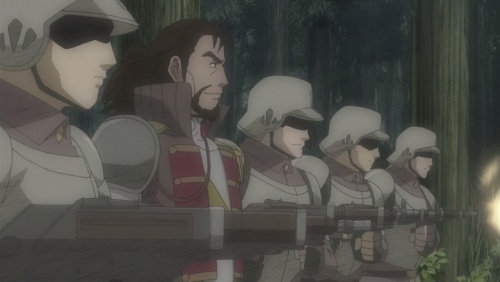 A squad of Imperial Shocktroopers armed with sub-machine guns.

A fictional short-barreled assault rifle appears as a standard arm of the Gallian Military Shocktroopers, notably by Rosie. It appears to be inspired by the AKS-74U. 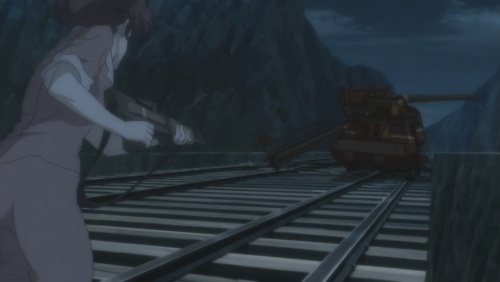 Rosie charges the Imperial railgun with her short-barreled rifle. 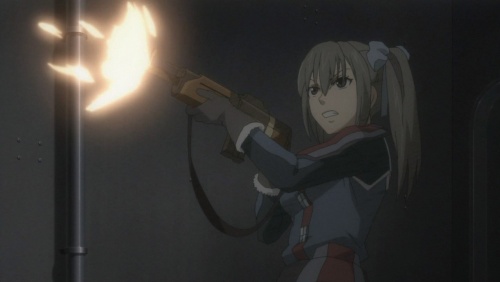 Edy Nelson fires her weapon during the attack on the Imperial superweapon. 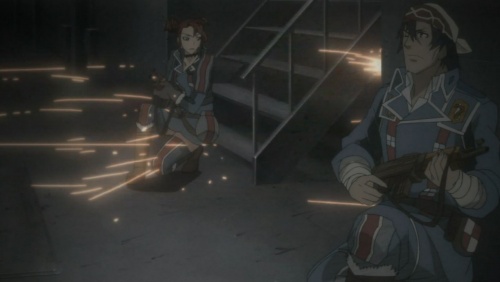 Rosie and Zaka pinned down with their rifles.
Retrieved from "http://www.imfdb.org/index.php?title=Valkyria_Chronicles&oldid=1192760"
Categories: