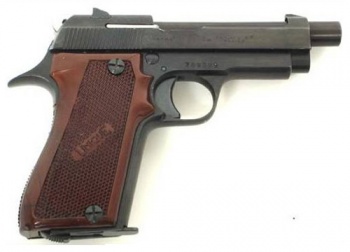 Unique Bcf-66 (sometimes mentioned as BCF 66) is a French pistol that was manufactured by Manufacture d' Armes des Pyrénées Françaises (MAPF) in 1954-1980. Its design with open-topped slide is based on pre-war Beretta models.

The Unique Bcf-66 and variants can be seen in the following films, television series, video games, and anime used by the following actors: