Umineko: When They Cry

From Internet Movie Firearms Database - Guns in Movies, TV and Video Games
(Redirected from Umineko When They Cry)
Jump to: navigation, search

Umineko: When They Cry (Umineko no Naku Koro ni, or literally translated; "When The Seagulls Cry") is a 26 episode anime series based on a series of visual novels by 07th Expansion.

See also: When They Cry

The following weapons were used in the anime series Umineko: When They Cry:

The mansion on Rokkenjima Island contains a four Winchester Model 1894 rifles, all of which have been cut down to resemble Winchester Model 1892 Mare's Leg rifles and are outfitted with enlarged lever loops. These rifles are used by many of the characters on different occasions. Note that while the anime never names these rifles, the original Visual Novel specifically identifies them as Model 1894s chambered in .45 Long Colt, though these rifles are shown next to a number of what are clearly .30-30 rounds, suggesting that these rifles are chambered for the 1894's original .30-30 round. 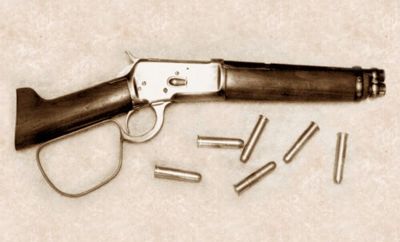 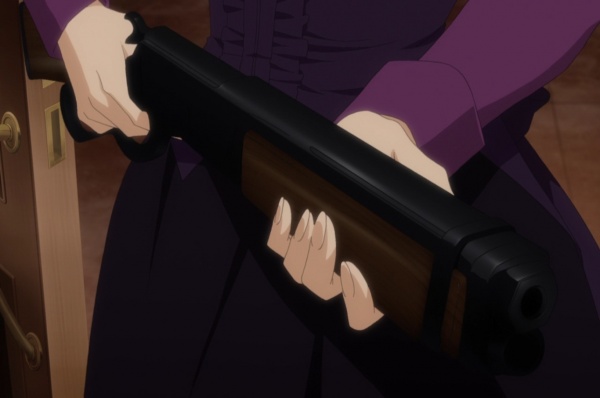 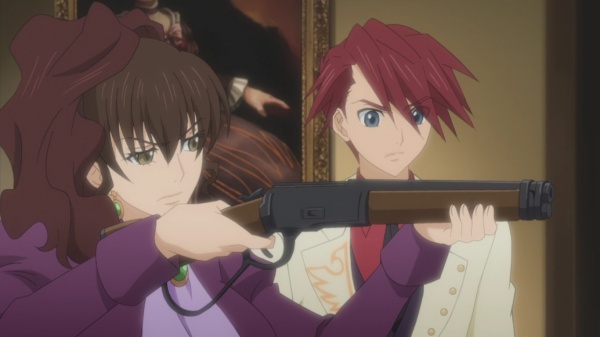 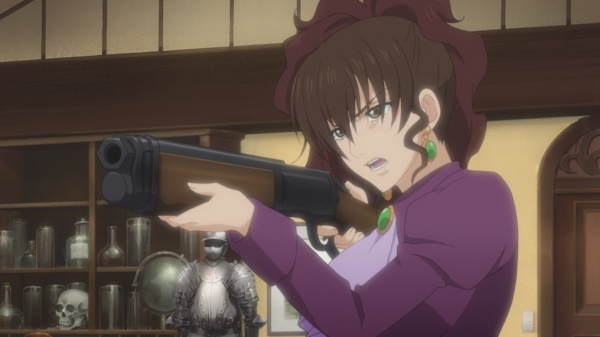 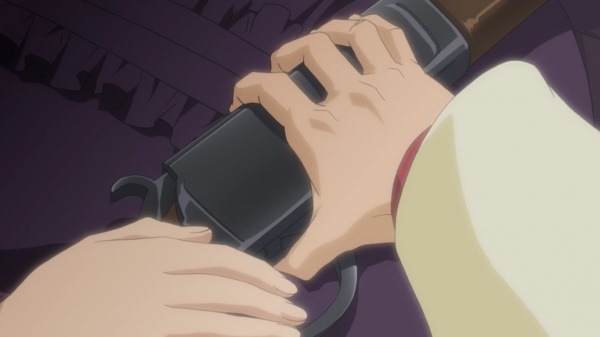 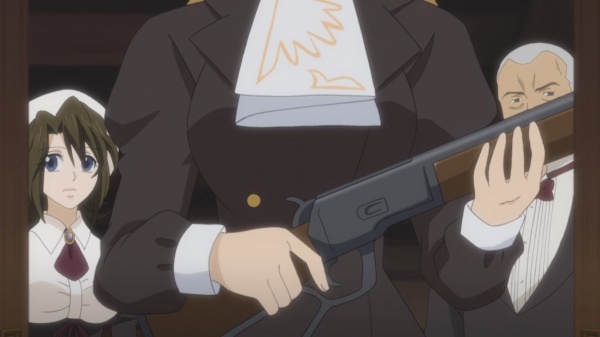 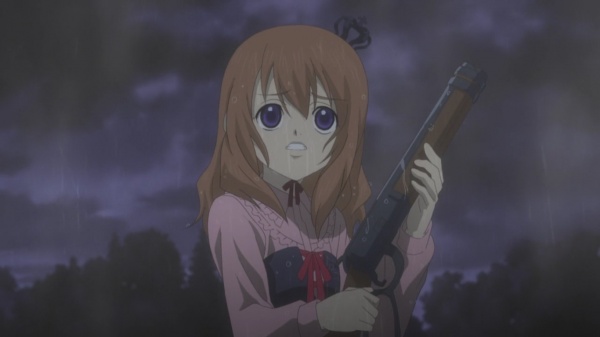 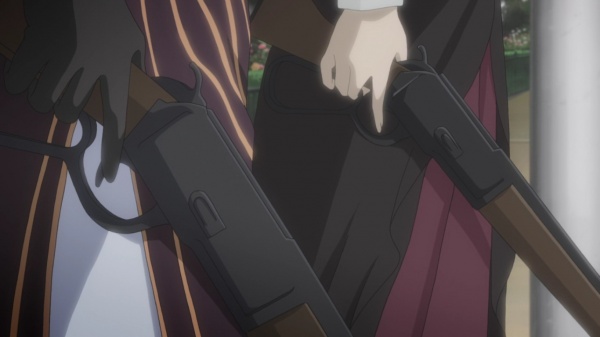 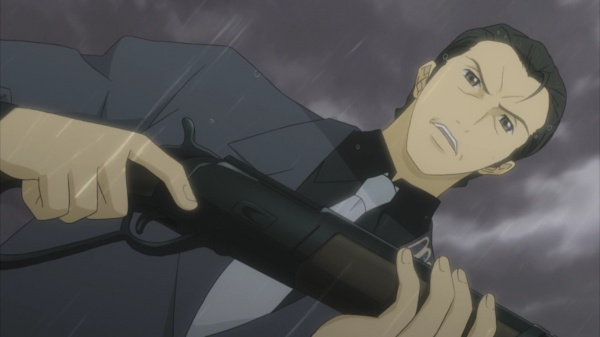 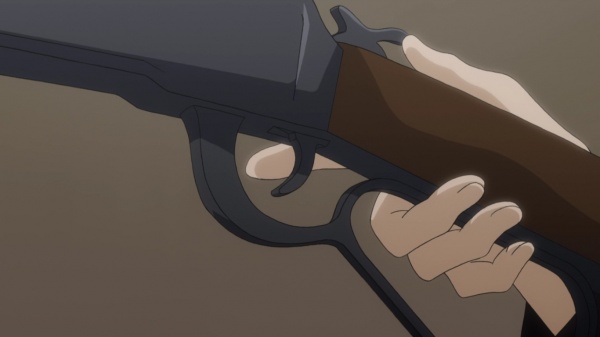 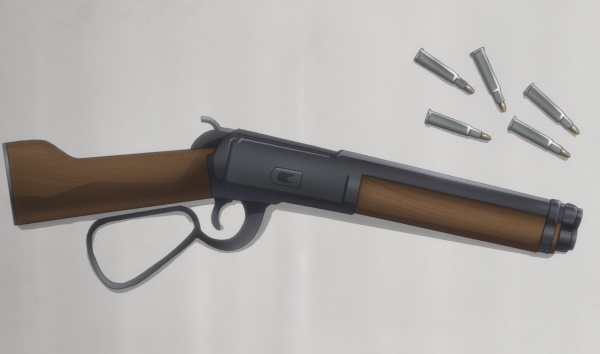 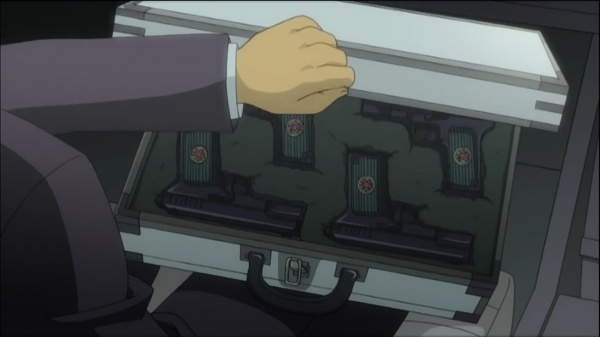 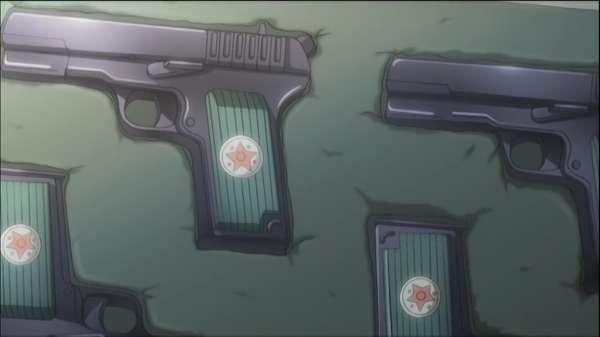 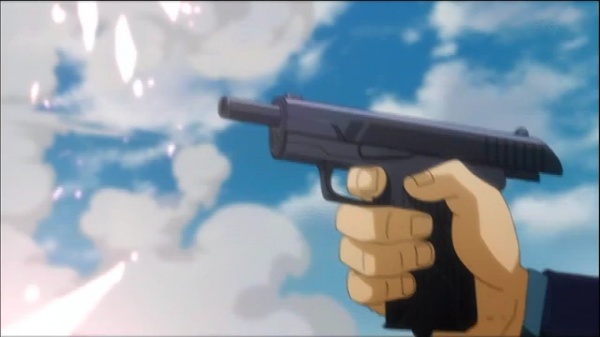 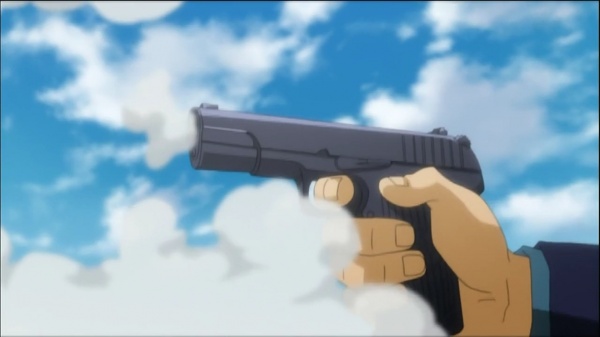 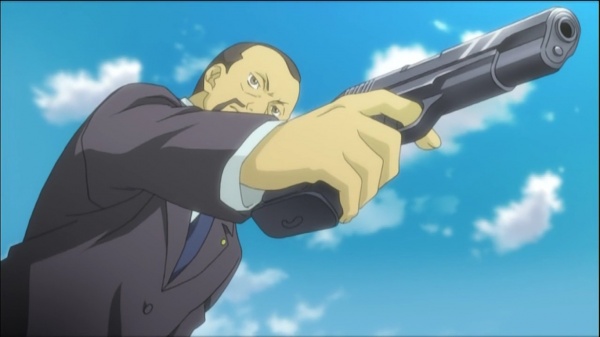 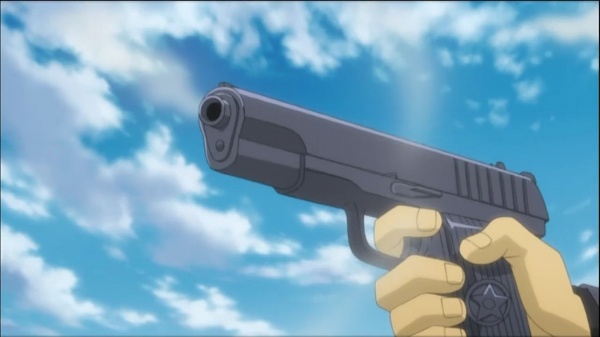 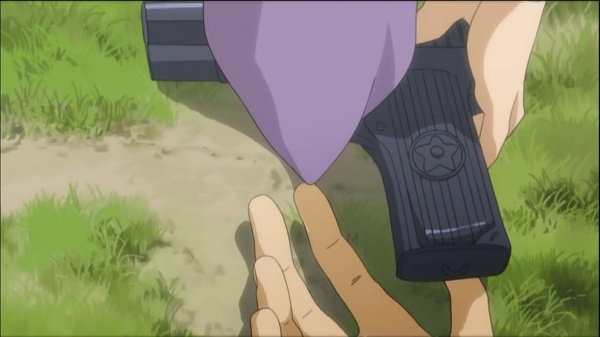 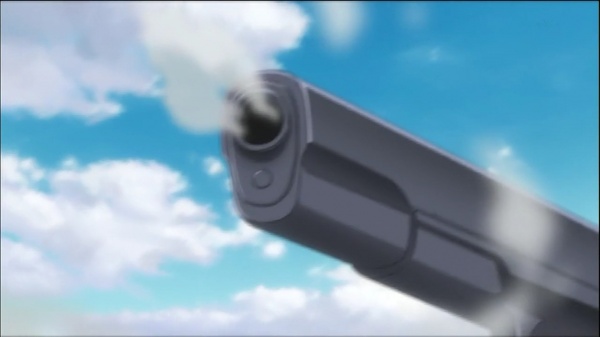 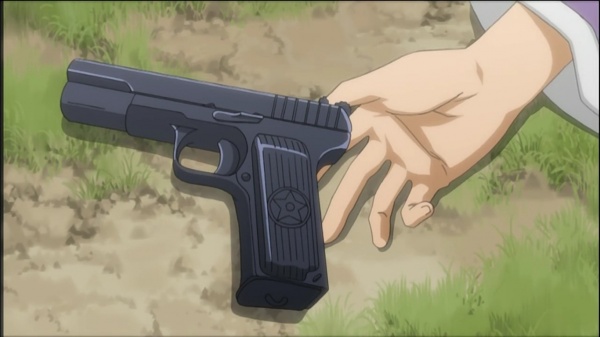 Perfect view of the TT in Kasumi's hand... 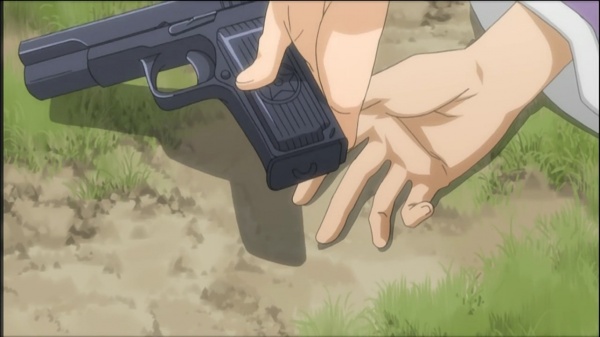