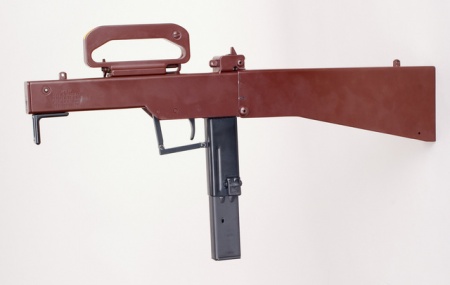 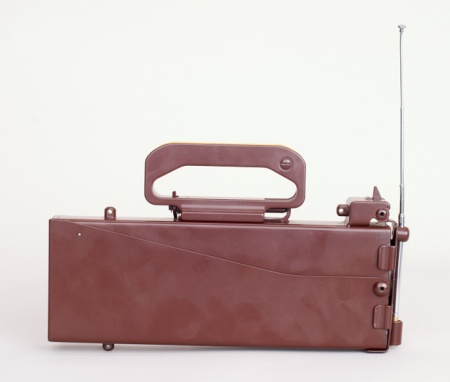 The UC-9 (Under Cover 9mm), later known as the DEB M21 (David E. Boatman Model 21), was a submachine gun designed by American Utah Connor and produced by David Boatman. It is a folding submachine gun, in the same vein as the Ares FMG, though the two were developed in parallel and had no relations beyond conceptual similarities.

The first prototype was developed by Utah Connor as the UC-9. Connor was later contacted by Tim Bixler for an opportunity to produce more of the weapon. Bixler contacted gun maker David E. Boatman to produce the later guns. The three improved on the prototype design and designated the produced weapons as the DEB M21. Nine M21s were produced in total, each having a different colored finish aside from two weapons in black. The Hughes Amendment came into effect in 1986 and ended the rest of the production.

While just nine M21s were produced, Utah Connor had registered a lot more M21 receivers that he never made into full guns. When Utah Connor passed away, American Michael Shyne bought the rest of the receivers and produced them into a new generation of foldable SMGs, simply named the UC submachine gun.

The UC-9 and variants can be seen in the following films, television series, video games, and anime used by the following actors: