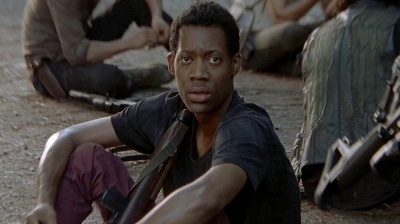 Tyler James Williams holds the M1 Carbine as Noah in The Walking Dead.

Tyler James Williams is an American actor well known to television audiences for his role as the titular character in the series Everybody Hates Chris. He has since appeared in such series as The Walking Dead, Criminal Minds: Beyond Borders, and Whiskey Cavalier.