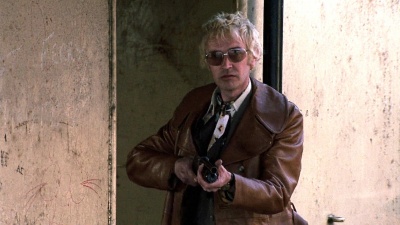 Tony Beckley (1927-1980) was a British actor who worked extensively in movies, television and the stage. He appeared in what are now considered three classic British crime movies (The Italian Job, Get Carter and Sitting Target). During his career he worked with such actors as Michael Caine, Peter Sellers and Ian McShane. His last credited role was as the murderer Curt Duncan in the 1978 thriller When a Stranger Calls. His star was climbing in Hollywood when he died on April 19, 1980 from cancer (brain tumor).