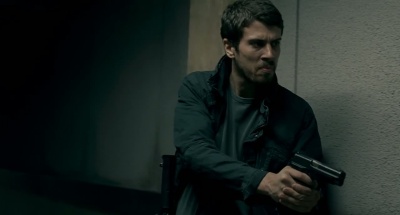 Toby Kebbell with a SIG-Sauer P226 as Robert Miller in The Veteran.

Toby Kebbell is an English actor who has appeared in such films as The Veteran, The Conspirator, and Kong: Skull Island. He also provided the motion capture performance for both the characters of Koba in Dawn of the Planet of the Apes and King Kong in Kong: Skull Island.